Who is Alexander Vindman?

If we are to believe mainstream media Alexander Vindman is a true patriot and is a reliable non-partisan witness.

Others beg to differ. 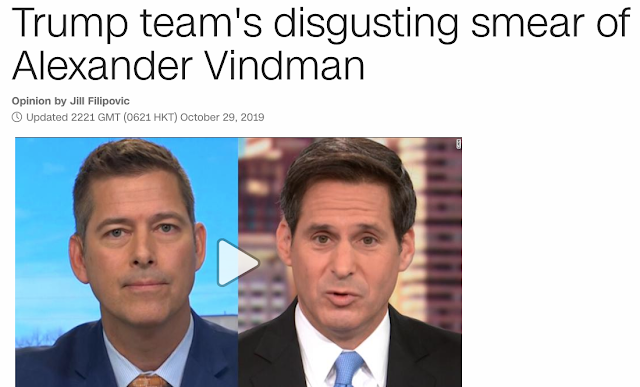 This, for instance is the view of the pro-Trump Right 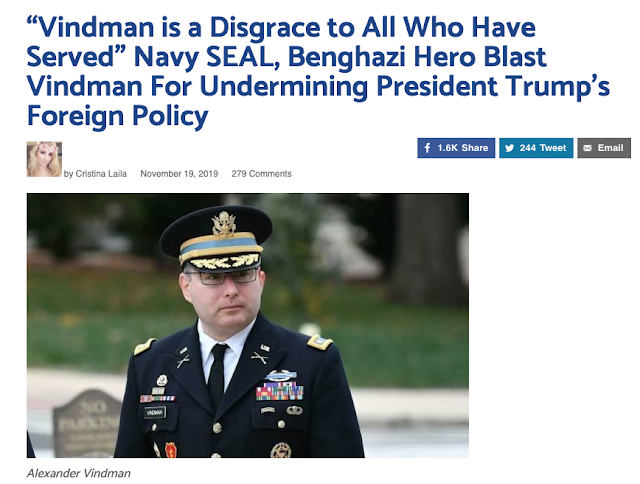 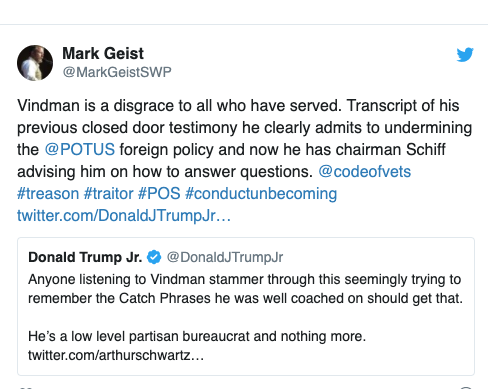 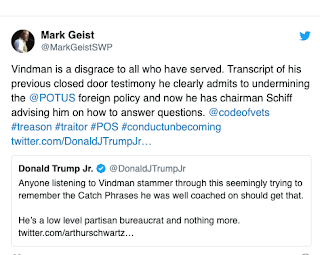 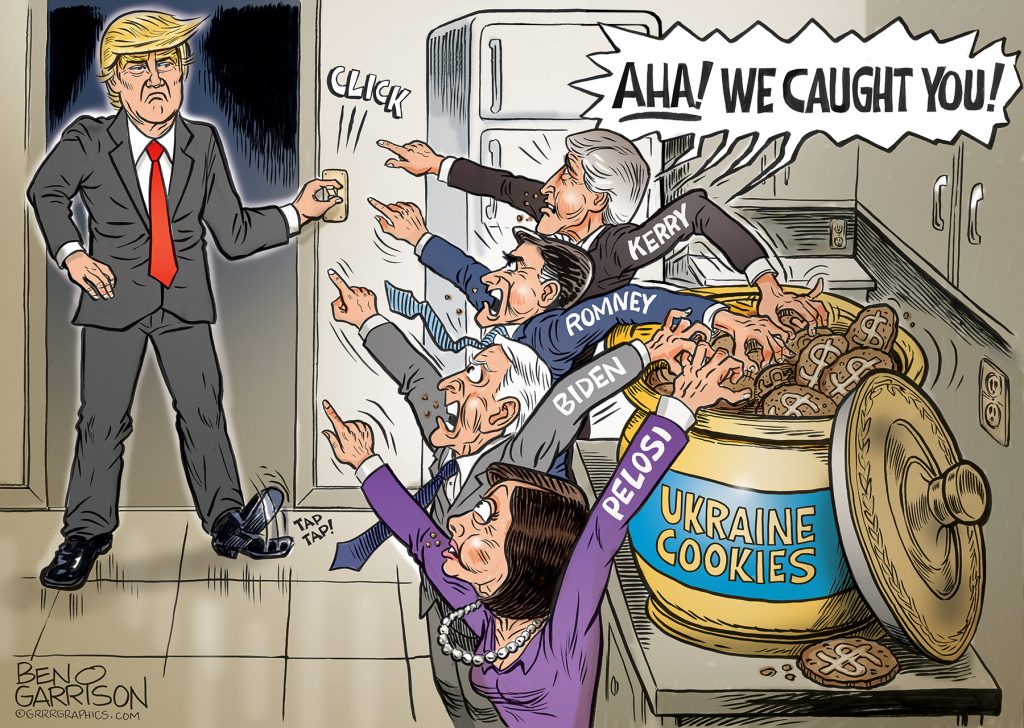 Making up Parts of Trump

Lt. Col. Alexander Vindman admitted he made up elements of President Donald Trump’s call with Ukranian President Volodymyr Zelensky in an official summary.

Prior to the call, Vindman included a discussion about corruption in the talking points provided to the president but Trump did not use them in the call.

The summary Vindman wrote after the call read:

President Trump underscored the unwavering support of the United States for Ukraine’s sovereignty and territorial integrity – within its internationally recognized borders – and expressed his commitment to work together with President-elect Zelenskyy and the Ukrainian people to implement reforms that strengthen democracy, increase prosperity, and root out corruption.

But Vindman clarified during his testimony that the president did not bring up the topic rooting out corruption during the phone call, but he included it in his summary of the call anyway.

When asked by the Democrat counsel about whether the summary he wrote was false, Vindman hesitated.
“That’s not entirely accurate, but I’m not sure I would describe it as false, it was consistent with U.S. policy,” Vindman said.
Vindman said he included the rhetoric about corruption as a “messaging platform” to describe U.S. policy toward Ukraine, even though it was not discussed on the call.
Author: Charlie Spiering
Source: Breitbart: Alexander Vindman Admits Making up Parts of Trump Call Summary

National Security Council official Alexander Vindman testified Tuesday during the third public impeachment inquiry hearing that Ukraine’s then-head of National Security and Defense Council Oleksandr Danylyuk offered him the position of defense minister three times.
Vindman said one of the times came when he was visiting Ukraine for the newly-elected president’s inauguration in May.

“At any point during that trip did Mr. Danylyuk offer you a position of defense minister with the Ukrainian government?” the Republican counsel Steve Castor asked Vindman.

“And how many times did he do that?” Castor asked.

“I believe it was three times,” Vindman.

“And do you have any reason why he asked you to do that?” Castor asked.

“No, I don’t know, but every single time I dismissed it, upon returning I notified my chain of command and appropriate counterintelligence folks about the offer,” Vindman said.

“That was a big honor, correct?” Castor asked.

Vindman, who immigrated from Ukraine to America as a child, responded:

I think it would be a great honor, and frankly I’m aware of service members that have left service to help nurture the developing democracies in that part of the world.

But, he added, “I’m an American, I came here as a toddler and immediately dismissed these offers, I did not entertain them.”

He called the notion “comical,” since he was just a lieutenant colonel, and he said he did not leave the door open at all.

“These are honorable people, I’m not sure if he meant it as a joke or not,” he said.

Later in the hearing, Rep. Jim Himes (D-CT) slammed Castor for asking about it.

“The three minutes that were spent asking you about the offer made to make you the new minister of defense — that may have come cloaked in a Brooks Brothers suit and in parliamentary language, but that was designed exclusively to give the right-wing media an opening to question your loyalty,” he argued. 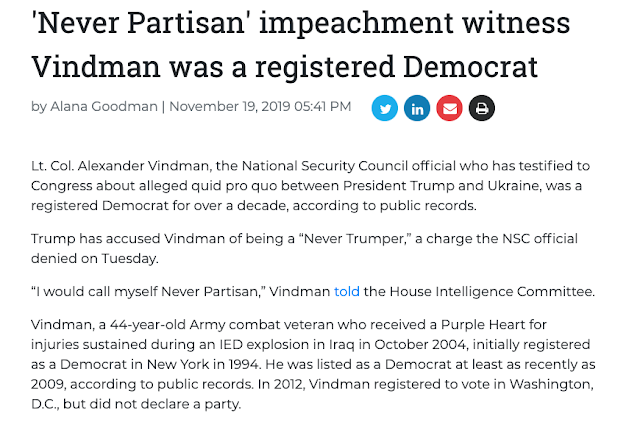 https://www.washingtonexaminer.com/politics/key-impeachment-witness-vindman-was-registered-democrat
Posted by seemorerocks at 11:17