Is the coup being led by Jews?

This is of course, verging on being "anti-semitic" - but it is also true - just see the article from below. The Israelis are allowed to be as racist as they like and get away with it.

From the horse's mouth. Forward is an American Jewish publication

he holidays are coming, a chill settled across much of America this week, and impeachment is going public. It’s time to ask the question we’ve all been wondering about, now that several reliable news organizations have corroborated that President Donald Trump planned to give Ukraine hundreds of millions of dollars of military aid if, and only if, Ukraine’s leader publicly announced investigations into one of Trump’s political rivals.
Namely, which of these impeachment characters is Jewish?
Now, we don’t present the following flow chart as evidence that there is some deep, dark Jewish secret at the center of the impeachment inquiry. So far, impeachment has (thankfully) little, if anything, to do with Israel, and the Jews at its center aren’t there because of their ties to major Jewish organizations.
Still, as in many political scandals of America’s recent history, now that Jews have successfully accessed the once-WASPy upper echelons of the federal government, we can say with certainty: “Where there’s smoke, there’s lox.” 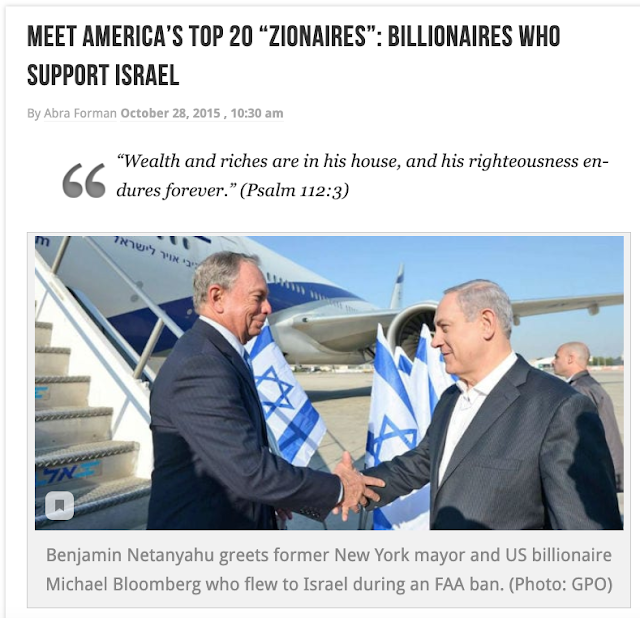 https://www.breakingisraelnews.com/52318/exclusive-americas-top-20-richest-pro-israel-zionaires-technology-and-business/?fbclid=IwAR3f8IOehn7R-g_pIsdPLoL5a6EKa1LZ7Eb1_ymG0XcySzzIrP1hewqz2D0
Posted by seemorerocks at 16:11