Yet another example of this country not giving recognition to its greatest. I never knew that we had Dave Lowe living just down the road. He speaks in a language which attracted me to science earlier in my life; these days they lie and tell us only what they think we should know.

Climate pioneer Dave Lowe "we only have one atmosphere" 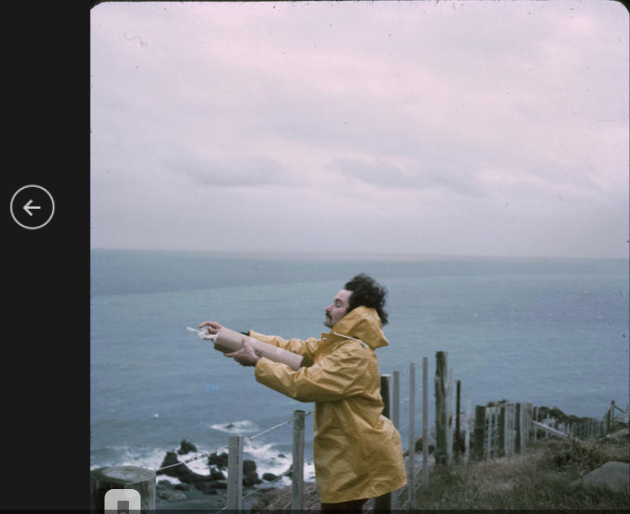 
The numbers are shocking, Lowe says.

“Absolutely shocking. I think the thing to note there is that 408ppm in 2018, but it was 3ppm lower than that the year before. That is actually a huge increase over a single year.”


Back in the early 1970s, Lowe was leaning into howling southerlies at Baring head in Wellington and capturing air samples in what was known as a Keeling flask. He still remembers the readings.


“The number was 321ppm, I remember reporting on that. And you imagine that just in my working lifetime 321 up to probably the southern hemisphere number is around 406 would be my guess.

“That's a huge increase, it's going on for 100 parts per million in my lifetime. And that's the whole atmosphere we've changed.”

The percentage of the atmosphere comprised of greenhouse gases such as CO2, methane and nitrous oxide is tiny – but the effect is huge, he says.

“The very low concentration gases like carbon dioxide, methane is another one, nitrous oxide, they're down there in very, very small amounts, literally parts per million or even parts per billion and yet they have a huge effect on the properties of the atmosphere, both the chemistry of the atmosphere, as well, as well as its radiative properties.”

This is because of their amplification effects, he says.

“It’s quite extraordinary, it turns out to be the nature of the molecule. If you look at oxygen and nitrogen, these just have two atoms.”

Whereas CO2 has three atoms, he says

“And it turns out, that in terms of solar radiation and infrared radiation, that has a huge effect.”

“When you have a guitar, you have a tiny little signal. You have to put it into an amplifier so that your audience can hear it. This is exactly what CO2 does.

“It’s kind of like an amplifier, it triggers the effect of water vapour - water vapour is the main greenhouse gas.

“And when you listen to sceptics, this is a classic example of pseudoscience. They'll come up and say ‘CO2 is ridiculous, you know, there's hardly any there - it's water vapour. There's up to 1 percent of water in the atmosphere. That's the real greenhouse gas, not CO2.

“Well, they're absolutely right. But the fact is CO2 is driving the water vapour, the fact that CO2 has gone up, allows the temperature of the atmosphere to go up and increases the amount of water vapour in the atmosphere. So, this is the amplification that I talked about.”

Lowe has been at the forefront of atmospheric science for 50 years, and a key moment was when he crossed paths with American scientist Charles David Keeling.

Having graduated with a physics degree he was offered a job at the Institute of Nuclear Sciences in Wellington in 1969. Lowe was already developing a strong interest in atmospheric science at this point.

“It was run by a charismatic man - a guy called Athol Rafter who actually did, I think, have a feeling for carbon dioxide already.

"He was worried, he was the first person to tell me about this. So, I went out for a job interview in late 1969 and he told me about carbon dioxide. And I couldn't believe it, I already had a lot of atmospheric physics, but I couldn't believe that such a small amount of this trace gas could be causing this effect. I was really bothered about it and I started reading. there was almost no literature around but straightaway Dave Keeling's name came up.”

Keeling had been measuring CO2 from a measuring station in Hawaii and had noticed a change.

“In 1957 Dave Keeling already had some measurements of CO2, they were all over the place, he realised that he had to go into a clean environment, so he chose a mountaintop in Hawaii called Mauna Loa, to make the first measurements.

“And when he started those, he noticed that the measurements were going down, and he checked his equipment, and he couldn't believe what he what was going on. But then it started to come up again and at the end of the year, they were where they were before approximately, and then they went down - and so what he was measuring was the planet breathing.”

But he also detected a more sinister trend, Lowe says.

“On top of this breathing of the atmosphere, of the CO2, he saw that it was increasing.

That's a huge increase, it's going on for 100 parts per million in my lifetime. And that's the whole atmosphere we've changed Dave Lowe

Keeling realised he needed global data to establish that this was a worldwide phenomenon, so he approached Athol Rafter in Wellington.

“He realised that New Zealand was a very good site because of its geographical location, as well as really good universities and he knew Athol Rafter and the DSIR - here were the logistics that could help him with the site.

“And so it took a few years, but then that equipment came to New Zealand and shortly, literally within a month or two I was working on with that gear.”

The first measuring station was established as Makara, and then Baring Head, Lowe says. The continuous measuring was done by infrared analysers, adapted from their original use in coal mines.

“What I set up, first of all at Makara and then at Baring Head was one of these continuous infrared analysers. And what they do, is they split the air into a million parts and they measure exactly how many of those parts are carbon dioxide.”

The samples were gathered in Keeling’s simple, yet effective flask.

“It's simple but precise, but you had to have that howling southerly wind that you've just talked about - really unpleasant leaning over that fence, over the edge of a cliff into something like an 80-knot southerly from the Antarctic trying to open up the valve.”

And as the 1970s progressed the science was established, the concentrations of CO2 were increasing in the atmosphere, yet oddly there was no consequence, temperatures were not rising commensurately.

“If anything, they were going down. Between 1940 and around 1980 There was no global temperature increase.”

In other words, he says CO2 was demonstrably going up, but there was no consequence.

“It wasn't really until late in the 1970s that it was discovered what was preventing the signal from appearing was what was called global dimming.”

Huge amounts huge amounts of air pollution from industry and agriculture was suppressing the greenhouse gas signal, he says.

“At the end of the ‘70s a lot of countries really cleaned their power stations up, they used electrostatic precipitators, they reduced all of that air pollution that was causing the dimming and blocking out the signal.

“So, what happened? Like a coiled spring, up came the signal and it hasn’t stopped.”

The diming effect of pollution particles which prevented solar radiation from heating the atmosphere it was “like a kind of a sunshade,” Lowe says. 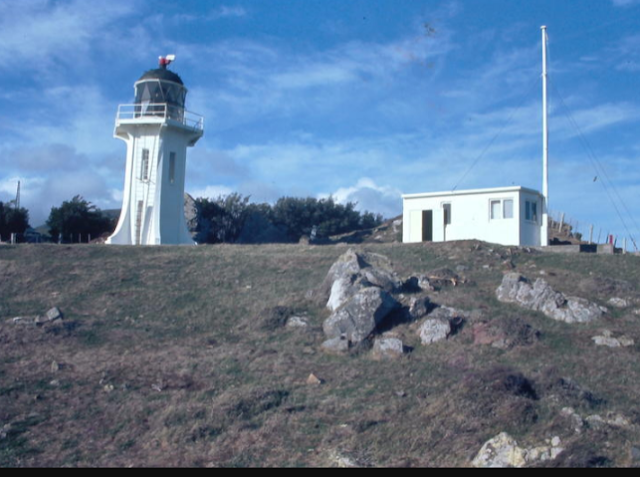 Over a lifetime in atmospheric science Lowe has repeatedly heard pseudo-scientific, denialist arguments. A classic being CO2 is natural, has always been in the atmosphere, so what is the problem? And how do we know burning fossil fuel is the source?

“It turns out that the fingerprint, or the signature, of the isotypes in CO2 from coal, gas and oil is very, very different from natural CO2.

“So, it really stands out; just like a fingerprint. You can see this changing in the atmosphere. It is a smoking gun.”

Lowe says he is both optimistic and pessimistic about the future.

“When you get together to solve a problem and you see the strength and the capability of some of the engineers and scientists out there, as well as the drive from the school children.

“You see the Fridays For Future movement started by the Swedish school girl, Greta Thunberg. There I feel optimism, because these young people and those highly innovative engineers, scientists are out there. They really want to do things and they have the solutions.”

For the orchestrated anti-science denialists, he has only contempt.

“When it comes to people who have deliberately misinformed, I'm extremely angry, really angry. My son believes these people belong in jail, and I think he's right.

“The same people who have confused the story about global warming are involved in things like tobacco. These people are criminals, they need to be put away.”

And the failure to tackle greenhouse gas accumulation in the atmosphere when we first knew the science has made our task immeasurably more difficult, he says.

“There is absolutely no doubt about that. It's become harder and harder, the longer we've waited.”

Posted by seemorerocks at 15:29