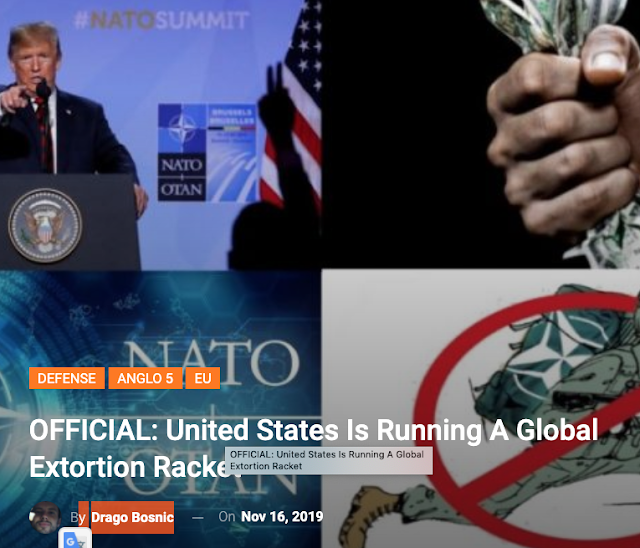 WASHINGTON, D.C. – The US demands Tokyo to quadruple its annual payments for American forces stationed in Japan, as part of Washington’s push for allies to increase their defense spending. In addition, US Secretary of Defense Mark Esper said South Korea “is a wealthy country” and should pay more for the cost of stationing some 28,500 US troops in the East Asian nation.
Japan
Citing unnamed current and former US officials, Foreign Policy reported on Saturday that Washington wants Tokyo to increase annual payments for the 54,000 US troops in Japan to around $8 billion from about $2 billion. The current agreement between Washington and Tokyo expires in March 2021. According to the report, the message was relayed to Tokyo in July.

South Korea
A Japanese foreign ministry spokesman stated that the report is incorrect and no negotiations on a new agreement between the US and Japan have taken place. The report came as US Secretary of Defense, Mark Esper, made the same demand of South Korea during a visit to the country on Friday.
A South Korean lawmaker stated last week that US officials demanded up to $5 billion a year, more than five times what Seoul agreed to pay this past year under a one-year deal. The Trump administration has long put pressure on Washington’s long-time allies for more military spending. Trump has also been pressing NATO countries to pay more for their own defense spending.
Speaking in Seoul after a high-level meeting on Friday with his South Korean counterpart, Jeong Kyeong-doo, Esper also stated that the two countries have to be flexible with their joint military drills to support diplomatic efforts to end North Korea’s nuclear program, PressTV reported. The North has long protested joint military drills, which it condemns as preparations for invasion.

“It is crucial that we conclude the (defense pact) … with increased burden-sharing by the Republic of Korea before the end of the year,” the Pentagon chief told a news conference.

Jeong noted that he and Esper agreed that the cost-sharing pact being negotiated should be fair, but it was unclear if they shared any sense of what a fair amount might be. A South Korean lawmaker said last week that US officials demanded up to $5 billion a year, more than five times what Seoul agreed to pay this year.
US President Donald Trump has long accused Washington’s wealthy allies like Germany and South Korea of taking US security guarantees for granted and says they need to spend much more on their military. Trump has rattled South Korea with his insistence on making a greater contribution to the deterrence against North Korea.
A survey by the Korea Institute for National Unification released last week showed 96 percent of South Koreans were against paying more for the US military presence. The US has stationed nearly 30,000 military personnel in South Korea in a declared attempt to defend the South against any possible military threat from the North.
North Korea announced in a commentary from state media KCNA on Friday that the US demand for a greater South Korean contribution to defense costs was an “attempt to plunder others” and strengthen its military dominance in the region.
Esper also warned that South Korea’s decision to end an intelligence-sharing pact with Japan, called GSOMIA, would slow Seoul and Tokyo’s ability to directly share information about North Korean military activity.

“The only ones who benefit from expiration of GSOMIA and continued friction between Seoul and Tokyo are Pyongyang and Beijing,” Esper added.