In unexpected move, Representative Devin Nunes invoked an obscure House rule that will allow Republicans a hearing in which they can call witnesses.

Chairman Schiff must have overlooked it when formulating his show rules.

Here is video of what Nunes did in the Intelligence Committee Hearing today. The relevant material begins at 5:57:


This obscure rule has been in the official Congressional Record for years, shown below: 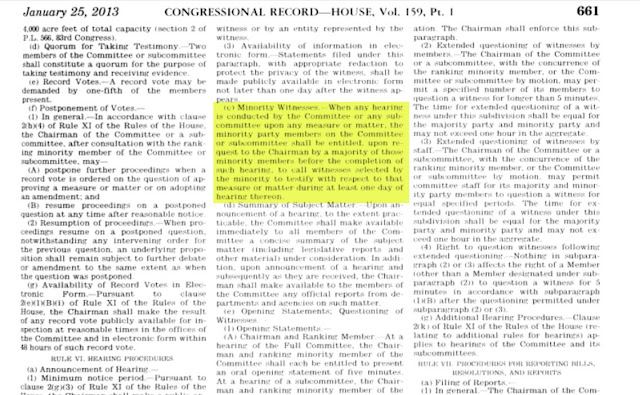 So, despite Chairman Schiff and his fellow Democrats best efforts to PREVENT Republican Witnesses, thanks to Devin Nunes, the American people will get to hear from those witnesses after all