Barr Routs The 'Resistance':
"It Is The Left That Is
Shredding Norms,
Undermining The Rule Of
Law"

Anyone who doubts that the Attorney General is dead serious about cleaning up the goddamned mess of sedition spawned by the Democratic Party, its agents in the permanent Washington bureaucracy, and its public relations arm in the news media, might invest a little time and attention in William Barr’s speech to the Federalist Society Friday evening. (Text of speech here and video here.)


Mr. Barr declared unambiguously and in plain English that “in waging a scorched earth, no-holds-barred war of ‘Resistance’ against this Administration, it is the Left that is engaged in the systematic shredding of norms and the undermining of the rule of law.”
Is any part of that unclear? The confounded might take in this more detailed lesson in recent history from the speech:

Immediately after President Trump won election, opponents inaugurated what they called ‘the Resistance,’ and they rallied around an explicit strategy of using every tool and maneuver available to sabotage the functioning of his administration.  Now, ‘resistance’ is the language used to describe insurgency against rule imposed by an occupying military power. It obviously connotes that the government is not legitimate. This is a very dangerous — indeed incendiary — notion to import into the politics of a democratic republic.  What it means is that, instead of viewing themselves as the “loyal opposition,” as opposing parties have done in the past, they essentially see themselves as engaged in a war to cripple, by any means necessary, a duly elected government.”

And anyone who takes in the nauseating spectacle of Congressman Adam Schiff’s House Intel Committee impeachment process can see that shredding of norms on full shameless display, where the attempted defense of nakedly absurd charges against the president is thwarted by a chicane of deceitful rules outside any concept of due process, concocted by Mr. Schiff and his task force of Lawfare hustlers — no right to call witnesses, no right of cross-examination, and no right to argue that set of rules cribbed from the Stalin show trials by way of the Spanish Inquisition. 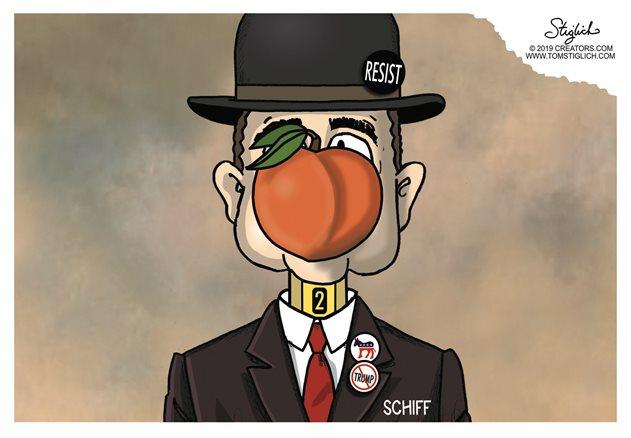 They’re pouring it on this week ahead of a post-Thanksgiving cold water deluge of bad news that will detail charges against the progenitors of RussiaGate. The roll-call may be a long one, including many actors whose turpitudes have been publicly and richly documented for many months - Messers, Brennan, Clapper, Comey, Rosenstein, McCabe, Strzok, Halper, Ms. Page, et. al - and, if real justice is on order, not a few figures lurking in the Deep State deep background — John Carlin, Bill Priestap, Dana Boente, Michael Gaeta, Sally Yates, Loretta Lynch, Susan Rice, Samantha Power, and perhaps even the archangel Barack Obama, just in time for Christmas, too. Robert Mueller and Andrew Weissmann deserve to be included for what amounted to a blatant, arrantly mendacious malicious prosecution, knowing that they had no case and proceeding anyway for two whole years. 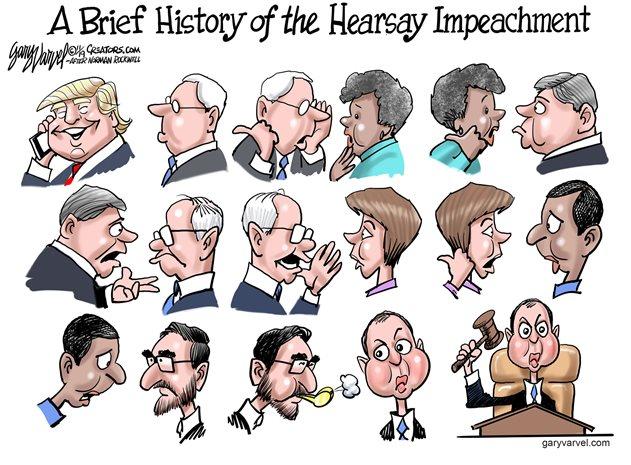 I hope the roundup will extend to the very latest ploys leading to RussiaGate’s successor subterfuge, UkraineGate, namely the exploits of “whistleblower” Eric Ciaramella, his handlers and enablers in Mr. Schiff’s office, and the actions of his accomplice, Michael Atkinson, the current Intelligence Community Inspector General, with obvious conflicts of interests as a major player in the previous RuissiaGate dodge — he was legal counsel to Assistant Attorney General John Carlin, who headed the Department of Justice’s National Security Division at the birth of the FBI’s “Crossfire Hurricane” gambit, and before that he was Robert Mueller’s chief of staff at the FBI. Anything to see there, ya think? The “whistleblower” himself was, in fact, a CIA spy in the White House. You may recall that the CIA is prohibited from spying on Americans in their own country, and doing that in the White House is arguably the essence and height of lawless sedition.
Obviously, Rep. Adam Schiff will at some point be called to face the atonal music he composed (with a little help from Karlheinz Stockhausen — give a listen) in a court of law, where different rules apply than the ones now on display in his committee. He has a lot to answer for in his campaign to blow smoke up America’s ass for three years running, with deleterious effect on the national project generally and on the honor and dignity of the legislature in particular. 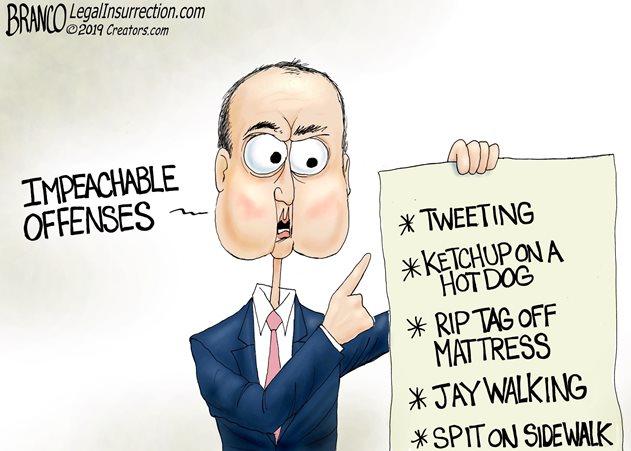 The American public also deserves to know exactly who has been leaking transcripts from Mr. Schiff’s star chamber depositions to the news media - most recently last Friday when the supposedly secret testimony of diplomat David Holmes, lately of the US embassy in Kiev, Ukraine, found its way to CBS News reporter Margaret Brennan. A logical presumption would be that the leaker is someone on Mr. Schiff’s staff. Who else might have access to it? (Well, possibly the NSA and thereby the CIA.) It shouldn’t be too difficult to find out. Perhaps one of the minority members of the House Intel Committee might put the question to Mr. Schiff when the hearings re-open on Wednesday — if Mr. Schiff will allow the question to even be entertained.
Posted by seemorerocks at 11:48