A very good backgrounder into the disaster that is Hong Kong

Onto Street Of Hong Kong To

Dozens of People's Liberation Army (PLA) soldiers were spotted on the streets of Hong Kong's Kowloon Tong neighborhood on Saturday afternoon, cleaning up bricks and roadblocks left behind by pro-democracy protestors, according to broadcaster Radio Television Hong Kong (RTHK).

17 people are talking about this

#BREAKING: A PLA commander tells press “this is a volunteer mission. Stopping violence in #HongKong is every one’s responsibility.” He refuses to say if the action is requested by #HongKongPolice or govt

41 people are talking about this


This was the first time PLA soldiers have entered the streets of the city since the violent protests began in June. 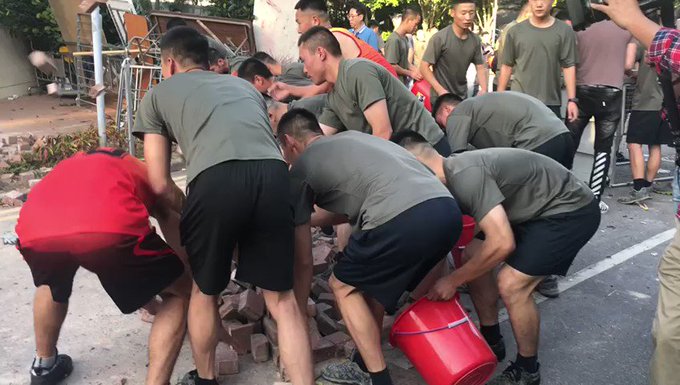 
The soldiers, unarmed, dressed in olive T-shirts with a Chinese flag on the sleeves, used buckets and brooms for about one hour to clean up streets around the barracks in Kowloon Tong, RTHK said.
One PLA soldier told the South China Morning Post that their actions weren't related to any direct orders from the Government of Hong Kong.

"We initiated this! 'Stopping violence and ending chaos' is our responsibility," he said, quoting a phrase used by President Xi Jinping.

So far, there hasn't been any official statement from the Government of Hong Kong about PLA soldiers on the streets.
According to Article 14 of the Garrison Law, PLA soldiers are permitted to enter the streets of Hong Kong to assist with disaster relief or maintaining public order if requested by the local government.
On Thursday, President Xi broke his silence over the chaos in the city at the 11th BRICS Summit in Brazil.
President Xi said the violent protests in Hong Kong threatened the rule of law and social order, which has sent the city into crisis.

If violent protests persist, it could be entirely possible that PLA soldiers are re-deployed with riot control gear and weapons.

Garrison Law: #PLA can be deployed only upon HK govt's request.
However, PLA said that they initiated to clean the barricases in Hong Kong Baptist University today. They are violating the law of #HongKong. They cannot intervene affairs of Hong Kong.#HKBU 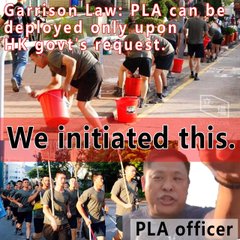 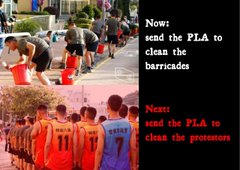 56 people are talking about this


Hong Kong has recently entered a technical recession. The city is on the verge of financial collapse. 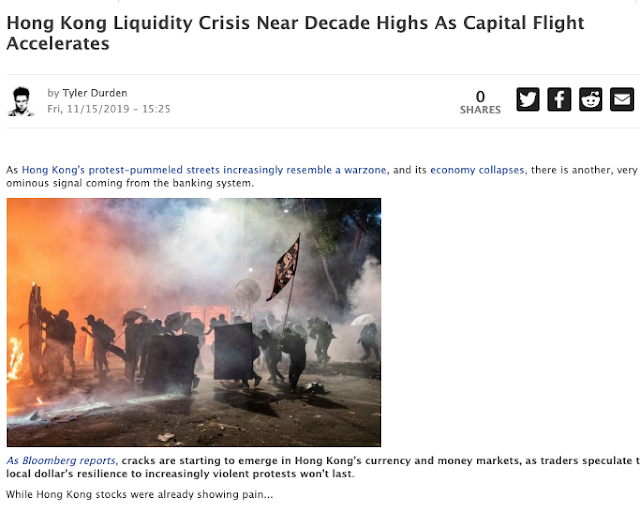 https://www.zerohedge.com/markets/hong-kong-liquidity-crisis-near-decade-highs-capital-flight-accelerates?fbclid=IwAR2PwpYxTgmQe3Cep84iZu7tmlE5rDKn5RvJpAv-TcfiPnRin_tp8OBU9YQ
Posted by seemorerocks at 15:58