Prince Andrew has stepped down from his royal duties amid growing backlash over his ties to Jeffrey Epstein.

Prince Andrew has announced he is stepping down from his royal duties for the “foreseeable future” amid growing backlash over the Jeffrey Epstein scandal.

“It has become clear to me over the last few days that the circumstances relating to my former association with Jeffrey Epstein has become a major disruption to my family’s work and the valuable work going on in the many organisations and charities that I am proud to support,” he said in a statement issued today by Buckingham Palace.

“Therefore, I have asked Her Majesty if I may step back from public duties for the foreseeable future, and she has given her permission.

“I continue to unequivocally regret my ill-judged association with Jeffrey Epstein. His suicide has left many unanswered questions, particularly for his victims, and I deeply sympathise with everyone who has been affected and wants some form of closure.

“I can only hope that, in time, they will be able to rebuild their lives.

“Of course, I am willing to help any appropriate law enforcement agency with their investigations, if required.”

Prince Andrew’s “step back” will mean he’ll not only be out of the public eye, but will take no money from the publicly-funded Sovereign Grant - which supports working members of the Royal Family - while his charities and patronages will be put on hold.

It’s understood his absence from royal duties will continue until there has been some form of conclusion in the Jeffrey Epstein case, or unless his name is cleared.

Prince Andrew requested permission from the queen to step down from royal duties.Source:Supplied

A statement by His Royal Highness The Duke of York KG. 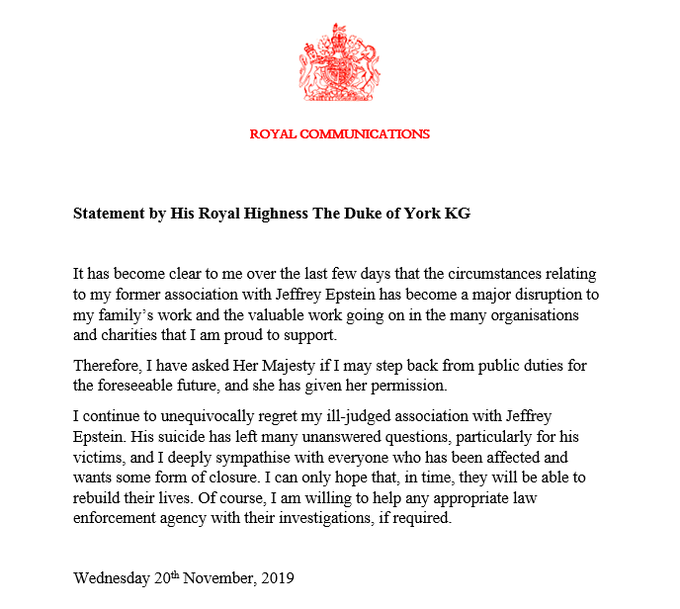 
In the statement was a bombshell detail. It’s the first time, the Duke of York has publicly expressed regret over his relationship with Epstein, and expressed any sympathy for the billionaire paedophile’s victims — two omissions from an extraordinary interview aired by the BBC’s Newsnight that sparked backlash.

The Prince answered questions about his friendship with Epstein — a convicted paedophile who died by suicide in a Manhattan jail on August 10.

The interview was widely described as a “trainwreck” with the royal criticised for not showing empathy for Epstein’s victims and for his decision to stay at the wealthy financier’s New York home in December 2010. That came just months after Epstein had served 13 months of an 18 month sentence for procuring a minor for prostitution.

As the fallout continues, several businesses and charities pulled their support from the prince’s royal work.

Standard Chartered has already cancelled its sponsorship of Andrew’s Pitch@Palace, while AstraZeneca’s support is under review.

Outward Bound Trust - of which he is patron - also announced it was holding a board meeting this week to discuss the matter.

Meanwhile, the FBI is continuing their investigation into Epstein and his associates, and it remains to be seen whether Prince Andrew will be called in to testify.

Prince Andrew has also come under fire over allegations he also sexually abused girls — claims he has vehemently denied — while visiting his then-friend Epstein at his various properties.

A photo of the British royal posing with his hand around teen Virginia Giuffre — one of Epstein’s alleged victims — was purportedly taken at British socialite Ghislaine Maxwell’s home and has become a source of contention as the saga unfolds.

Prince Andrew and a then-teenage Cirgina.Source:Supplied
In a 2009 legal case, Ms Giuffre publicly claimed Ms Maxwell had recruited her into Epstein’s sex ring to be a “sex slave” when she was just 16 years old.

Ms Giuffre claims Epstein flew her to London on his private jet. After dining with the Prince and dancing with him at the Tramp nightclub, she claims, they had a sexual encounter in Ms Maxwell’s Belgravia house.

Ms Giuffre says Ms Maxwell directed her as a teenager to have sex with Prince Andrew, former Senate Majority Leader George Mitchell and former New Mexico Governor Bill Richardson. They deny her claims. She also claimed in the case, which was settled out of court, that Ms Maxwell and Epstein sexually assaulted her, the Wall Street Journal reports.

Virginia Giuffre is one of Prince Andrew’s accusers.Source:Supplied
Ms Maxwell called Ms Giuffre’s claims “entirely false”, compelling the latter to file the 2015 defamation suit. In May 2017, the case was settled the day before the trial was scheduled to start.

Epstein’s New York indictment referred to unnamed employees who prosecutors said were involved in his alleged crimes in the early 2000s by accepting payment to arrange massages that led to sex acts with young girls, then encouraging them to recruit others.

“Through these victim recruiters, Epstein gained access to and was able to abuse 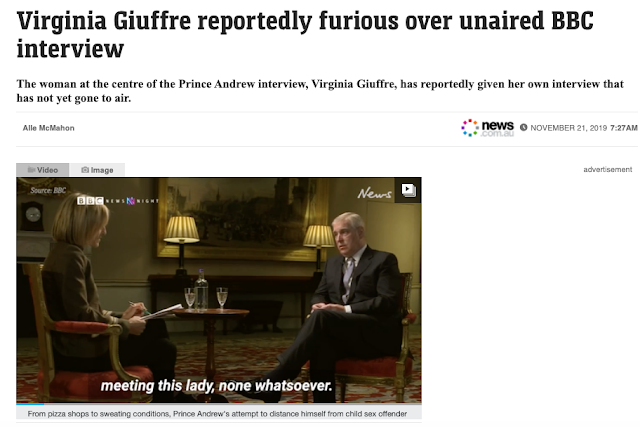 The woman who says she was forced to sleep with Prince Andrew as a teenager has reportedly given an interview to the BBC’s Panorama program.

But the interview, in which Virginia Giuffre is said to reiterate her claims about the Duke of York, is still yet to air despite being filmed three weeks ago.

Prince Andrew has repeatedly denied having sex with Virginia Giuffre, then Virginia Roberts, when she said she was 17. He said he had “no recollection” of meeting her.

Sources close to the BBC show, which produces hour-long, in-depth investigative news reports, say the interview has not yet aired because it’s part of an ongoing probe.

A BBC spokesman said the network did not comment on “ongoing investigations”.


But Ms Giuffre is reportedly furious, with supporters suggesting it may have been held to avoid jeopardising the network’s interview with Prince Andrew that aired on BBC Newsnight on Saturday. 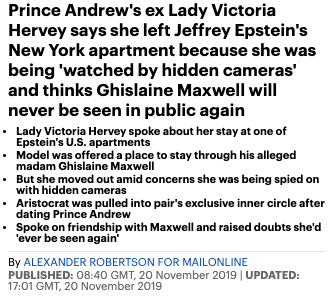 Socialite Lady Victoria Hervey has today revealed how she once fled Jeffrey Epstein's New York apartment amid fears that she was being 'watched by hidden cameras' as the storm around her ex-boyfriend Prince Andrew continues to grow. 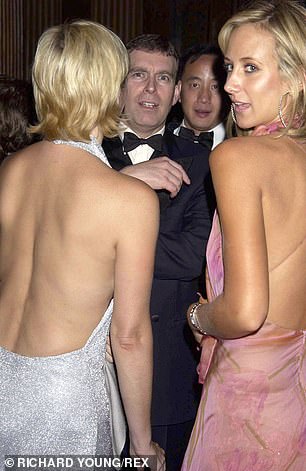 The aristocrat, who dated Prince Andrew in 1999, claimed she was offered a place to stay in Manhattan by the convicted paedophile in 2001 but 'cut the trip short as I felt I was being watched'.

She said she met Epstein in 2000 through his alleged madam Ghislaine Maxwell, who suggested she stay at the apartment while working as a model in the US.

The flat was 'close' to Epstein's Manhattan mansion where Prince Andrew frequently stayed and where it is alleged the disgraced tycoon sex trafficked numerous underage girls.

She claimed that despite being unaware of his predilection for young girls at the time, she still found the experience 'uncomfortable' and was concerned she was being spied on at the flat.


Lady Victoria spoke a day after Epstein victim Maria Farmer claimed Epstein kept surveillance cameras in some of the rooms inside his main Manhattan mansion. 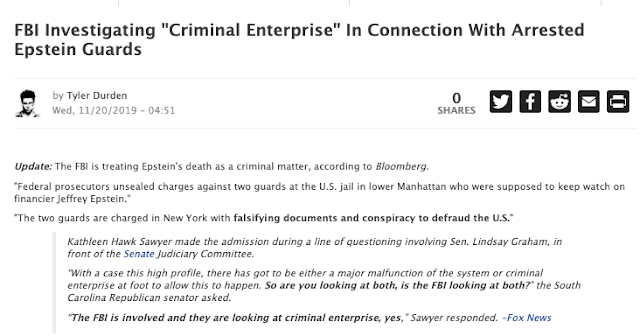 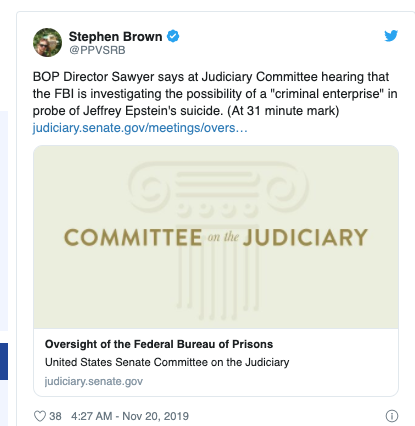 
One of Jeffrey Epstein’s accusers, who says she had an inside view of his alleged sex trafficking operation, is sharing new details of what happened. Maria Farmer and her younger sister, Annie, claim Epstein sexually assaulted them. Farmer is suing the Epstein estate over the alleged incident. In her first TV interview, Farmer talks to Anthony Mason about why she’s still seeking justice even after Epstein’s death.