The Saudi blockade of Yemen

Yemen 'one of the most dangerous places on earth' for children: UN
The Saudi-led coalition’s blockade of Yemen has “choked off” urgently needed humanitarian aid, threatening the lives of millions of vulnerable families and children, U.N. leaders warned on Thursday. 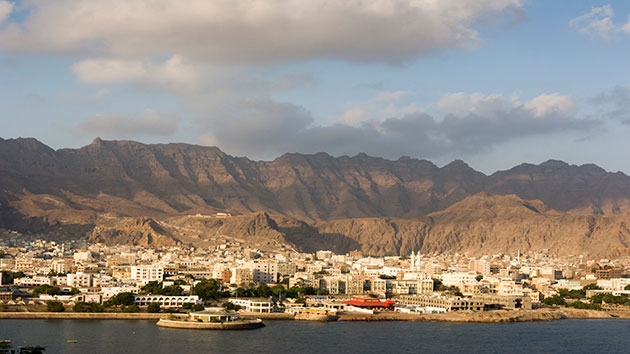 Even though the Saudi-led coalition has lifted the blockade of some of Yemen’s ports, many of the country’s seaports and land ports remain closed, preventing food, fuel, and medicine from reaching millions of people in need.

About 400,000 children are suffering from severe and acute malnutrition and depend on a continuous supply of medicine and nutrition for their survival. About 150,000 malnourished children could die within the coming months if left untreated, the U.N. said in a statement.

“All in all, for children, it’s one of the most dangerous places on earth right now,” Sherin Varkey, UNICEF’s acting representative in Yemen, told ABC News.

In Yemen, one child dies from infectious diseases or malnutrition every 10 minutes, Varkey said.

On a recent visit to a hospital in the capital of Sanaa, Varkey said he spoke with staff members who had been showing up to work and doing their jobs diligently despite not having received their salaries for more than a year.

At the hospital, Varkey said he met a young mother who was about 16 or 17 with a 9-month-old, severely malnourished baby. The mother had borrowed money so that she could afford the long journey from her home in Ibb governorate to the hospital in Sanaa, hoping that her child could be saved, he said. Her husband works for a private company and has not been paid for more than a year,
according to Varkey.

“The mother was hopeful that her child will survive today but wasn’t very optimistic about peace returning to the country in the near future. She appeared very depressed with the overall situation,” said Varkey. “She was saying that everyone in her village was going through the same problem and that people sometimes do not even have the money to go to the hospital for treatment.”

What is behind the Saudi-led blockade of Yemen and how has it affected people there? Here is what you should know.

How long has the Saudi-led military coalition imposed a blockade on Yemen?

The Saudi-led coalition, which supports the Yemeni government and is at war with Yemen’s Iran-backed Houthi rebels, has been blocking Yemen’s borders for two years.

But on Nov. 6, the coalition tightened the blockade after a Nov. 4 ballistic missile attack on Saudi Arabia’s capital, Riyadh. The Houthi rebels claimed responsibility for the attack that day.

The Saudi-led coalition has partially lifted the recent blockade, and seaports and airports in areas under the control of the government have re-opened.

But other areas remain choked off. The re-opening of Aden airport has allowed some humanitarian flights to land, but services to other parts of the country are still blocked, said the U.N. Office
for the Coordination of Humanitarian Affairs in its latest update on the situation in Yemen.

How has the blockade affected Yemenis’ access to food and fuel?

Yemen’s stocks of wheat and sugar will run out in three months if cargo vessels are not allowed to discharge in Hodeidah, the country’s only deep-water seaport, in the next few days, the
International Rescue Committee and a number of other organizations said in a joint statement Friday.

“Even if they are allowed, food distribution systems have been severely disrupted and may collapse within weeks,” the statement said. “Millions could die in a historic famine if the blockade
continues indefinitely.”

At a center for internally displaced people in Sanaa, run by UNHCR’s partner organization ADRA, between 600 and 800 people were arriving every day, compared with 400 to 600 before the border
closure, according to the UNHCR, the U.N. Refugee Agency.

In Aden, displaced people reported that food prices had almost doubled, the UNHCR said in a press release.

Yemenis now have to line up for hours and hours to get fuel and cooking gas, the U.N. and residents said.

“Ongoing obstruction by the Saudi-led coalition to the delivery of critical supplies is a measure which may amount to collective punishment of millions of Yemeni people. It exacerbates the world’s
worst humanitarian crisis where almost three years of war have left over 20 million people in need of assistance, 7 million of them on the brink of famine,” a number of humanitarian organizations,
including the U.N. and Save the Children, said in a joint statement.

Sporadic water supply to 6 million Yemenis is already at risk of complete stoppage because the supply depends on fuel, which is harder to procure because of the recent blockade, said Varkey.

How has the blockade affected Yemeni children?

In recent weeks, diphtheria, an infection that can be life-threatening for children, has been spreading fast in Yemen. There have been 120 diagnosed cases and 14 deaths, most of whom were children,
the U.N. said.

At least one million children are now at risk of contracting the disease, according to the U.N.If the blockade continues, the country is expected to run out of life-saving vaccines. The U.N. has vaccines and medicine in transit to Yemen, but they are being blocked from entry.

“Our estimations show that if the blockade is not lifted, up to 1 million children could be deprived of lifesaving vaccinations,” said Varkey.

Yemen has seen the world’s largest cholera outbreak with more than 920,000 suspected cases and 2,200 cholera-related deaths — a fourth of those cases are children, according to UNICEF. The number of new cases has declined for the eighth week in a row, but if the blockade continues Yemen will see another upsurge, the U.N. warns.

The lives of 400,000 pregnant women and their newborns are also under threat due to the need for life-saving maternal medicine and health supplies, according to the U.N.

What was the situation like before the Nov. 6 blockade?

Catastrophic. Yemen was already experiencing the worst humanitarian crisis in the world before the recent blockade. More than 20 million people, including over 11 million children, are in need of urgent humanitarian assistance. Only 45 percent of health facilities are functional and at least 14.8 million are without basic healthcare. Some 17 million people don’t know where their next meal will come from, according to the U.N. Severe acute malnutrition is threatening the lives of almost 400,000 children, the U.N. said.

“Fuel, medicine and food – all of which are now blocked from entry – are desperately needed to keep people alive,” a joint statement by WHO, UNICEF, and WFP said on Thursday. “Without fuel, the vaccine cold chain, water supply systems and wastewater treatment plants will stop functioning. And without food and safe water, the threat of famine grows by the day.”

About 75 percent of public sector workers, mainly health staff, sanitation staff and school teachers, have not received their salaries for nearly a year, said Varkey.

How much aid has been prevented from entering Yemen since the Nov. 6 blockade began?

As of Nov. 15, the blockade has prevented 29 vessels with approximately half a million metric tonnes of food and fuel supplies from reaching the people of Yemen, according to the U.N. Office for the Coordination of Humanitarian Affairs.

A U.N. vessel transporting 1,313 metric tonnes of health and nutrition supplies, worth more than $10 million, is currently being prevented from docking in Al-Hodeidah port and another U.N. vesselwith 25,000 tons of wheat is waiting to berth off the coast of Al-Hodeidah port, the U.N. Office for the Coordination of Humanitarian Affairs said its most recent update on Yemen, released on Thursday.

Posted by seemorerocks at 20:47