'Israel shouldn't go into war with Lebanon, as we will surely win' – Lebanese FM 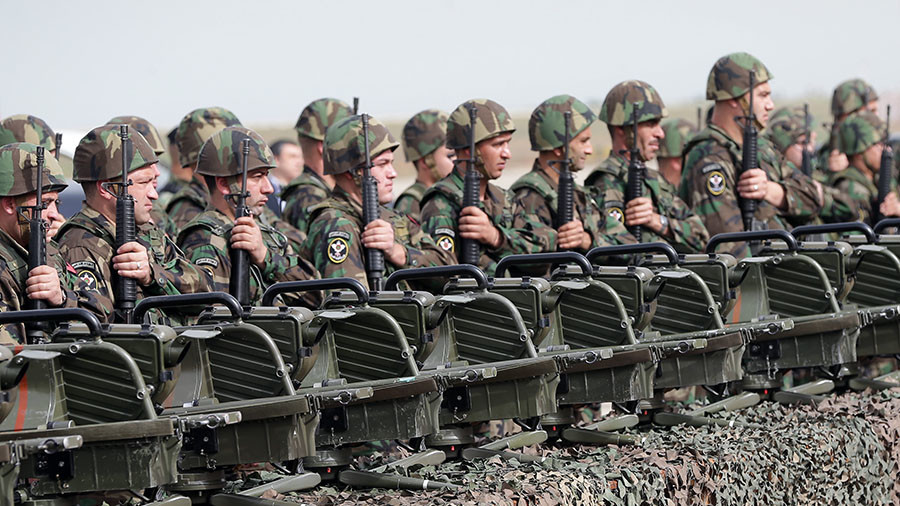 Lebanon has capabilities to counter “any threat," but only wants peace and stability in the region, Foreign Minister Gebran Bassil has told RT in an interview. He warned that any potential aggressor state would suffer consequences, which could reach as far as Europe.

The Middle Eastern country has always chosen to "maintain constructive and sound policies" with its neighbors and other states in the Arab world, but this hasn't prevented "hostile actions" against Lebanon, Bassil told RT in an exclusive interview Friday. Citing the current crisis triggered by the "unexpected" resignation of Lebanese Prime Minister Saad al-Hariri announced from Saudi Arabia, the official said it is a "good example [showing that] virtually anyone can start a war against us."

"We are ready to act in case of such developments, but we are trying to do everything we can to prevent this from happening and to maintain a good relationship with Saudi Arabia," Bassil said, adding Beirut would "stick to" its peaceful and diplomatic approach "unless forced to defend ourselves." While Lebanon is against any interference in its internal affairs, it also "does not approve of any attacks by its citizens against Saudi Arabia," he said.


However, the current situation appears to involve far more players, the foreign minister said, having mentioned Israel and the US in particular. "We should not be provoking Israel into a war simply because it is likely to lose it. We should restrain Israel from starting a war exactly because Lebanon is sure to win it," he claimed.

READ MORE: Will Saudi’s gamble in Lebanon with Hariri lead to war between Israel and Hezbollah?

"Any country can take action against Hezbollah like the US does, even though the leader of Hezbollah has said repeatedly: 'If you want to fight us, you can fight us, but leave Lebanon alone. We don’t want Lebanon to suffer because of us.' We think if they target us, they will punish all the people of Lebanon, and those who dare do this will also face consequences. There will be consequences for the whole region, for Europe."


Earlier this week, Lt. Gen. Gadi Eisenkot, the chief of staff of the Israeli Defence Forces, has said he believes the current escalation in the region "is Iranian provocation." He said that while Israel had no intention of launching an attack on Lebanon's Hezbollah movement allied with Tehran, it was ready to share intelligence on Iran with Riyadh. "There is an opportunity for a new international alliance in the region and a major strategic plan to stop the Iranian threat," said in an unprecedented interview with a Saudi newspaper. Tel Aviv and Riyadh do not officially have diplomatic ties with each another.

During his official visit to Moscow on Friday, Bassil said that there is currently an anti-Lebanon campaign in the Middle East. "Some countries are trying to use certain forces to remove the head of Lebanon," he claimed, without specifying which ones. In his interview with RT, Bassil said that what the whole world is witnessing today in the region is "yet another attempt to create hotbeds of chaos and instability, which in turn lead to terrorism."


"Even if Lebanon is a likely winner in a war, it does not mean it wants to fight," he said, but pointed out he found it unlikely that the conflict would turn into a hot one. "I doubt that it will come to it because the party that starts such a war will have to deal with consequences."
Posted by seemorerocks at 15:08