The Uranium One scandal is even worse than previously thought

The Russia Scandal Just Got Much Worse...For Hillary Clinton and Barack Obama
A review of a huge cache of newly available documents shows the Uranium One scandal is even worse than previously thought: 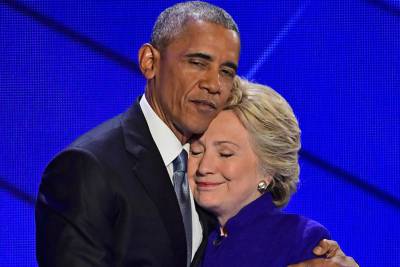 Corruption: Shortly after the Uranium One story broke, various news reports claimed that it was much ado about nothing. But a review of a huge cache of newly available documents shows that, if anything, it was worse than previously thought.

The Hill broke the bombshell story last month, which summed up goes like this: While the Obama administration was approving the controversial 2010 sale of Uranium One to a state-owned Russian energy giant - which gave it control of one-fifth of U.S. uranium supplies - the FBI was actively investigating that company for extensive criminal activity designed to expand Russia's footprint in the U.S. uranium business.
This raised questions about who in the Obama administration was aware of the FBI's evidence - which included bribery, extortion and racketeering - before greenlighting the sale. Officials involved denied knowing anything about the investigation at the time.
Now a cache of documents 5,000 pages long, which were reviewed by The Hill, sheds new and more troubling light on this story.
advertisement

The documents detail work done by undercover informant Douglas Campbell, who was paid nearly $200,000 for his cooperation with the FBI while he was working as a lobbyist on behalf of a Russian company. The Justice Department had previously barred Campbell from telling anyone about his work, a gag order it lifted only after the initial Hill story ran.
Among the revelations contained in these documents:
It's important to note that all this transpired while Obama was embarking on his ill-fated Russian "reset" - in which he tried to make nice with Russia, and during which his administration not only approved the Uranium One sale but made other rulings favorable to Russian energy interests.
Adding further intrigue to the story is the fact that not only did the FBI keep a lid on its investigation for years, officials at Justice tried to downplay Campbell's significance as an informant and dispute that he had any information about the Uranium One deal after the initial story broke last month. As The Hill notes, the documents it reviewed directly contradict those claims.
One can only speculate why Justice officials would be doing this now.
Despite its potentially far-reaching ramifications, the Uranium One story has so far barely registered with the public, thanks to a near total news blackout from the mainstream press.
When the IBD/TIPP Poll asked about the Uranium One scandal in the latest monthly survey, only 48% said they had been following it closely.
But with investigations underway in the House and Senate, and with Campbell free to talk to lawmakers about what he knew, even the liberal press might not be able to ignore this story for much longer.