The bulk of the media will talk about everything but the Clintons and their crimes.

EXCLUSIVE: Bill Clinton is facing NEW accusations of sexual assault by four women while the former president was working with a billionaire playboy and flying on his private jet nicknamed Air F**k One, claims Clinton author 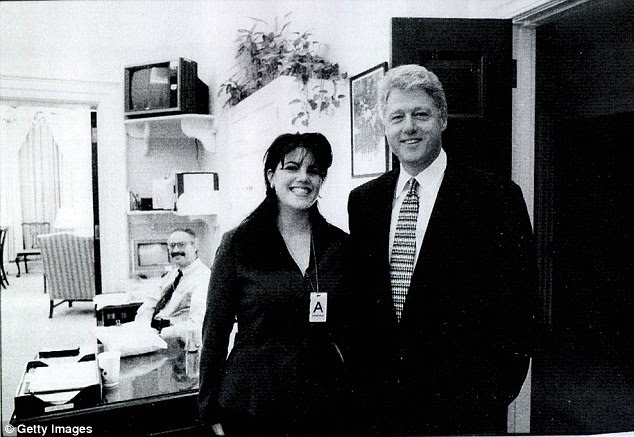 Edward Klein is the former editor in chief of the New York Times Magazine and the author of numerous bestsellers including his fourth book on the Clintons, Guilty as Sin, in 2016. His latest book is All Out War: The Plot to Destroy Trump was released on October 30, 2017.

Bill Clinton is facing explosive new charges of sexual assault from four women, according to highly placed Democratic Party sources and an official who served in both the Clinton and Obama administrations.

The current accusations against the 71-year-old former president — whose past is littered with charges of sexual misconduct — stem from the period after he left the White House in 2001, say the sources.
Attorneys representing the women, who are coordinating their efforts, have notified Clinton they are preparing to file four separate lawsuits against him.
As part of the ongoing negotiations, the attorneys for the women are asking for substantial payouts in return for their clients' silence.
A member of Clinton's legal team has confirmed the existence of the new allegations. 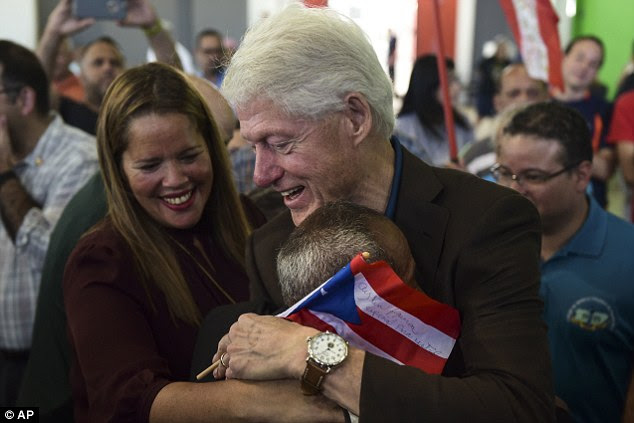 Back in the late 1990s, Clinton paid $850,000 to settle a sexual harassment lawsuit by Paula Jones, a former Arkansas state employee whose case led to Clinton's impeachment in the House of Representatives and his subsequent acquittal by the Senate in 1999.
The negotiations in the new lawsuits are said to have reached a critical stage.
If they fail, according to sources in Clinton's inner circle, the four women are said to be ready to air their accusations of sexual assault at a press conference, making Clinton the latest — and most famous — figure in a long list of men from Harvey Weinstein to Kevin Spacey who have recently been accused of sexual assault.
The new allegations refer to incidents that  took place more than 10 years ago, in the early 2000s, when Clinton was hired by Ron Burkle, the playboy billionaire investor, to work at his Yucaipa companies.
Clinton helped Burkle generate business and flew around the world with a flock of beautiful young women on Burkle's private jet, which was nicknamed 'Air F**k One.'
The four women, who have not yet revealed their identities, were employed in low-level positions at the Burkle organization when they were in their late teens and claim they were sexually assaulted by the former president.
There is no evidence that Burkle knew anything about these alleged assaults by Clinton.
Contacted for a comment on the women's allegations, a member of Clinton's legal team said: 'Obviously, I'm aware of [the allegations] but can't talk about them.'
The new charges are likely to revive the debate over why Democrats defended Clinton during the Monica Lewinsky scandal and why liberals and feminists ignored credible charges of sexual assault against the 42nd president, not only from Paula Jones, but also from Juanita Broaddrick, Kathleen Willey, and others.
'Bill is distraught at the thought of having to testify and defend himself against sex charges again,' said a Democratic Party official who is familiar with the case.
'He hopes his legal team can somehow stop the women from filing charges and drag him through the mud.'
The source added that Hillary Clinton is furious with her husband for getting entangled in yet another sexual scandal.
She reportedly offered to hire private detectives to dig up dirt on the women, but Bill Clinton's attorneys persuaded her to not interfere.
'In the past Hillary had a team of detectives that managed to silence a number of women in Little Rock who had complaints about Bill's unwanted sexual advances,' said the source.
'But now Hillary admits there's a different atmosphere in our culture about sexual harassment and it's not possible to intimidate women into silence about charges once they make up their mind to speak up.
'Hillary wants to remain in the public eye as a leader of the resistance to Donald Trump and play a major role in politics for years to come, including maybe even running for president again in 2020,' the source continued.
'She's afraid this latest scandal could destroy the Clinton legacy and torpedo her plans.
'The relationship between Bill and Hillary has been more of a business relationship for a number of years, except when it comes to their daughter and grandchildren.
'They haven't lived as man and wife for a number of years, mostly due to Bill's running around with other women.
'It became obvious years ago that even age wasn't going to make Bill settle down and stop chasing women. Hillary has simply ignored it and lived her separate life.
'Bill spends a great deal of his time in his penthouse apartment above the Clinton Presidential Library in Little Rock.


'Hillary occasionally goes to Little Rock, but she refuses to stay in the apartment because she knows that's his love nest.'
Posted by seemorerocks at 20:23