Attacked for speaking the truth - Clive Hamilton on climate change

Are We F--ked? Decoding the resistance to climate change 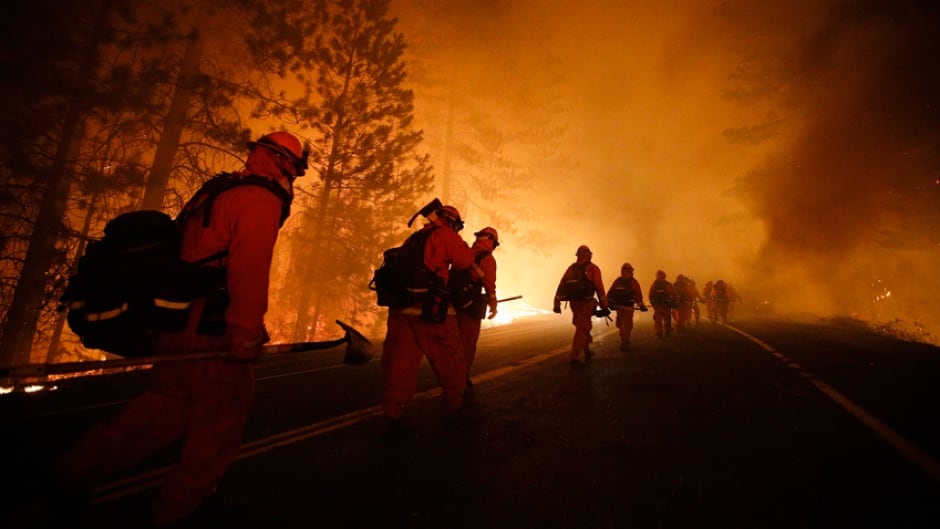 The evidence is everywhere: forests retreating, glaciers melting, sea levels rising. Droughts, floods, wildfires and storms have increased five-fold over the past 50 years. And we're only just beginning to feel the strain of climate change. It's estimated that rising sea levels will threaten 30 million people in Bangladesh alone. Miami could disappear within a generation. Despite all of these dire events and projections, the attacks continue — on climate scientists. Part 1 of 2-part series. Part 2 airs Thursday, September 14.

Clive Hamilton is an Australian public intellectual who's written books about global warming, among them: Requiem for a Species and Defiant Earth. His books were intended to enlighten the public. But as he says: "anyone who engages publicly in the climate change debate has been subject to threats and abuse from a global army of climate science deniers. There are a lot of disturbed, angry people out there, which is, of course, socially worrying."

The denial about climate change is widespread and profound. In fact, a term has been coined for it: "climate change denial disorder". So how did we get here? That's where Naomi Oreskes enters the picture. She's a Harvard professor and historian of science. In her book, Merchants of Doubt, she traces the people behind what has become a global industry of climate change denial. There are the American billionaire Koch brothers, who continue to finance "doubt" campaigns. Some observers put their contribution to climate change denial at $120 million, with the result that many now believe that stories about climate change are "fake news" or a "Chinese hoax". According to the Pew Research Center, almost half of Americans surveyed do not believe climate change is caused by humans. And 20% of Australians don't believe in climate change at all. Canadians are divided on the issue, too; however, public opinion research in 2016 shows that two-thirds of Canadians want federal leadership to tackle the crisis.

The journal, Global Environmental Change, refers to a study that lists the factors which connect climate change deniers to each other, no matter their country of origin: overwhelmingly, they're politically conservative, male and hold the environment in low regard. Some far-right groups do agree humans cause climate change but they maintain it's immigrants who are to blame.

Why does climate science face such an intractable problem? Naomi Oreskes concludes that, "it's not about the facts, not about the science. Underneath all of this is a fear that capitalism has failed. That new rules and regulations and carbon taxes to fight climate change are somehow an assault on our freedom and liberty — that we'll become Communists. That's why environmentalists are called "watermelons", green on the outside, red on the inside. Hard to believe, but that's the core of the resistance."

In parts one and two of this IDEAS series, Are We F--ked? we decode the resistance to climate change and learn what's at stake in the process. Part 2 airs Thursday, September 14.

This episode features Clive Hamilton, an Australian public intellectual who has written books about climate change: Requiem for a Species and Defiant Earth. He is also author of the widely-acclaimed, Affluenza. He is a Professor of Public Ethics at Charles Sturt University in Canberra, Australia.

Merchants of Doubt: How a Handful of Scientists Obscured the Truth on Issues from Tobacco Smoke to Global Warming by Naomi Oreskes and Erik M. Conway, published by Bloomsbury Press, 2011, New York.

Affluenza: How Overconsumption Is Killing Us--and How to Fight Back by Clive Hamilton, Berrett-Koehler Publishers, Inc., San Francisco, 2014.

Defiant Earth: The Fate of Humans in the Anthropocene by Clive Hamilton, published by Polity Press, Cambridge, 2017.

Requiem for a Species: Why We Resist the Truth about Climate Change by Clive Hamilton, published by Earthscan, Oxfordshire, 2010.

Storms of my Grandchildren: The Truth About the Coming Climate Catastrophe and Our Last Chance to Save Humanity, by James Hansen, published by Bloomsbury, 2010, New York.

Six Degrees: Our Future on a Hotter Planet by Mark Lynas, published by National Geographic, 2008, U.S.