What is the role of Hezbollah in the Middle East?

Who Are Hezbollah and What is Their Role in the Middle East? 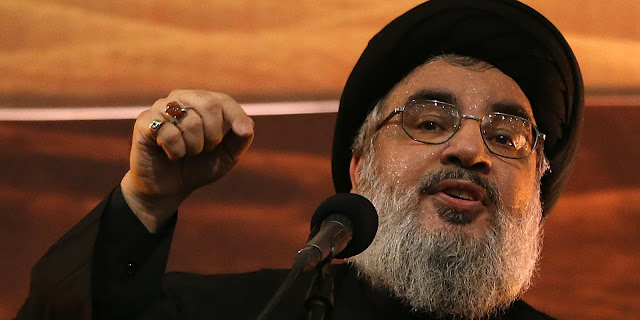 Perhaps one of the most enigmatic and ‘feared’ (by Israel & its US coalition allies) military and political entities in the world today, is Hezbollah. The following quote was taken from a review in The Middle East Quarterly of Amal Saad-Ghorayeb’s book “Hizbu’llah Politics and Religion“:

“Most notably, Saad-Ghorayeb gives an exceptional perspective of Hizbullah’s world vision. In contradiction to the Sunni concept of Dar al-Harb (the abode of war) and Dar al-Islam (the abode of Islam), Hizbullah focuses on oppressors (mustakbirun) and oppressed (mustad’afun). The oppressed are not exclusively Muslims but rather “all those who are oppressed on earth,” (28:5) socially, economically, politically, and culturally. According to Saad-Ghorayeb, these terms are “borrowed from Marxism and the Qur’an … infused with a sense of moral dualism and millennialism in its division of mankind into good and evil forces.”


Hizbullah considers Israel’s existence an act of terrorism, and therefore most, if not all, acts of “resistance” directed against Israel are legitimate. Hizbullah considers all land west of the Jordan River occupied, demanding the dismantling of the “Zionist entity.” Additionally, Saad-Ghorayeb explains Hizbullah’s view that Israel is based on a racist, colonialist ideology that embodies a Western expansion into Muslim lands, that strives to expand its territory from the Nile to the Euphrates, and clearly is attempting to wreak havoc on the lives of all Arabs and Muslims.

Finally, Saad-Ghorayeb lucidly explains that Hizbullah’s “public enemy” list is comprised of three concentric circles. The inner rung includes America and the “Zionist entity.” The second rung includes countries that it considers “illegally” to occupy land (i.e. England vis-à-vis its policy in Northern Ireland). Finally, the last rung includes regimes that are subservient to the West, specifically America. The oppressed are victims of these three categories, and Hizbullah urges victims to “form a common ‘international front’ to fight oppression.”

South Front made the following video which is an excellent history and review of Hezbollah’s “capabilities and role in the Middle East”. Watch ~