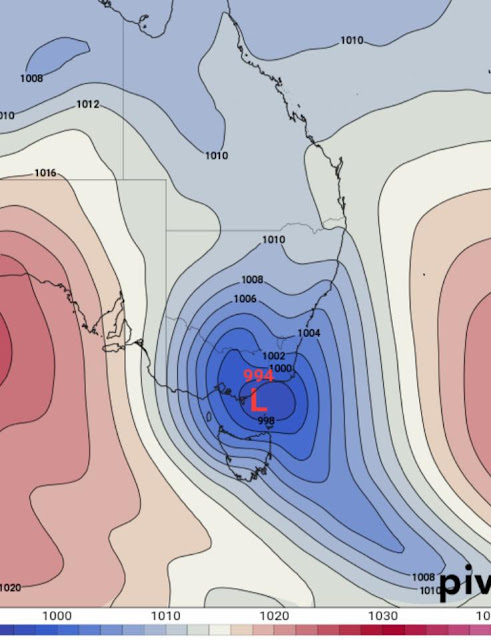 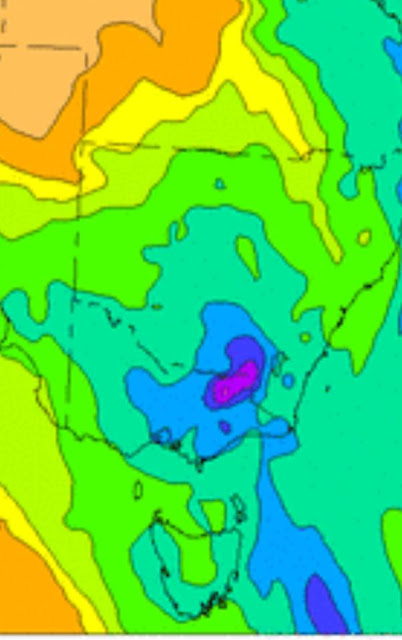 Good morning everyone, just when you think the models will not upgrade with this weather event they have this morning.

This set up for south eastern Australia especially Victoria and southern NSW is the "perfect storm" the likes that rural Victoria and southern NSW has not seen since 2010. In Melbourne it has been since February 2005 that this city last saw a weather system like this. The BOM have taken it a step further and mentioned it may be 30 years that Victoria has not seen a system like this.

Most of Victoria and southern/central NSW will see 50mm+ from this system however central, northern and northeastern parts of Victoria may see between 100-200mm with localised falls of 300mm about the Victorian north east ranges and southern highlands of NSW. This rainfall is likely to cause widespread flooding. 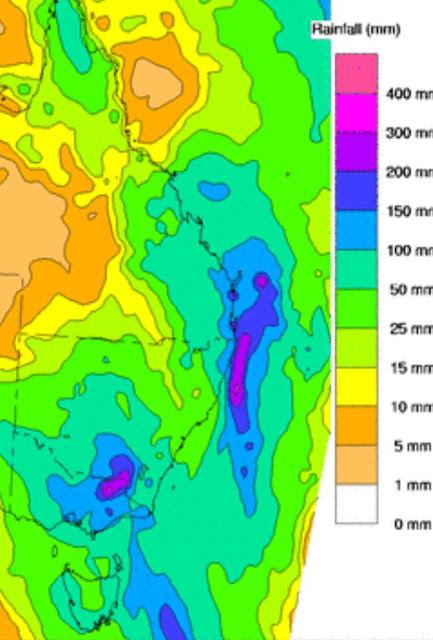 The rain will not be just concentrated in Victoria and southern/central NSW, large parts of SA will also see good falls from this (15-50mm range) especially southern parts. Tasmania will also see widespread rain 30-80mm with localised falls near 100mm in the far north east which may also cause localised flooding through this area.

Rain and storms will also extend into southern, eastern QLD with the trough and through the Cape York peninsila as the trough pushes through the state 20-50mm.

There is strong signs another upper trough and surface trough will bring more rain and storms through eastern Qld, eastern NSW and eastern Victoria early next week which will add to the problems.

The other issue which has not been mentioned much with this event is the deepening low over Victoria and north east of Tasmania is also likely to bring very strong winds possibly damaging in parts of Victoria and possibly Tasmania Saturday night into Sunday and with very wet saturated soils it will only make the problem worse.

Thunderstorms will also bring gusty winds and heavy downpours on top of the rain. Hail is also a threat.

Please continue to follow our updates over the coming days as this all unfolds.
- John's Weather Channel. 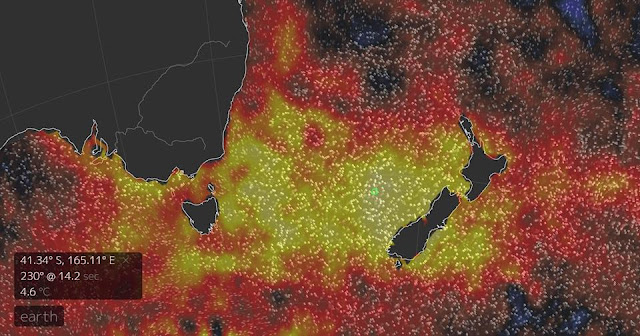 Red, yellow and grey are all above the normal temperature for this time of year. Yellow is about 3-3.5deg, Grey is 4-4.5deg.

Up in Indonesia, PNG and in a line from PNG to New Zealand it's about 1deg above normal. Oceans are the power house for weather and indiactioins from WeatherWatch.co.nz are it could be a bit stormy next year to the east of the NI like the first 1/3 of 2017 was.

Meanwhile across the Tasman...


Wellington swimmers are being warned to stay out of the Hutt River as the warm weather causes toxic algae to bloom. 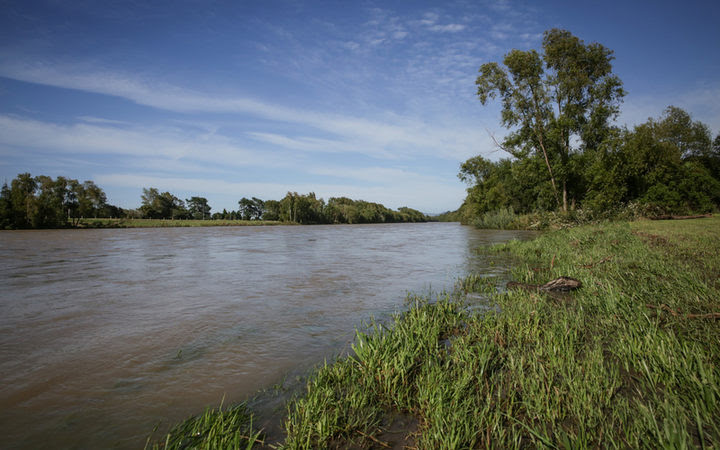 The Greater Wellington Regional Council says if swallowed, the toxic algae can cause serious illness and even death.

Swimmers and dogs should avoid going in the river south of Kaitoke.

The council said the warm weather and lack of rain were ideal conditions for the native algae to suddenly bloom.

Dr Mark Heath, an environmental scientist with the regional council, told Morning Report the council and health authorities were "very worried" about the levels of toxic algae in the Hutt river

"Traditionally the toxic algae is attached to the rocks at the bottom of the river, but currently a lot of that toxic algae is becoming unstable and floating down the stream, and we believe there is a very high probability that a human may accidentally swallow or ingest some of that while swimming in the river.
"You can have some minor skin irritations from touching, but that serious risk is actually associated with ingesting or swallowing."

The substance was not just floating down stream, it was also accumulating on the riverbank, said Dr Heath.

"But we also think that might be a big risk to young children who might be playing around the edge of the Hutt River and they might trip over and get some of this toxic algae mat on their fingers and hands and mouth, and they could also become very sick."

Dr Heath said symptoms might include vomiting, numbness, tingling, muscle twitches, weakness and difficulty breathing. He said in the worst-case scenario, victims could suffer convulsions and lack of consciousness.