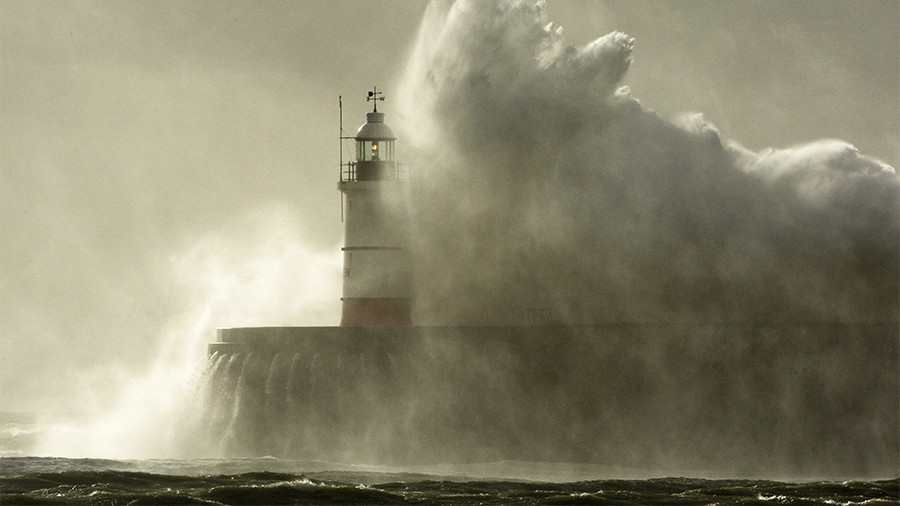 New Zealand could be potentially hit by a massive magnitude 9.0 earthquake followed by a “towering” tsunami, scientists warn. According to the researchers, a 2016 quake that hit the area reawakened a hazardous fault that was believed to be dormant.
The Hikurangi subduction zone – a deep trench in the Earth’s crust running along the eastern shore of New Zealand’s North Island – is now active and could trigger magnitude 8.5 earthquakes, which would be far more devastating that the one that hit the islands in 2016, a group of scientists from the GNS research institute warn. The earthquakes are also likely to be followed by tsunamis that could reach New Zealand’s coast within mere minutes, the geologists add.

"We need to think Japan 2011, basically, because if our whole plate boundary ruptured, it would be a magnitude 9 earthquake," Ursula Cochran, an earthquake geologist at the GNS, told the local media.“The Hikurangi subduction zone is potentially the largest source of earthquake and tsunami hazard in New Zealand, but there is still much to learn about it,” GNS Science said in a statement earlier.


Subduction zones similar to the one located near New Zealand are areas in which tectonic plates collide, with one being forced over the top of one another, creating what the geologists call a “megathrust.”In case of the Hikurangi subduction zone, the Australian plate is overhanging the Pacific one.

Earlier earthquakes that took place in such zones include the devastating 2011 earthquake followed by tsunami in Japan that claimed lives of thousands of people and triggered the Fukushima nuclear disaster, as well as a 2004 Indonesia magnitude 9.0 earthquake that left as many as 250,000 people dead.

A disaster that could potentially hit New Zealand would affect many heavily populated areas, such as Napier, Gisborne, Nelson, Wellington, Blenheim and Palmerston North. All those areas are located too close to the Hikurangi subduction zone for the scientists to issue a timely warning.

Another threat posing by a “megathrust” earthquake is a “towering” tsunami that would reach the shores of New Zealand in mere minutes. "We know from tsunami modeling from a hypothetical earthquake from the Hikurangi subduction zone that the travel times could be very short to the coast, so seven minutes for some of the south Wairarapa coast," Cochran said. In case of the Marlborough region, the people would have only between 10 and 30 minutes before a tsunami reaches them.

“Subduction zone earthquakes often produce large tsunamis because there are large and rapid displacements of the seafloor,” another GNS earthquake geologist, Kate Clark, warned in October. “The Hikurangi subduction zone is hazardous because we know that the plates are stuck together in places and are building up stress that will be relieved in future earthquakes,” she told the New Zealand Herald at that time.

The ongoing geologic activity could have been triggered by a magnitude 7.8 earthquake that hit New Zealand in 2016. At that time, the tremors left giant cracks in the earth, destroyed buildings and roads, and left two people dead.

"One thing about reflecting on from the Kaikoura earthquake is we don't want people to think this is the big one,” Cochran told the local media, referring to the 2016 earthquake. She went on to say that “the big one” would affect much larger territories of the islands. “Don't be scared, be prepared,” she added, however.
In March 2017, the GNS issued a video explaining the situation in the Hikurangi subduction zone. Now an international team of scientists has launched a special project to study the area and improve their understanding of risks it could pose to New Zealand