Huge storm in the Bering Sea

That is amazing! Right now, a monster storm is bringing HURRICANE force winds – 90 to 100 mph – to the Central and Eastern Aleutians. And this powerful Bering Sea storm underwent an crazy BOMBOGENESIS with pressure dropping an incredible 55 millibars in 24 hours from 1002 millibars 10 p.m. Friday Alaska time to 947 millibars 10 p.m. Saturday Alaska time.
Yes this is huge… But not the end: Another low pressure area could undergo bombogenesis next week while sweeping across the same area. 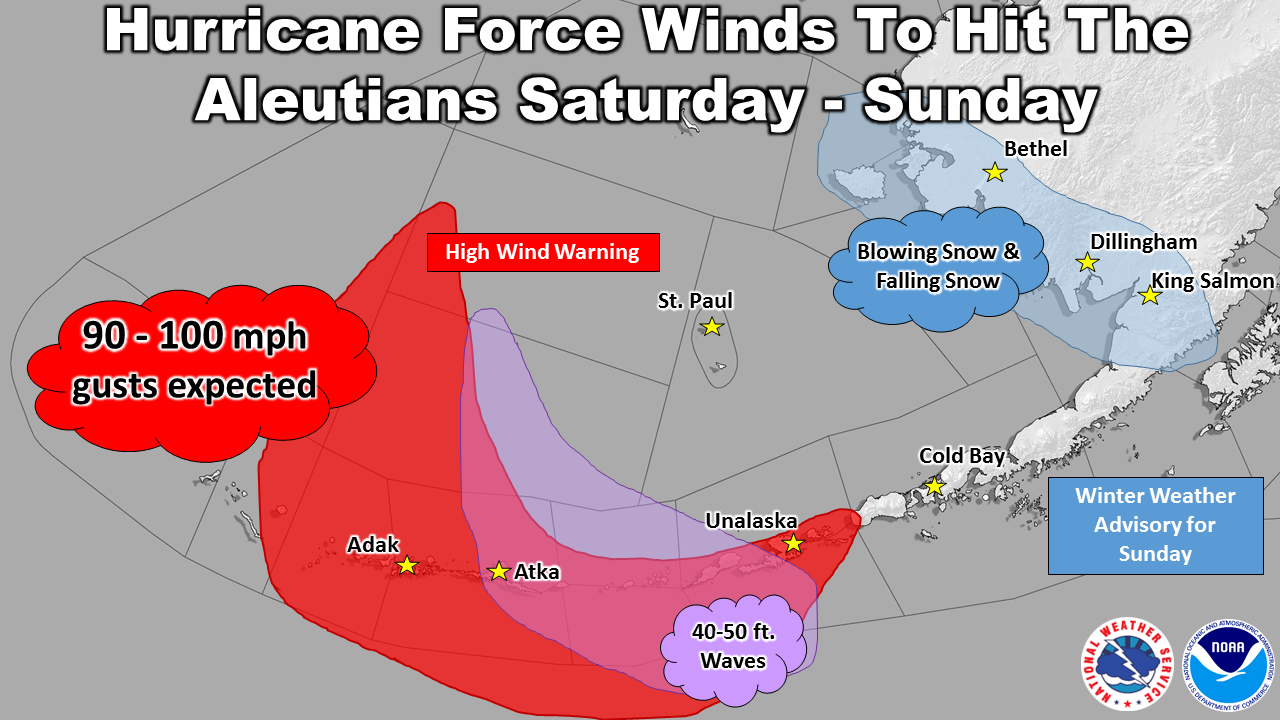 A strong storm is bringing high winds and snow to western Alaska! Hurricane force winds are expected for the Central and Eastern Aleutians. Facebook

High winds culminated at 92 mph at Atka Island and Adak Island as the storm engulfed the Bering Sea late Saturday into early Sunday. As shown in the picture above, the National Weather Service expected waves up to 50 and peak wind gusts up to 120 mph in different areas. 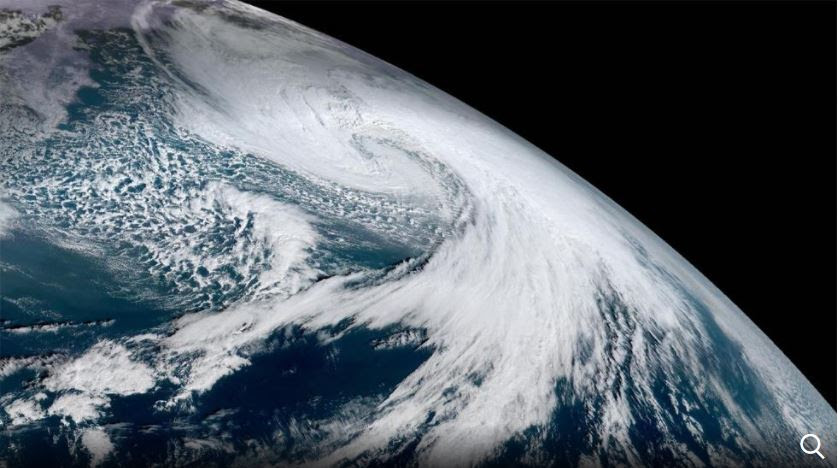 In addition to the strong winds, wave heights are forecasted to reach 40 to 50 ft in some locations. Weather.com 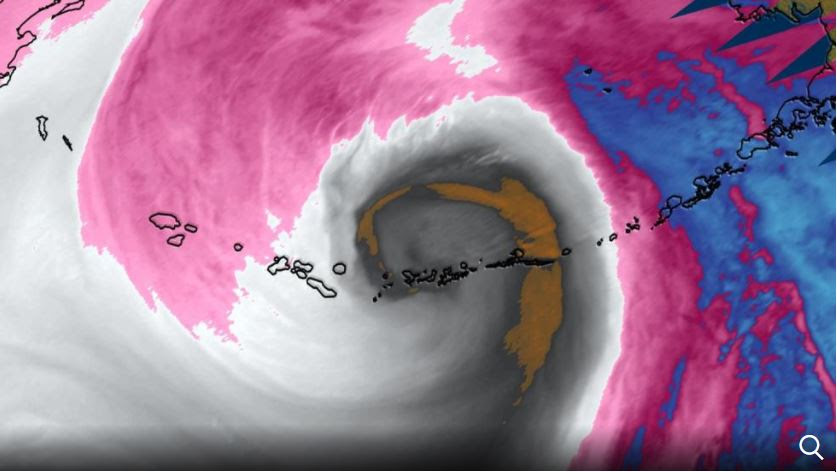 A Winter Weather Advisory has been issued for snow and blowing snow. Bristol Bay has the potential to see 8 to 11 inches of snow. Weather.com 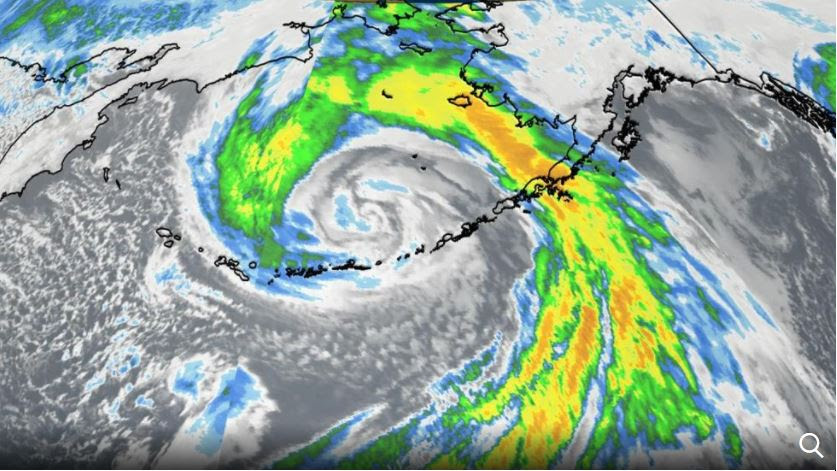 Through Monday the storm system is forecast to weaken over the Bering Sea area. But it’s not over! Another area of low pressure will probably undergo BOMBOGENESIS and engulf the Aleutian Islands on Tuesday with the same insane intensity.
Hope you aren’t currently in the region. Otherwise go undercover!