Saudis declare phase one of their campaign over

What next? A ground offensive? 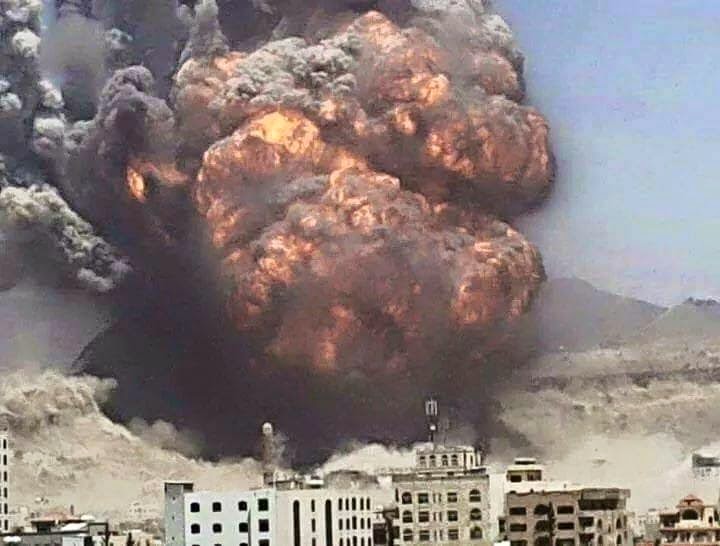 Saudi Arabia said its campaign of airstrikes in Yemen have succeeded in removing threats to the kingdom and other regional countries, bringing to an end Operation "Decisive Storm." As Bloomberg reports, the Saudi Defense Ministry said a coalition of mostly Sunni Muslim nations has “successfully eliminated the threat to the security of Saudi Arabia and neighboring countries,” by destroying the heavy weaponry and ballistic missiles held by the Shiite Houthi rebels. This comes one day after Gulf envoys told The United Nations that Yemen strikes won't end soon. Saudi Arabia hopes to restart a Yemeni political process and will begin "Operation New Hope," which appears to mean Saudi National Guard ground troops.


Oil reacts... because war is over, right?

Of course it is also settlement day so Oil liquidty is thin at best and moves exaggerated.


Saudi Arabia said its campaign of airstrikes in Yemen have succeeded in removing threats to the kingdom and other regional countries.

The operations by a coalition of mostly Sunni Muslim nations has “successfully eliminated the threat to the security of Saudi Arabia and neighboring countries,” by destroying the heavy weaponry and ballistic missiles held by the Shiite Houthi rebels, the Saudi Defense Ministry said in a statement late Tuesday carried by the official Saudi Press Agency. It didn’t say whether the campaign will continue.

The airstrikes were an attempt to roll back gains by the Houthis and force them to resume talks to resolve the country’s crisis. The rebels have driven Yemen’s Saudi-backed ruler, President Abdurabuh Mansur Hadi, into exile.

Saudi and other Gulf Arab officials accuse the Houthis and their allies of being tools of Iran, a charge they have denied.

Iran’s deputy foreign minister, Hossein Amir-Abdollahian, earlier on Tuesday expressed optimism that the bombing of Yemen would end “within hours,” citing unspecified diplomatic efforts. The Houthis have said they’re willing to resume talks on a political settlement in Yemen, though they say they won’t accept Hadi’s return to power.

*  *  *
But:
Meanwhile US warships continue to trawl the coast of Yemen...


This comes a day after U.S. Navy said aircraft carrier USS Theodore Roosevelt was steaming toward the waters off Yemen to beef up security and join other American ships that are prepared to intercept any Iranian vessels carrying weapons to the Houthi rebels. 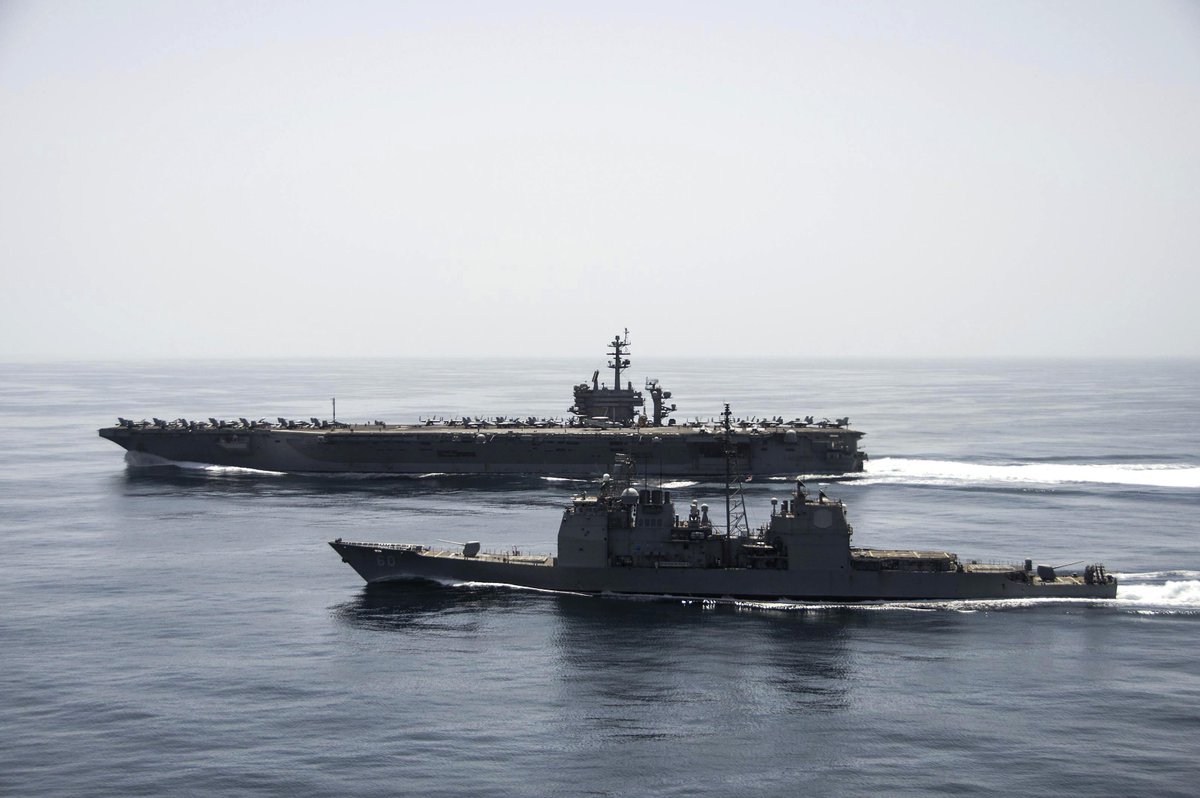 The Navy has been beefing up its presence in the Gulf of Aden and the southern Arabian Sea in response to reports that a convoy of about eight Iranian ships is heading toward Yemen and possibly carrying arms for the Houthis. Navy officials said there are about nine U.S. warships in the region, including cruisers and destroyers carrying teams that can board and search other vessels.

And new Saudi King Salman has called up The National Guard...

National Guard troops had already deployed along Saudi Arabia's southern border with Yemen, but the order from Salman on Tuesday could pave the way for a long-discussed ground incursion into Yemen to confront the rebels, known as Houthis.

We suspect war is not over.

All goals set by the "Decisive Storm" operation have been achieved. These included the destruction of ballistic missiles the Houthis had taken control of. The decision to end the offensive comes following a request by the Yemeni government, according to the Saudi-led coalition spokesman.
The anti-Houthi campaign is now switching into a new phase codenamed "Restoring Hope", the statement said, as cited by Saudi-owned Arabiya TV. The Saudi Defense Ministry says it is going to focus on anti-terrorism, security and finding a political solution to the crisis.
This does not, however, mean a ceasefire will be declared.
"The coalition will continue to prevent the movement of Houthi militias from moving or undertaking any operations inside Yemen," Saudi spokesman Brigadier General Ahmed Asseri in the Saudi capital Riyadh. He added that the bombing operation will resume if it is deemed necessary.

The announcement about the operation wrapping up comes hours after Saudi Arabia's King Salman ordered the country's National Guard to reinforce the border with Yemen.
Before that, only the navy, air and ground forces were involved in the operation, the latter's involvement limited to controlling the border. The National Guard is widely seen as the best equipped force at Saudi Arabia's disposal and answers to its own ministry separate from the Ministry of Defense.
Saudi Arabia and its allies have been engaged in a campaign of airstrikes and a naval blockade of Yemen, targeting anti-government Houthi rebels.
The Houthis had seized control of the capital Sanaa, driving Yemen's President Abd Rabbuh Mansur Hadi into hiding in Saudi Arabia, and advanced on the major port city of Aden.

Washington revealed on Monday it would be sending two more warships into waters off Yemen, to bolster its force there. The Pentagon said the vessels are conducting routine "maritime security operations". The US is assisting Saudi Arabia, but not taking part in the anti-Houthi campaign directly.

At least 944 people have been killed and 3,487 injured during the month-long conflict in Yemen, World Health Organization reported Tuesday.
Iran's foreign ministry welcomed a halt to the air strikes.
"We said the crisis in Yemen had no military solution, and a halt to killing innocent and defenseless people is absolutely a step forward," said Marzieh Afkham, a spokeswoman for the ministry, according to the semi-official ISNA news agency.