For those that understand Russian 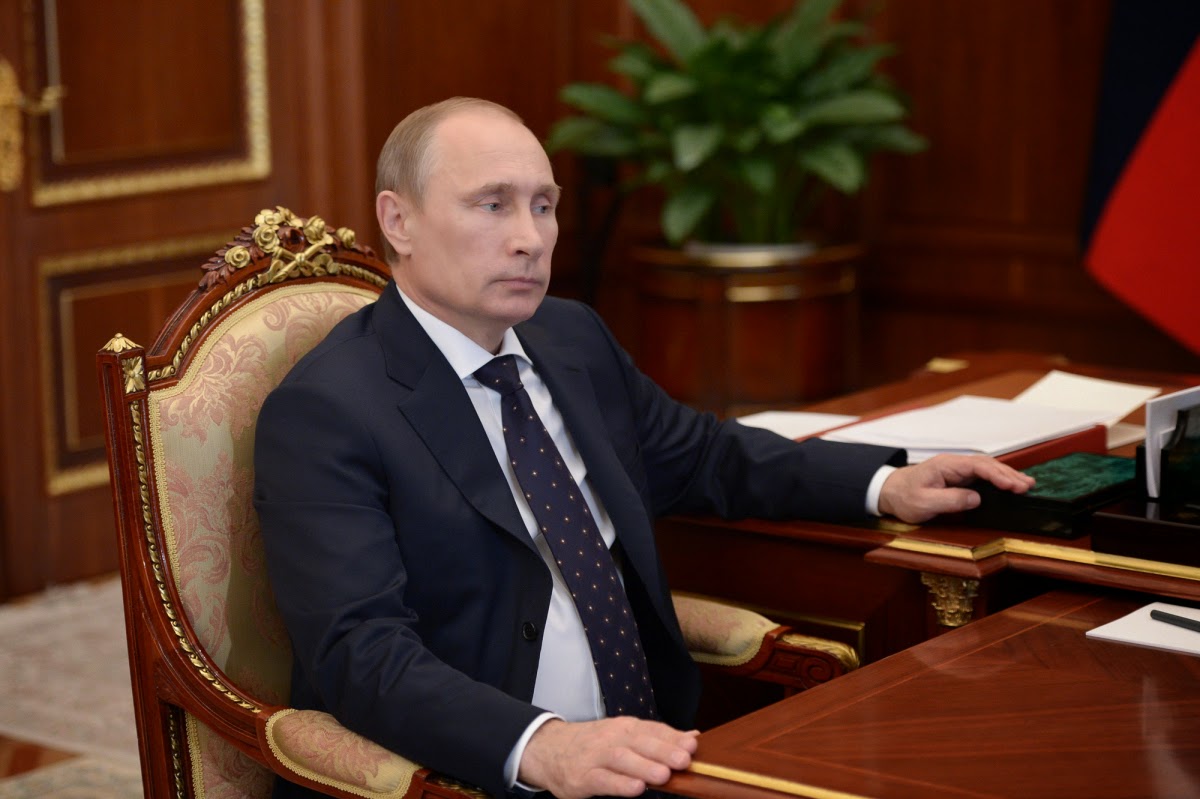 The latest documentary on Putin appears to be timed to coincide with Putin's 15 years in office.

None of these dates seem to me to correspond with any anniversary over the last few days and as I have said Putin was actually exercising effective power for some months before he formally became President.

Putting that aside, I don't think anyone would seriously disagree that he has been far and away the dominant figure in international politics over the last 15 years.

Even his many detractors have to agree. The vast literature they produce abusing him shows what an extraordinary hold over the world's imagination he has.
So what qualities does Putin have that have made him so politically dominant?

The first point to make is that Putin is powerful because he is a Russian who is the leader of Russia, which is one of the world's most powerful countries.

This banal point is rarely made but the fact is that if Putin had been born in Guatemala or Katmandu or indeed in Britain or France or Japan he would not have made anything like the impact that he has. Much of what people attribute to "Putin" (whether for good or ill) they should correctly attribute to Russia.

I have previously spoken of the danger of the unhealthy conflation of Putin with Russia that is so common in the West. Russia is more than Putin and Russia matters. Indeed it is one of the great powers of this world and the last 15 years have been a lesson proving that. Westerners who treated Russia as down and out and who now rage against Putin are basically angry because he and Russia have proved them wrong.

Putin does nonetheless possess certain essential qualities that explain his success. I would emphasise three:

1. Putin is an exceptional politician who understands the Russian mind. It is no exaggeration to say that his heart beats with Russia's. That does not mean that all Russians always agree with him or that everything he does is popular. Nonetheless he has an extraordinary instinct (which no amount of opinion polling can ever replicate) for what most Russians want or think.

2. He listens to advice and takes it from the right people. I have never felt with Putin that he makes his decisions on the hoof or on him.

He has put together a very capable and professional team to which he is intensely loyal and which in turn is loyal to him.

He is careful to take his advice from those who have genuine knowledge of a subject. Thus he takes advice on financial or economic policy issues from people like Ulyukaev and Siluanov (and formerly from Kudrin and Gref) and on security issues from people like Patrushev and Shoigu and not from the enthusiastic amateurs that most other leaders (including previously Gorbachev) like to take advice from. The result is that his decisions are invariably well-informed even if they are not always right.

3. He has the power of decision. We saw this in action last year when he acted decisively over the Crimea. We have seen it again over the last few days when he went to Yerevan to commemorate the Armenian genocide. Contrast this with the contorted obfuscations and over complicated and pusillanimous evasions of western leaders who have arguably less to lose where relations with Turkey are concerned.

Needless to say, precisely because he makes decisions, leaders of countries like those of Saudi Arabia, Israel or Turkey, respect him even when they oppose him. By contrast Western leaders, who appear to have all lost the power of decision, respond with bafflement and jealousy.

I don't pick out these three factors as the only ones that explain Putin's success. Others will point to his high intelligence and his capacity for hard work.

Some of his strengths also reflect weaknesses. His grasp of the minds of Russians does not appear to extend to the intelligentsia to the same degree, which is why he has been less successful with them (though that is probably to underestimate how bloody minded some of them are). This is a pity because his public comments show that he is actually a well read and even erudite man. I suspect that a lot of the trouble is that deep down they feel that he doesn't pay them enough attention, which given the extraordinary demands on his time must be difficult to do.

Regardless, those are my views about some of the reasons why Putin dominates both Russian and international politics to such an amazing degree with no challenge in sight.
Posted by seemorerocks at 11:30