* Edmund Hillary put us on top the world

* The Springbok tour protests earned us the respect of Nelson Mandela

* John Key has ruined our 100% Pure world reputation by polluting our rivers with cow shit, has put NZ on the UN's map for human rights violations, has soiled our "corruption free" image with his dirty politics, has given us $85B of unaccounted for debt, has covered up for pedophiles and wife beaters, and is now the butt of jokes in the international media for pulling a young woman's hair.

John Key and #PonyTailGate on US television 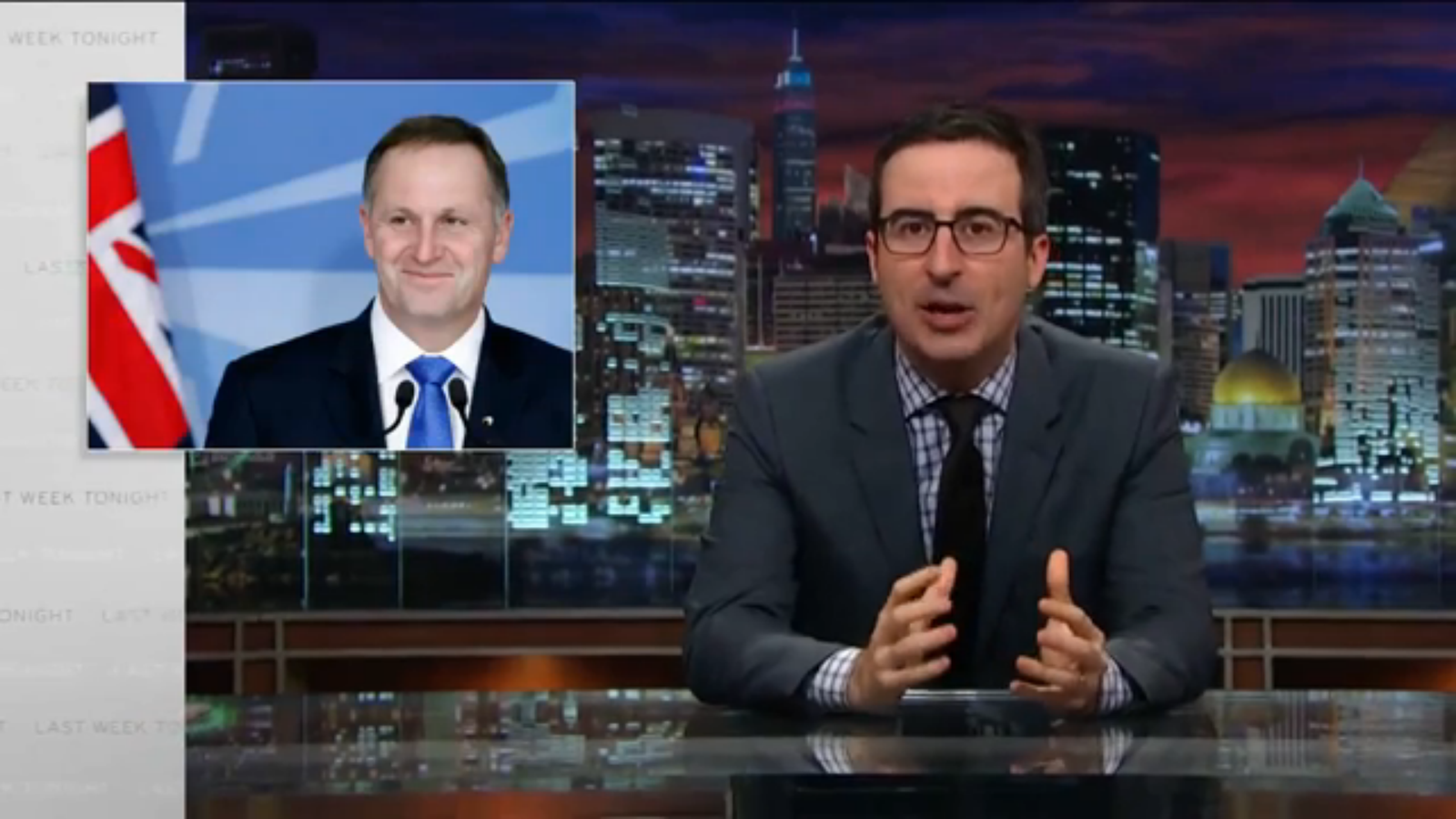 Or GO HERE
Posted by seemorerocks at 09:26