Developments in the Ponytail saga

There's going to be a lot more about this, no doubt. 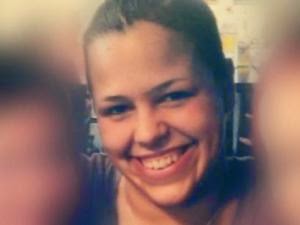 A former senior journalist says the John Key ponytail pulling scandal has turned political after conflicting reports of an interview with the woman at the centre of the incident emerged.

Allegations made by Amanda Bailey appeared on the Daily Blog yesterday outing the Prime Minster as a serial hair-puller.

She alleged today that New Zealand Herald journalist Rachel Glucina duped her into believing she was a public relations specialist during a meeting with two of her bosses, claims both her and the newspaper deny.

"There's an underlying current of politics throughout all of this and lying at the bottom of it," he told ONE News.

"She (Ms Bailey) is undoubtedly of a centre-left persuasion, no doubt about that, but then again a lot of her detractors are people of a centre-right persuasion. So once again we're seeing a news issue turned into pure politics."

He said it was becoming a "he says, she says" situation.

"The woman claims one thing, the Herald and its reporter claims another, so until such time as they give the public a full transcript of all the interviews Rachel Glucina did with this woman, the public won't really know."

Media commentator Gavin Ellis said journalists must identify who they are and who they represent before conducting an interview.

"We have two versions of the story, and I have no idea which is the more accurate of them," he said.

"Clearly there seems to be some confusion between the parties, and I simply don't know if there was any breach of an ethical standard here or not. If there was, clearly the Herald needs to redress that."

Herald has a 'meltdown'

The Herald has fought back against accusations its reporter misled Ms Bailey, with several versions of a statement posted to its website today.

The first version said Ms Glucina had approached the Hip Group, which owns the Rosie cafe in Auckland, "to seek comment from them and the waitress for a NZ Herald article".

The second removed the reference in that sentence to an article for the NZ Herald, simply saying Ms Glucina approached the group after The Daily Blog broke the story.

A third version added that Ms Glucina "wanted to follow-up The Daily Blog post" when she had urged the couple to "front-foot the issue".

A fourth change to the article removed the timestamp, re-setting the article's publish time to 5am, thus removing the "updated xx minutes ago" information.
Ms Bailey today updated her Facebook cover photo with a tweet from Conan Mckegg to Fairfax Media.

Media Commentator Russell Brown said the multiple releases were a "meltdown", a claim denied by the Herald's editor-in-chief Tim Murphy.

Herald editor Shayne Currie said in the statement he spoke to the owners of the Hip Group yesterday.

"When I spoke to the owners, they told me they had initially thought Rachel was working on a statement to go to all media, along with the photograph.

They say in politics, it’s not the crime that gets you … it’s the cover-up.

That looks set to be what happens here with #Waitergate.

Key initially tried to front-foot allegations of some seriously creepy weirdness meted out to a waitress at Parnell’s Rosie’s Cafe on Wednesday; but when the sad spectacle of our Prime Minister appearing on the nightly news attempting to defend his inappropriate touching of hospo staff as “a bit of fun” evidently failed to wash with the electorate, his Black Ops team went into action.

The first sign that this was being taken deadly seriously by the Nats came when they deployed Rachel Glucina acting in the guise of a “PR Advisor” to go have a chat with the waitress in question. Now, most people know instantly who Glucina is – and while she definitely specializes in PR and spin, she’s mostly done that in a reasonably covert capacity as the mistress of the Herald’s Gossip pages, rather than as a professional.

Although having said that, experienced political warriors have long speculated that her lines of communication run right the way into the Beehive – allegations which were later proven during #DirtyPolitics, when it turned out she was being deployed by the Nats to run scandalous “exposes” about alleged links between Russel Norman, Winston Peters, and Kim DotCom. At the time, Winston alleged her information source must have been the Office of the Prime Minister misusing the state’s security intelligence services to track his movements.

So we can already see that Glucina’s regularly up to her gills in Nat-party covert ops.

But how did she know so instantly precisely *which* Parnell cafe the incident had occurred at?

Or, for that matter … which waitress to call up and talk to.

New Zealand’s a small place – the well-healed east side of Auckland’s central suburbs even more so … but this was just uncanny.

Fortunately, Glucina has a brother in the know. For, you see, Rosie’s is run by Hip Group.

Well how about that.

So what I’m speculating happened here, is when Key’s team knew the hair was about to fly on this story; his shadow comms and PR team called in a previously utilized and demonstrably successful political weapon (Glucina), and told her to make the victim’s moral high ground go away.

Glucina then took advantage of her familial connection to Rosie’s afforded by her brother; and set up the interview with the victim and her immediate employers in the guise of running PR for them.

Now obviously, I can’t prove that Henry Glucina personally leveraged or convinced Rosie’s owners Grant and Brown to let his sister into their home for the purposes of running damage control … but it’s certainly not implausible.

In fact, the idea of Henry Glucina hitting up the people he works with on a day-to-day basis and saying something like “I know this looks *really bad*, and I’ve heard The Herald’s about to go public with identifiable details. Here, let me introduce you to this PR person I’ve got sitting around on retainer” and then wheeling in his sister to do an interview and photo-shoot – well, if anything, that seems scarily plausible. And would definitely explain why the Herald’s amended its own version of events to acknowledge considerable “confusion over the initial approach” while deleting Glucina’s earlier claim that “at no stage did she misrepresent herself or mislead anybody“.

This is how the Nats work. Words-in-your-ear, taps on the shoulder, going straight to your employers, and firing off falsehoods safe in the knowledge that somebody else comes along to clean up the mess afterwards.

I’m disgusted with the way Glucina and The Herald have acted here.

But if anything, I’m even MORE outraged that the only thing the Prime Minister appears to have learned from #DirtyPolitics … is that the Cameron Slater modus operandi works *really well* at skewering the innocent.

Fortunately, just like with #Watergate … this time, the crooks have been caught red handed.

Radio NZ is silent about the NZ Herald's role in outing waitress' identity. They are dutybound to defend the government against too much criticism 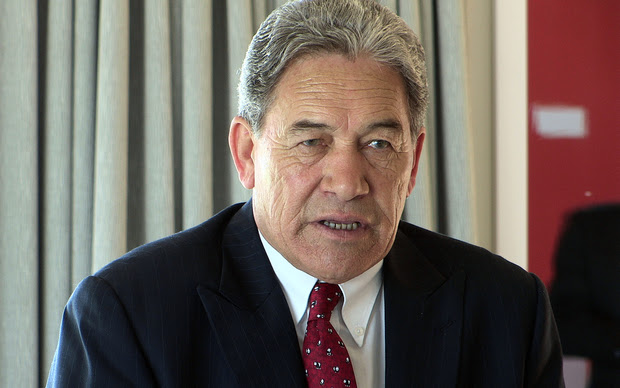 But Mr Peters said he could not understand why police officers guarding Mr Key did not act when the incidents took place.

Mr Peters said there was a prima facie case of assault given Mr Key had repeatedly pulled the waitress' ponytail.

The woman was identified as Amanda Bailey by the New Zealand Herald this morning.

Mr Peters criticised the police who were with Mr Key when he tugged her air.

"The police are in a most invidious position. I am not saying what they should do. I am asking why they didn't do anything at the time. After all, they may be bodyguards but they are policemen and women," he said.

Mr Peters said the Prime Minister's conduct also undermined his authority to deal with any National MP who might misbehave in the future.

Labour Party deputy leader Annette King said she was also puzzled as to why members of John Key's diplomatic protection squad stood by and did nothing.

"I wonder whether the people around him have got too close to him, and, in fact, they're too scared to tell him what they really ought to. I'm surprised that the security people around him didn't say: 'Prime Minister, we just want to say that's probably not appropriate, what you're doing'."

"His job is to ensure discipline amongst his members, and when they look at his behaviour I think he's going to find it much more difficult than in the past when he could say 'I have very high standards that I expect from my caucus members and ministers'. It's going to make it much harder for him," she said.

Green Party co-leader, Metiria Turei agreed that Mr Key had previously set very high standards for his own MPs, and where they had acted in a similar way, he had demoted or fired them.
Listen to analysis from Media Watch on Checkpoint ( 4 min 50 sec )

"The big issue now really is for the National Party caucus. How can they have any respect for his attempts to discipline them and what will they do now to discipline their own leader?" Mrs Turei said.

Mr Peters said it would be up to National Party MPs as to whether Mr Key's conduct undermined his authority in their yes.

"But he's not in a very strong position, given that when he began, he was very, very, very loquacious about how he had high standards. Well, with the greatest respect, on countless occasions, and this is one of them, he's demonstrated anything but that."

Meanwhile, Mr Key could also face an investigation by the Human Rights Commission.

Women's rights campaigner and former National Party MP Marilyn Waring said anyone could make a complaint to the Human Rights Commission; it did not have to be the waitress.

"It's the law passed first of all by the National Government for the Human Rights Act, amended in 1993 by the Bolger Government. Neither Muldoon nor Bolger have ever shown any evidence they would behave in this (manner). It's like saying, 'Oh it's all right, he only stole a couple of packets of cigarettes'," Ms Waring said. 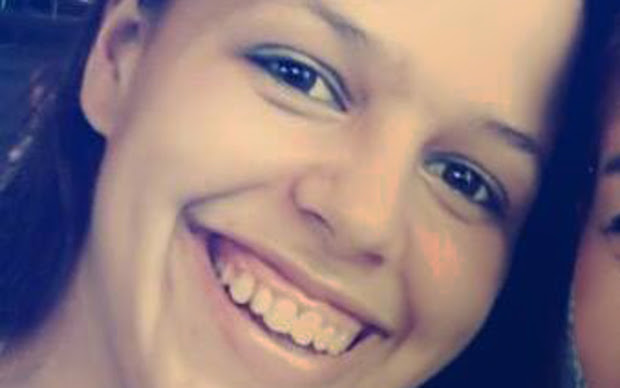 "It was repeated, targeted, unreasonable in that a reasonable person looking at this behaviour would say it is unreasonable and a threat to the waitress' well-being, and certainly that's clear in her account.

"I'm not sure in what any other it meets the criteria, certainly there was a power imbalance and that's an important aspect of most bullying case." 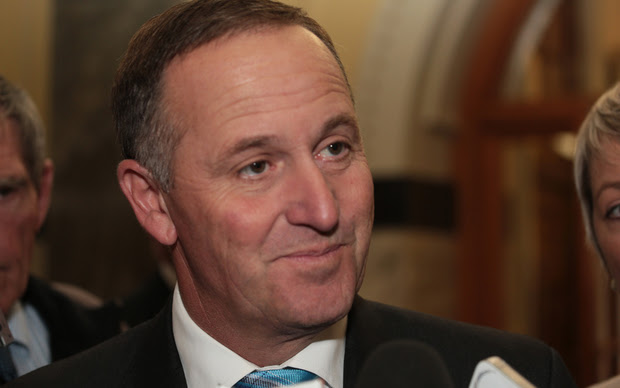 National 'unlikely to take a hit'

Massey University's Claire Robinson said the expose would only make people who do not like Mr Key dislike him even more.

She said National supporters would probably wonder what he was thinking, but it would not have a major effect.

And she said it probably would not have a big impact on women voters.

"Well women have been turning against him ever since the first term actually, so in National's first term in office National was more popular than Labour, but over the last seven years that'd been swinging back.

"I think women are turning off John Key's sense of humour as time goes by."

She said she thinks the story will also blow over quickly because of Anzac Day commemorations.

Meanwhile, Mr Key is now in Istanbul for an international peace summit, which starts late Thursday night New Zealand time, before he heads to Gallipoli for the Anzac Day centennary service.

But his act of pulling Amanda Bailey's ponytail is dominating the news coverage, including extensive coverage by international media.