Greetings from the Anthropocene

No one wants to hear this like news of an approaching tornado or an asteroid. Guess what we are the asteroid or more appropriately we are the virus that swept across the planet leaving nearly everything behind it dead including the virus itself!. 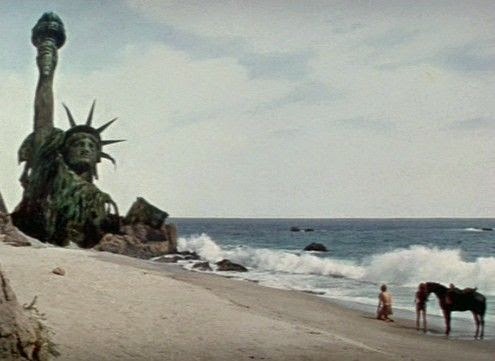 In the 1968 film Planet of the Apes, astronaut George Taylor realizes he is on earth when he encounters a half-sunken Statue of Liberty. (20th Century Fox/wikipedia)

Happy Earth Day and greetings from the Anthropocene! It's an important moment to take stock of our air, water, land and charismatic megafauna. We've spent a lot of time talking about intractable environmental challenges on The Leonard Lopate Show. Here's a (totally incomplete) roundup of what's happening to our planet:
Best of luck, everyone!