More on the Nepal earthquake


A little over four years after the devastating Japanese earthquake led to a tsunami that triggered the biggest nuclear disaster since Chernobyl, overnight Asia was once again the epicenter of a massive, 7.9 magnitude earthquake, this time not on the Pacific Rim but deep in the Himalayan mountain range, striking the small country of Nepal and sending tremors deep in Northern India, resulting in at least 449 deaths, countless injured, toppling a 19th-century tower in the capital Kathmandu and triggering avalanches on Mount Everest.

The U.S. Geological Survey said the quake, initially measured at 7.7 but upgraded to 7.9 magnitude, struck 80 km (50 miles) east of Pokhara. It was only 2 km deep.

According to Reuters, this was the worst quake to hit the impoverished Himalayan nation in 81 years. The tremor was so strong it caused damage in neighboring Indian states and Bangladesh. The quake was shallow, intensifying the amount of energy released over a relatively small area.

Reuters further reports that the death toll had reached 449 in Nepal according to an initial police estimate, most from the Kathmandu Valley. There was little information coming from the outlying areas of the mountainous country and helicopters were circling overheard to get a better sense of the damage.

"Hundreds of people are feared dead and there are reports of widespread damage to property. The devastation is not confined to some areas of Nepal. Almost the entire country has been hit," said Krishna Prasad Dhakal, deputy chief of mission at Nepal’s Embassy in New Delhi.

The following photos from the scene of the incident confirm the extent of the devastation. 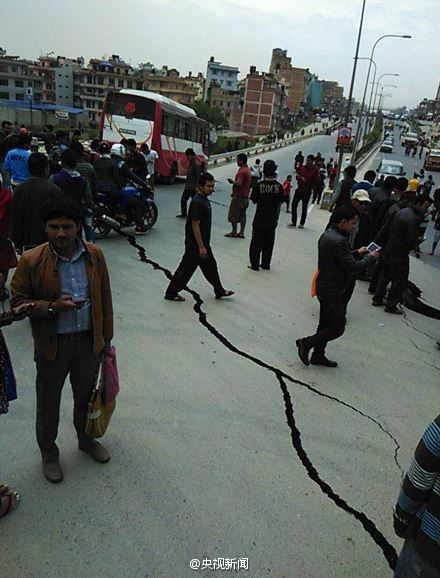 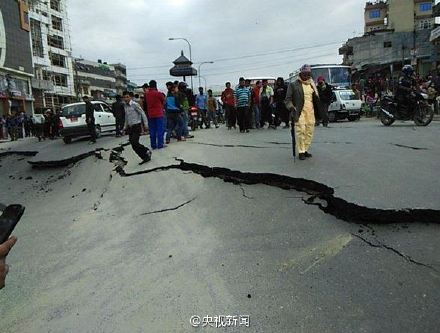 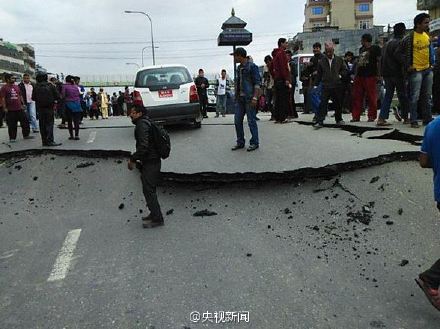 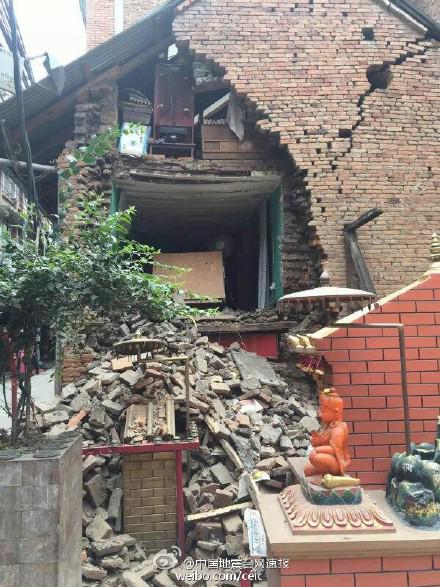 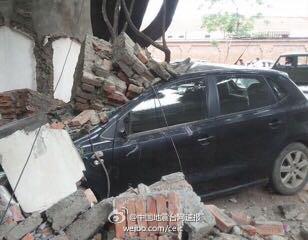 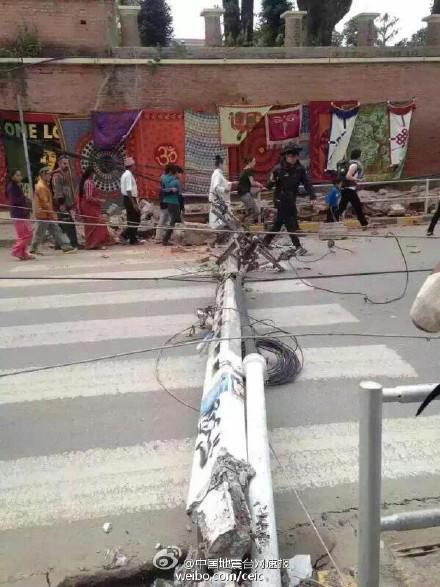 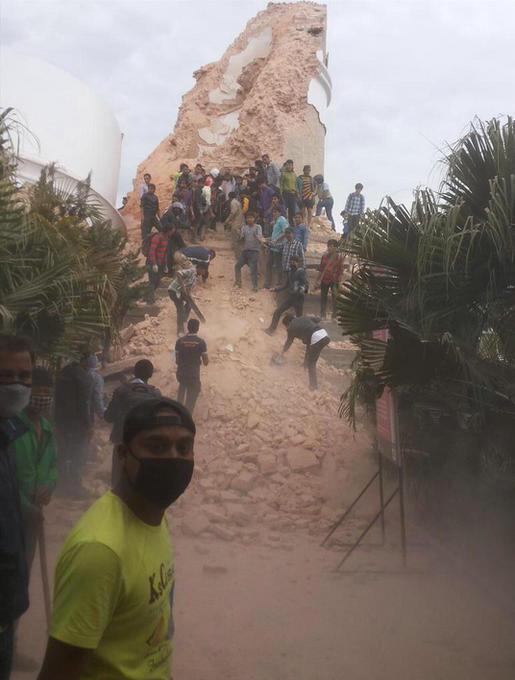 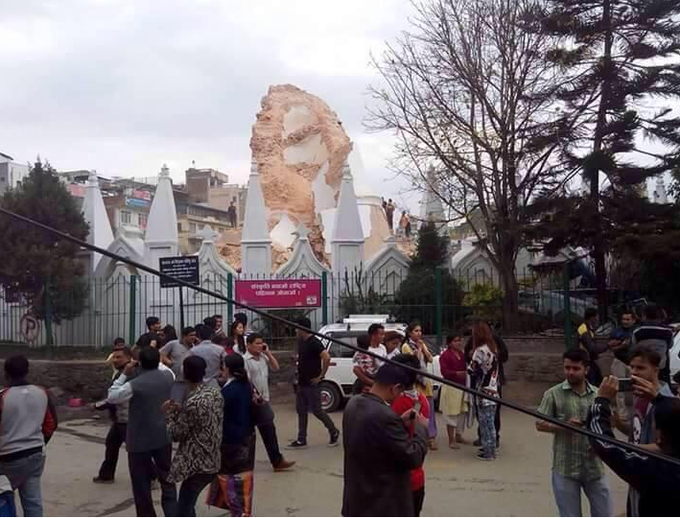 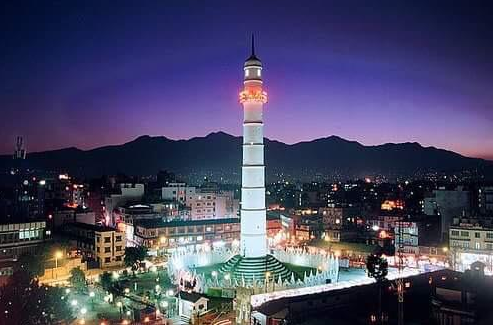 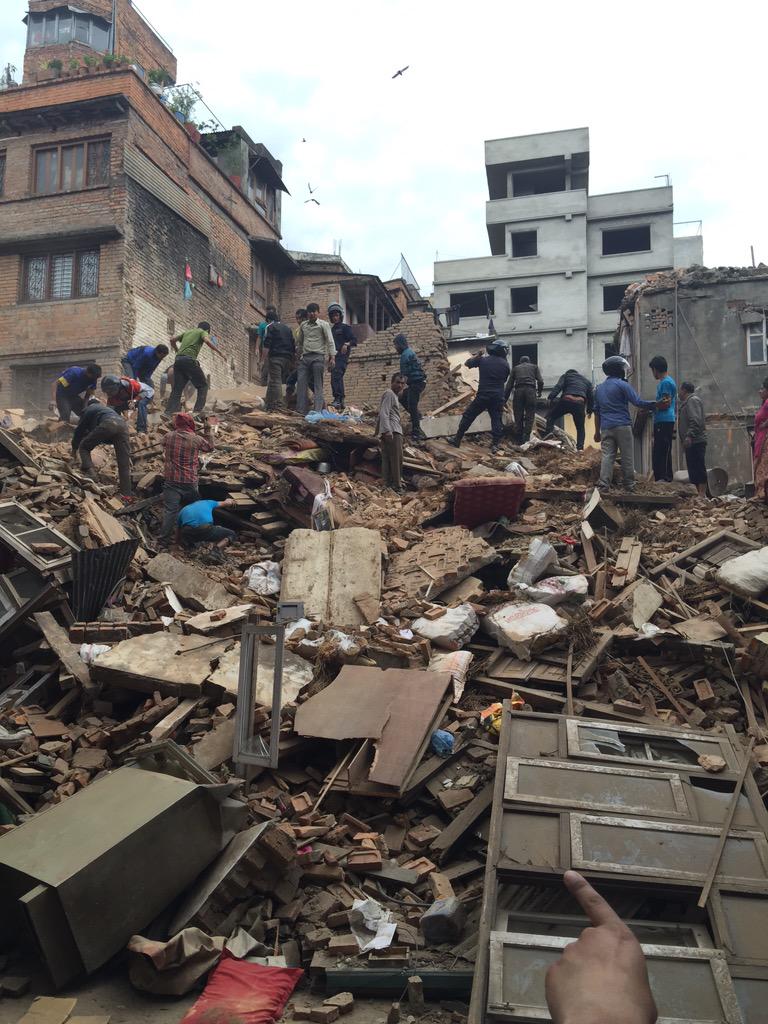 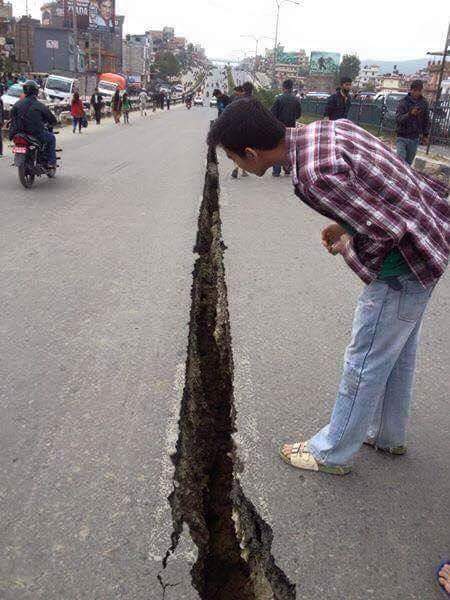 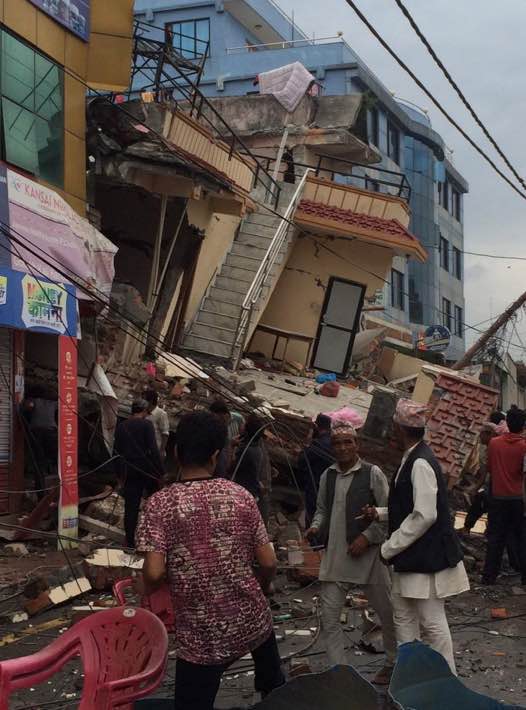 Earthquake Report @ShakingEarth
#Earthquake #Nepal - We have reports from #Kathmandu about collapsed buildings and fatalities- http://wp.me/p1bAUO-Cqr

Nepal urged countries to send aid to help it cope with the aftermath of a devastating earthquake that killed more than 1,300 people, a toll officials said would rise as the desperate search for 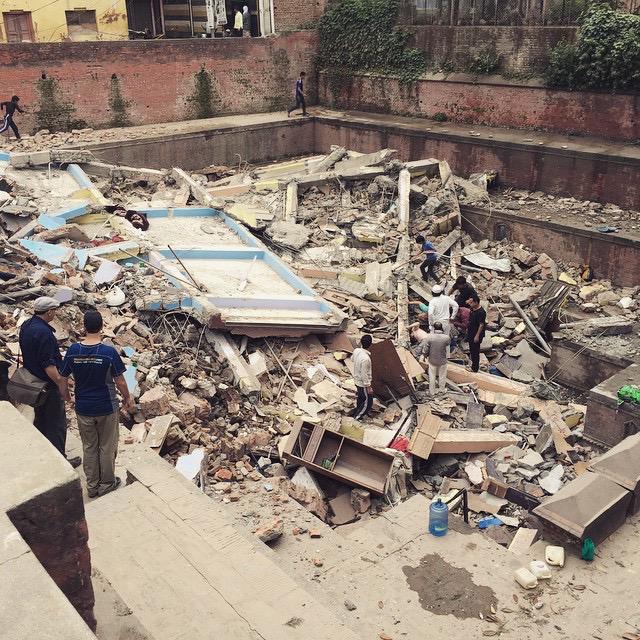 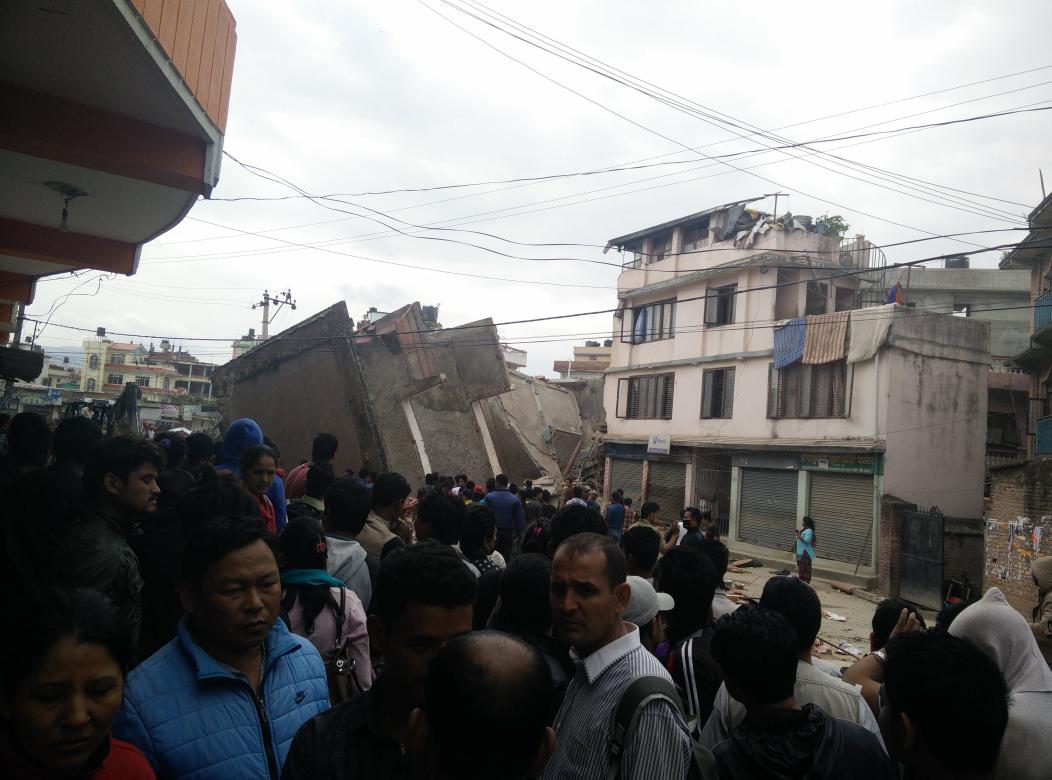 As the ongoing reports from the scene of the quake trickle in, it is almost certain that the final death toll will be far greater, although it will hopefully not surpass the devastating 1934 M8.3 quake that struck Nepal and killed over 8,500.


"Hundreds of people are feared dead and there are reports of widespread damage to property. The devastation is not confined to some areas of Nepal. Almost the entire country has been hit," said Krishna Prasad Dhakal, deputy chief of mission at Nepal’s Embassy in New Delhi.

"We are totally cut off from most parts of our country," said Ram Narayan Pandey of the Nepal Disaster Management Authority, who was coordinating relief efforts from Kathmandu.

The death toll in northern India rose to at least 12, with six killed in house collapses in Uttar Pradesh and six more dying in Bihar further east, according to government officials.

Striking in immediate proximity to Mount Everest, the earthquake led to at least one major avalanche in its aftermath. It was unknown as of this moment if any climbers were caught in its wake.

Romanian climber Alex Gavan said on Twitter that there had been a "huge avalanche" and "many, many" people were up on the mountain. "Running for life from my tent," Gavan said. "Everest base camp huge earthquake then huge avalanche."

Another climber, Daniel Mazur, said Everest base camp had been "severely damaged" and his team was trapped. Please pray for everyone," he said on his Twitter page.

An avalanche in April 2014 just above the base camp on Mount Everest killed 16 Nepali guides. April is one of the most popular times to climb Everest before rain and clouds cloak the mountain at the end of next month.

Alex Gavan @AlexGAVAN
Everest base camp huge earthquaqe then huge avalanche from pumori.Running for life from my tent. Unhurt. Many many people up the mountain.

The quake was so powerful, tremors were felt as far away as New Delhi and other northern cities in India, with reports that they had lasted up to a minute. "Massive tremors have been felt here in Delhi and several other parts of India," said a newsreader on NDTV in Delhi.

"You can see pictures of our Delhi studios, where the windows rattled and everything shook for a very long time, for a minute perhaps or longer," she said as footage showed studio ceiling camera lights shaking.

"We are in the process of finding more information and are working to reach out to those affected, both at home and in Nepal," tweeted Indian Prime Minister Narendra Modi.

He convened a high-level meeting with ministers and top officials to assess the situation. There were no preliminary reports of damage anywhere in India, Home Minister Rajnath Singh told the Press Trust of India.

The massive quake concludes a period of relative seismic stability in the Asian region over the past 4 years. One hopes that this isn't a harbinger of many more earthquakes to come, and certainly none targeting already suffering Japan, because the last things its foundering economy, already on the Keynesian precipice, needs is an act of nature to seal its fate.

Posted by seemorerocks at 09:59