From Kevin Hester, only just returned from Nepal. Kevin our thoughts go out to you and to your friends

Hi everyone, thanks for your wonderful, caring P.M's and posts on the tragedy in Nepal. I am just home in NZ but in contact with our new friends in Nepal and trying to wade my way through this. Some of our friends are ok but suffering enormous damage. Some are missing in action and I am trying to contact them, please bear with me.

A 7.9-magnitude earthquake has struck Nepal and India, killing at least four people. The most severe damage was seen in Nepal’s capital, Kathmandu, where buildings collapsed, reportedly causing numerous injuries.

Shortly after the earthquake, the USGS raised the initial 7.5-magnitude of the quake to 7.9. 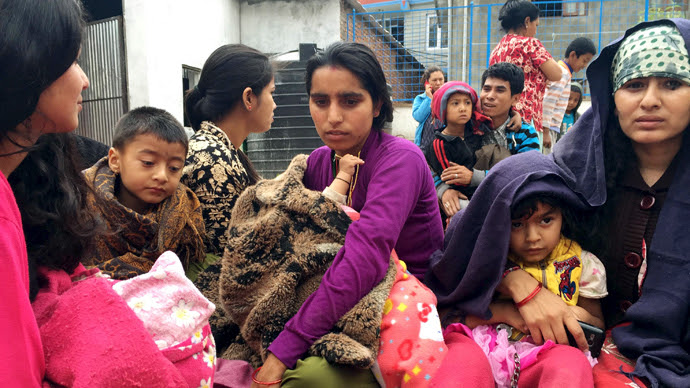 People wait at a school after a 7.7 magnitude earthquake struck, in Kathmandu, Nepal, April 25, 2015. (Reuters)

It occurred 33km east of Lamjung District and 80km northwest of Kathmandu, which has a population of about 1 million. The quake was at a depth of 31km. 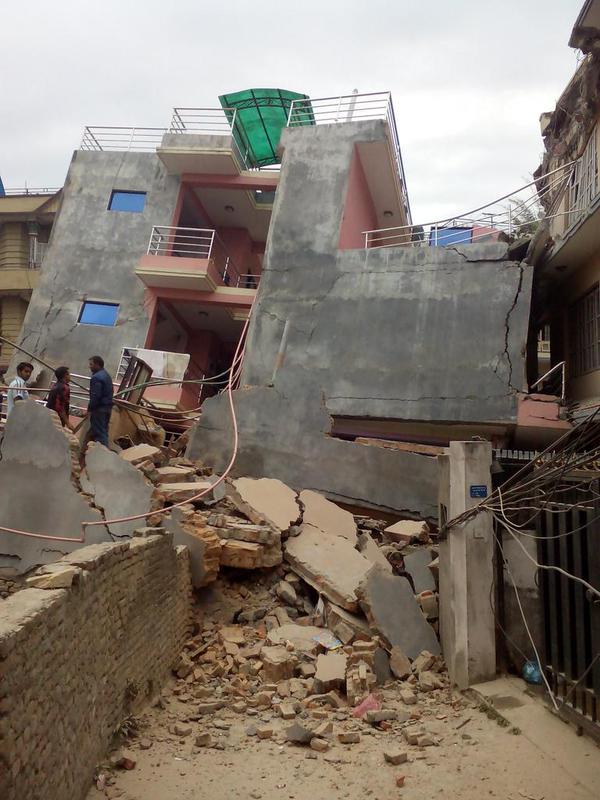 Everyone is out in the streets of Kathmandu and people are rushing to hospitals, local media reported. 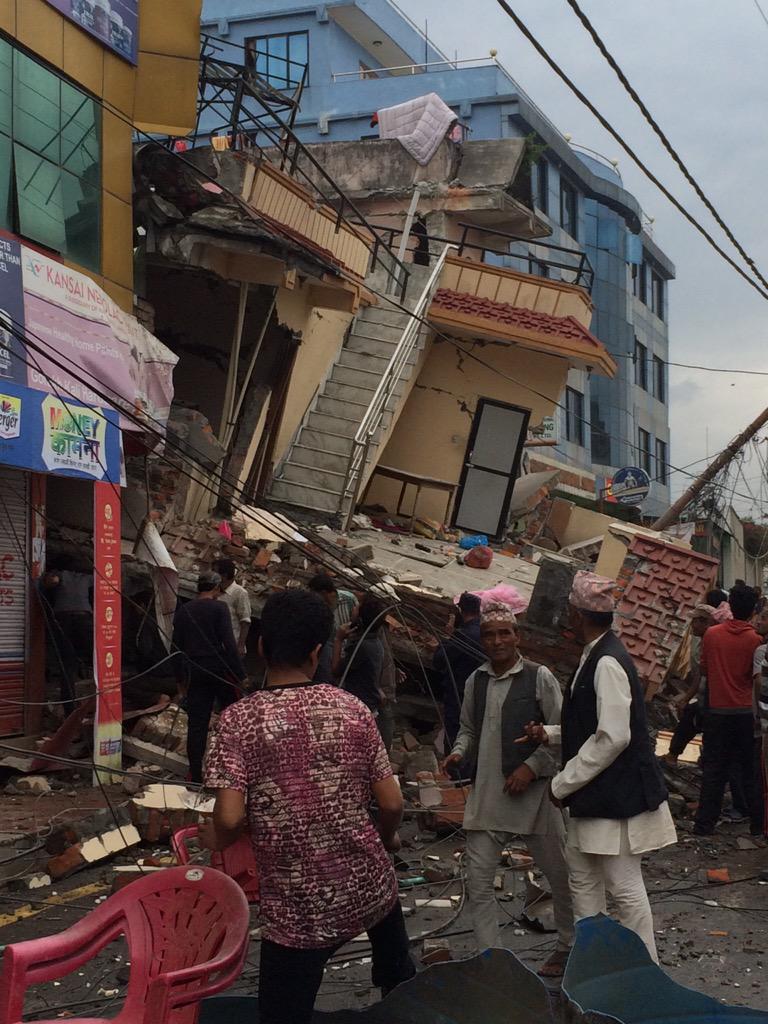 6:56 PM - 25 Apr 2015
Reuters witness said a child has been killed in a town near Kathmandu when a statue fell in a park. A 15-year-old girl also reportedly died in India after the tremor brought a house wall down.


The historic Dharahara (Bhimsen) Tower, dating back to 1832, has reportedly collapsed in Kathmandu, said witnesses. The 62-meter-high monument was a part of Architecture of Kathmandu recognized by UNESCO. 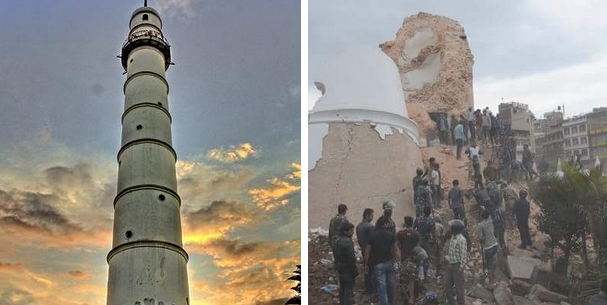 According to witnesses at least one body was removed from the tower and a second lay further up the road. About 50 people are now being trapped inside the collapsed tower, Nepal media reported. 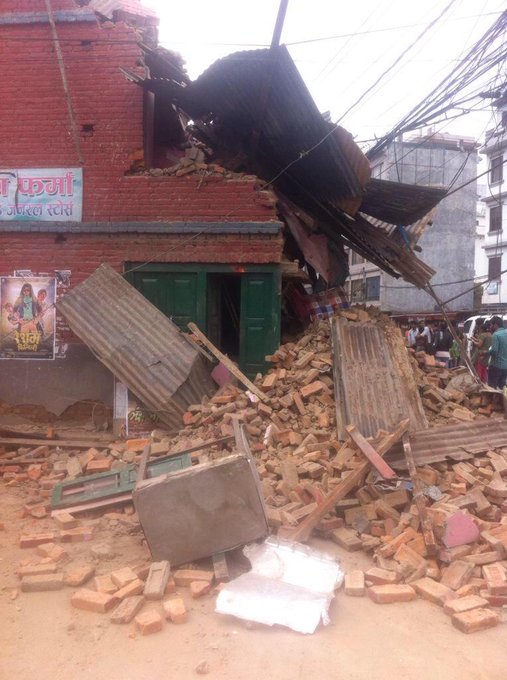 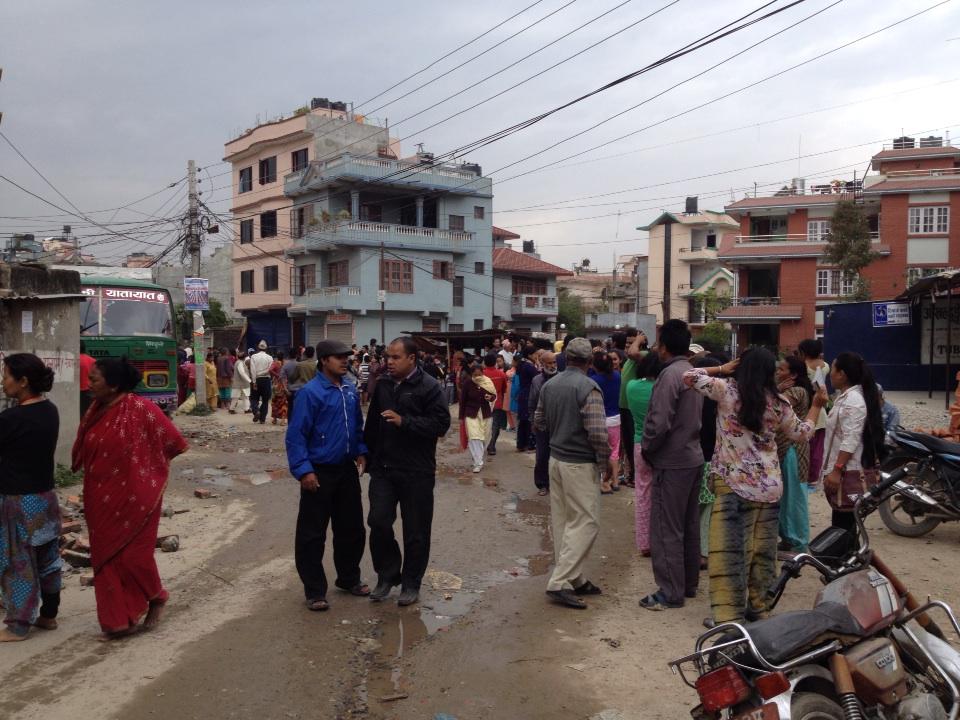 Some tremors were reportedly felt in some cities in eastern and northern India, including the capital, New Delhi, said JL Gautam, Head Operations Seismology of Indian Meteorological Department (IMD).
People were seen running from their houses after the buildings shook for several minutes in Delhi and parts of the National Capital Region. 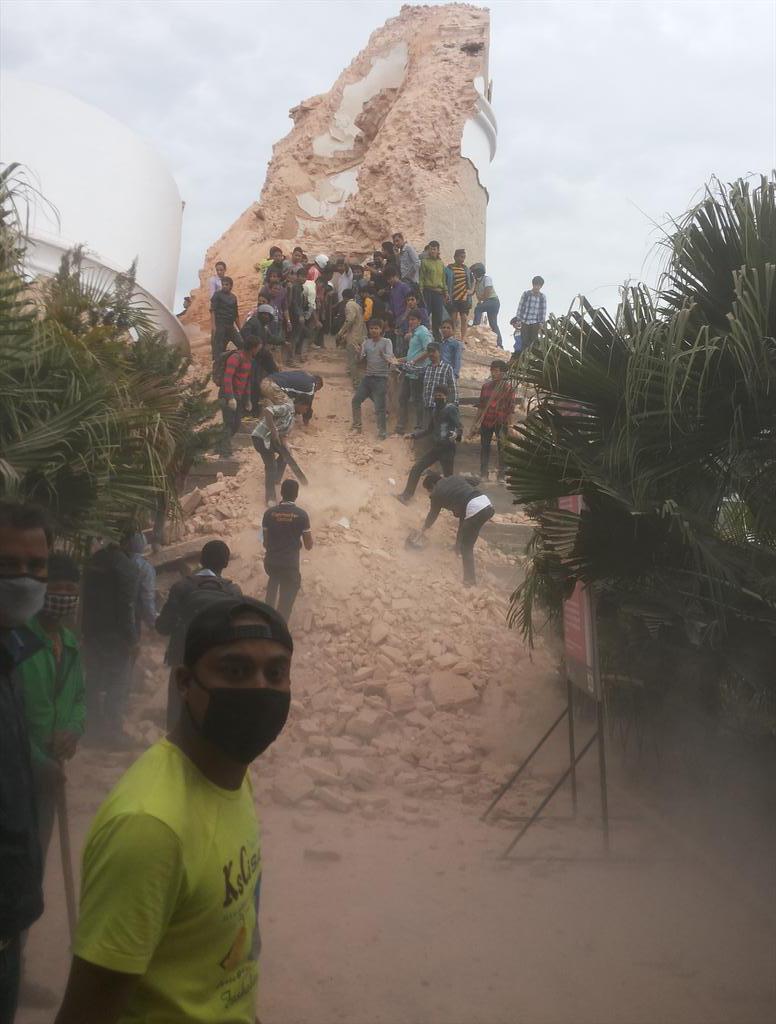 “News has come in about an earthquake in Nepal. Several parts of India also experienced tremors,”Indian PM Narendra Modi tweeted

Also tremors were felt in the cities of Patna, Lucknow, Kolkata, Jaipur and Chandigarh.

The quake caused an avalanche on Mount Everest, mountaineer Alex Gavan tweeted from Mount Pumori, about 8km (5 miles) west of Mount Everest, tweeted.
"Everest base camp huge earthquake then huge avalanche from [Mount] pumori. Running for life from my tent. Unhurt. Many many people up the mountain," Gavan wrote.

A senior mountaineering guide says an avalanche swept the face of Mt. Everest after the massive earthquake, while government officials say at least 30 people have been injured on the mountain.

Ang Tshering of the Nepal Mountaineering Association says that the avalanche apparently occurred between the Khumbu Icefall, a rugged area of collapsed ice and snow, and the base camp where most climbing expeditions have their main camps.

While details are unclear with communications limited to the Everest region, Tshering says the avalanche did not appear to have hit the base camp itself.

Nepal's Home Ministry, meanwhile, says 30 people have been injured on the mountain, though it was not clear where those injuries have taken place.
Posted by seemorerocks at 21:51