It's time to 'Do the math' again 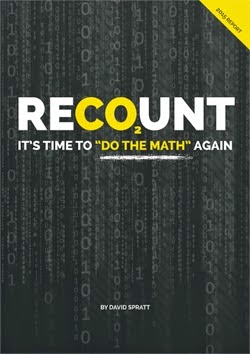 Have we gone mad? A new report released today explains why contemporary climate change policy-making should be characterised as increasingly delusional.

As the deadline approaches for submissions to the Australian government's climate targets process, there is a flurry of submissions and reports from advocacy groups and theClimate Change Authority.

Most of these reports are based on the twin propositions that two degrees Celsius (2°C) of global warming is an appropriate policy target, and that there is a significant carbon budget and an amount of "burnable carbon" for this target, and hence a scientifically-based escalating ladder of emission-reduction targets stretching to mid-century and beyond.

A survey of the relevant scientific literature by David Spratt, "Recount: It's time to 'Do the math' again", published today by Breakthrough concludes that the evidence does not support either of these propositions.

The catastrophic and irreversible consequences of 2°C of warming demand a strong risk-management approach, with a low rate of failure. We should not take risks with the climate that we would not take with civil infrastructure.

There is no carbon budget available if 2°C is considered a cap or upper boundary as per the Copenhagen Accord, rather than a hit-or-miss target which can be significantly exceeded; or if a low risk of exceeding 2°C is required; or if positive feedbacks such as permafrost and other carbon store losses are taken into account.

Effective policy making can only be based on recognising that climate change is already dangerous, and we have no carbon budget left to divide up. Big tipping-point events irreversible on human time scales such as in West Antarctica and large-scale positive feedbacks are already occurring at less than 1°C of warming. It is clear that 2°C of climate warming is not a safe cap.

In reality, 2°C is the boundary between dangerous and very dangerous climate change and 1°C warmer than human civilisation has ever experienced.

In the lead up to the forthcoming Paris talks, policy makers through their willful neglect of the evidence are in effect normalising a 2.5–3°C global warming target.

This evidence in "Recount: It's time to 'Do the math' again" demonstrates that action is necessary at a faster pace than most policy makers conceive is possible. Decades of procrastination mean there is no longer sufficient time for an incremental and non-disruptive reduction in emissions.

Only a whole-of-society rescue plan, understood as action at emergency speed outside of the business-as-usual political mode, can provide hope of retaining a livable planet for ourselves and future generations.

In a foreword to the report, Ian Dunlop, the former Chair, Australian Coal Association & CEO, Australian Institute of Company Directors, says that:

For the last two decades global leaders have been guilty of willful denial regarding human-induced climate change, none more so than in Australia. Despite much rhetoric and endless negotiations, human carbon emissions continue in line with a worst-case scenario...

Unfortunately the years of procrastination have cut off options to solve the climate challenge with a graduated response – emergency action is now inevitable if potentially catastrophic and irreversible impacts are to be avoided.

Such views are dismissed as extremist by political and corporate incumbencies, and by most activist NGOs and investors. However, there has never been an honest official acknowledgment of the real climate challenge; as a result realistic solutions have not been forthcoming.

Download "Recount: It's time to 'Do the math' again"