NIWA studies Gisborne gas seeps
A team of NIWA scientist heads offshore near Gisborne next week [April 23-May 1] to investigate a group of seabed gas flares erupting from near a glacier of frozen methane discovered last year. 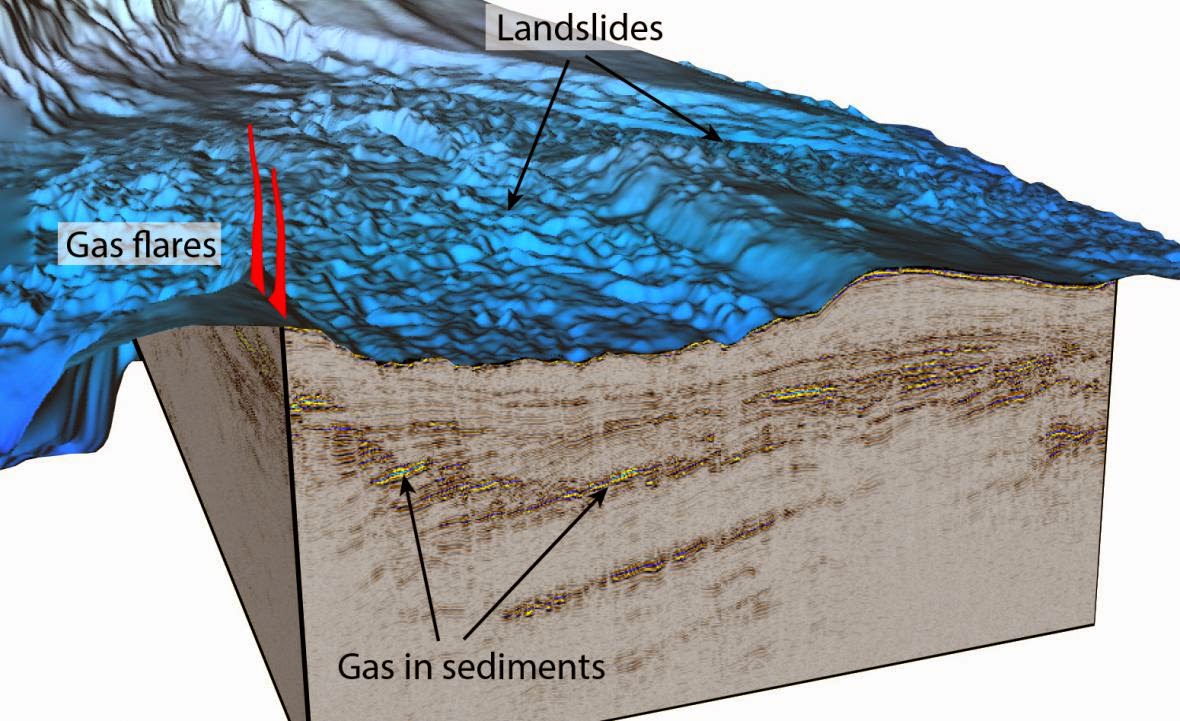 Expedition leader for the seven-day voyage aboard NIWA’s flagship deepwater research vessel Tangaroa is marine geologist Joshu Mountjoy. "The question we want to answer is about climate science: is methane getting through the water column to the ocean’s surface and into the atmosphere?"

Through continuous methane collection at the surface, the answer could contribute to understanding whether methane ‘leaks’ from beneath the ocean floor contribute to global warming and climate change. Hydroacoustics will measure the volume of methane emanating from the sediments on the sea floor and gas samples will be taken from in the ocean, at the ocean surface and in the atmosphere.

The team of scientists includes marine ecologist Dr Ashley Rowden, and instrument engineer Steve George, who will deploy the deep towed imaging system (DTIS) that will take pictures and video of the animals that occur at the seafloor habitats as well as the gas bubbles themselves. The team hopes to discover whether methane-dependent seep fauna are different from those found previously at seeps in deeper water.

The vast network of 99 gas seeps was discovered during a research voyage on the Tangaroa last year. Some of the seeps are venting from the seabed in flares up to 250m high. The discovery of this high concentration of gas flares in shallow water depths -100m-300m - on an active tectonic subduction zone is unique. Gas seeps are usually much deeper, at 600m-1000m below the surface.

Dr Mountjoy says the team identified methane gas in the sediment and in the ocean, and vast areas of methane hydrates - ice-like frozen methane - below the seafloor.

Some of the project’s earlier research is presented in an award-winning video flythrough.


The voyage isn’t only about the science: also on board will be a visiting French fourth-year arts student, Pauline Martinez Le Ninan, who is exploring the spirit of science, including ocean geology, to integrate into her artistic work
Posted by seemorerocks at 18:47