Guy McPherson: “We are in the stage of acceleration” 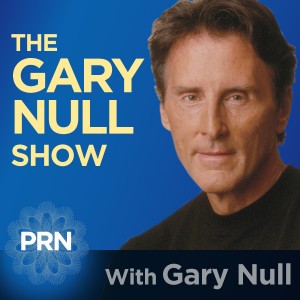 I have extracted Gary Null’s interview with Guy McPherson from his hour-long show yesterday.


Guy makes clear what almost NOBODY is talking about and that is that things are not progressing according to the arithmetical models of most of official science but we are in the midst of EXPONENTIAL change.

This is no longer possible even amongst the most conservative of scientists and despite the attempt to overlook the important and to look at things on purely LOCAL basis according to obsolete criteria the reality is dawning even Down-Under that this is serious.

The volume of ice in the Arctic is less than it has been at any time during the history of mankind.

This from environmental journalist, Eric Holthaus 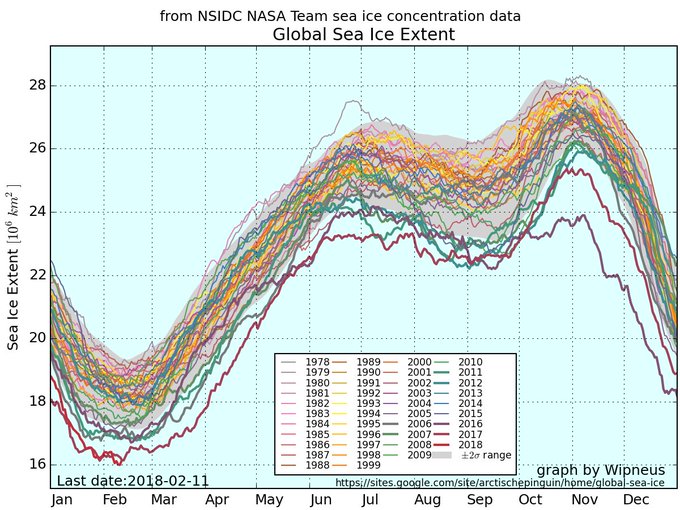 There's likely never been this little sea ice on the planet since human civilization began.

Usually we cannot SEE what is happening to Arctic ice so this following video is pregnant with meaning.

Recently the oil tanker, the Eduard Toll, transited the Northern Sea Route in the middle of winter without having an icebreaker:

"As reported by Climate Home News, the Eduard Toll left its port in South Korea in December for another port in northern Russia, before completing its journey to Montoir, France. Although it cut through plenty of rather thick ice on its route, it didn’t need any assistance from an icebreaker vessel. Its route was filmed via the crew, which you can watch below, in a rather stunning time-lapse video."


Think for a moment what this means.

Usually this will bring up discussions of how shipping in the Arctic is now available practically year-round the true significance goes way beyond that .

Although we have ‘dodged the bullet’ for a couple of years is quite likely that we will see a ‘blue sea event’, maybe for only a few weeks.

The melting of the Arctic ice will being about changes that go way beyond the disastrous weather events we are seeing (and are clear to anyone looking down here in the South Pacific) but will lead to immediate increases in global temperatures which will make the large-scale growing of grain crops impossible.

Mass crop failures the following spring and summer would be most likely.

What Guy says, and everyone fails to see, is that we are human ANIMALS and we require other species and the stable conditions that allowed the development of agriculture.

Without those conditions humans will go the same way of any other animals that lose their habitat.

I doubt that assumptions of coming up with some techno-fix (as suggested recently by Paul Beckwith) are, in the face of this, unlikely to be of much help.

As my friend, Kevin Hester says, Brace for impact! 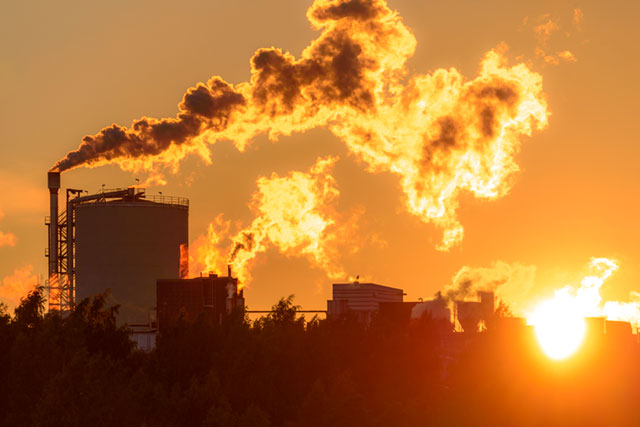 A study recently published in the journal Nature brings grim news: anthropogenic climate disruption (ACD) has officially ended the era of stable climate that has made possible the development of modern civilisation.

The world we live in today, based on industrial-scale agriculture capable of feeding billions of people and sustaining these vast numbers of humans, is only possible within a stable climate paradigm.
The recent study, "Reconciling divergent trends and millennial variations in Holocene temperatures," underscores this by showing that temperatures across North America and Europe have reached levels that are unprecedented over the last 11,000 years. This research confirms the findings of a groundbreaking Oregon State/Harvard study from 2013.

And some extracts .......
The recent study confirmed that the average global temperature of the last decade, from 2007 to 2016, was higher than that of even the warmest centuries over the last 11,000 years by more than 0.5°F.....
The product of 13 federal agencies, the National Climate Assessment showed that, via their "higher emissions" scenario, the US will experience a stunning 8°F to 10°F warming above where we are now over the interior of the country by 2100.
The projection is also showed that the Arctic will experience a shocking 18°F of warming sometime between the years 2071 to 2100 and global sea levels could increase by eight feet above current levels by 2100, swamping every major coastal city on Earth.
Meanwhile, a 2009 study from MIT showed that there is a chance things could be even far worse than this: Unchecked ACD could result in more than 7°C planetary warming by 2100.


That is the scientific literature.

I suspect that changes will be quicker and greater than even these dire projections.

As in the past: “faster than previously expected”

P.S. A 7 day forecast for the Arctic. They have had to invent a new color! 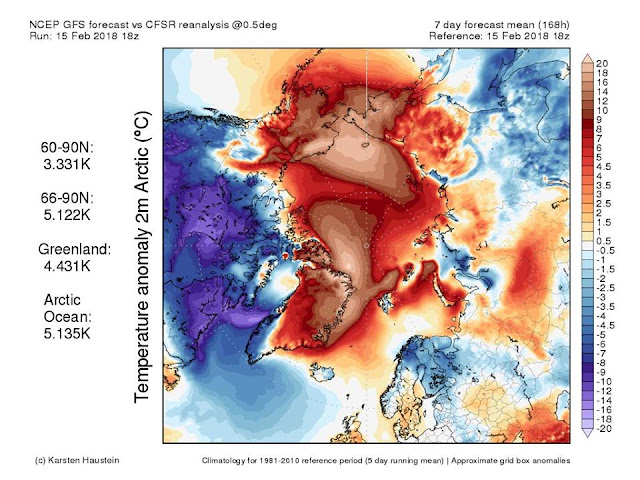