In mid-September, China suspended importing fishery products from Indonesia due to novel coronavirus contamination in the outer packages.

A month earlier, China also reported frozen chicken wings imported from Brazil have traces of the virus as well as frozen prawns from Ecuador.

China has reported around 10 cases of SARS-CoV-2, the COVID-19 virus in the frozen products or its packaging.

Reports from China have highlighted safety issues on imported frozen foods. But most international food safety authorities state that there’s no evidence of COVID-19 transmission through frozen foods.

Even so, food producers and consumers should be vigilant and follow COVID-19 protocol such as wash hand using soap under running water at least 20 seconds before and after touching frozen food. Also, producers should not prepare or package food if they are sick.

The news from China about the possibility of COVID-19 transmission through frozen products has prompted the New Zealand government to track down the virus in frozen goods.

In August, after more than three months having zero new cases, New Zealand found a positive case. The lady, in her 50s, had no record of overseas travel nor local transmission indication.

In the beginning, there was speculation that her husband, who worked at a frozen goods packaging company, contracted the virus from his working environment and transmitted it to her. He experienced COVID-19 symptom two weeks earlier.

But, the government said the possibility is negligible. However, there was no clarity of the virus source.

The World Health Organization (WHO) in April stated that it’s highly unlikely that people can contract COVID-19 from food or food packaging.

The United States Food and Drug Administration (US-FDA), The European Food Safety Authority (EFSA), and the Australian and New Zealand Food Standards also stated that there’s no evidence of COVID-19 transmission from food.

These statements are in-line with new research findings from USA and China using animal experiment to test whether virus SARS-CoV-2 can be transmitted through oral injection.

Their result showed when the virus is entering the gastrointestinal tract, it could not survive due to high acidity in the stomach.

Research from Minnesota university also showed that the cooking process, using heat, kills the virus. Therefore, cooked food should be safe to consume.

How about low temperature such as frozen food with traces of the virus?

The head of microbiology at the China National Centre for Food Safety Risk Assessment, Li Fengqin, in June stated the contamination of COVID-19 through frozen food could potentially be a source of transmission. This statement is underpinned by the latest report, also from China, that the SARS-CoV-2 virus was still alive in frozen food packaging.

Contaminated food or food packaging may give positive result under PCR test. But, if the RNA in the virus is dead, the virus could not replicate further, ruling out chances of further transmission.

We need more data on RNA replication test from contaminated frozen food to determine protocols on food or food packaging. Currently, China is actively conducting research to fulfil the data as part of their awareness to this pandemic.

It is possible with more available data, the current consensus on food safety will change, similar to the shift in advice on wearing masks for healthy people.

The UK is preparing for a mass Covid vaccination campaign, anticipating the injection of millions of citizens with the experimental vaccine. As the date approaches to launch this unprecedented measure, the UK’s top health body, the MHRA, makes a shocking, urgent request which begs the question: ‘Is the Covid Vaccine safe? 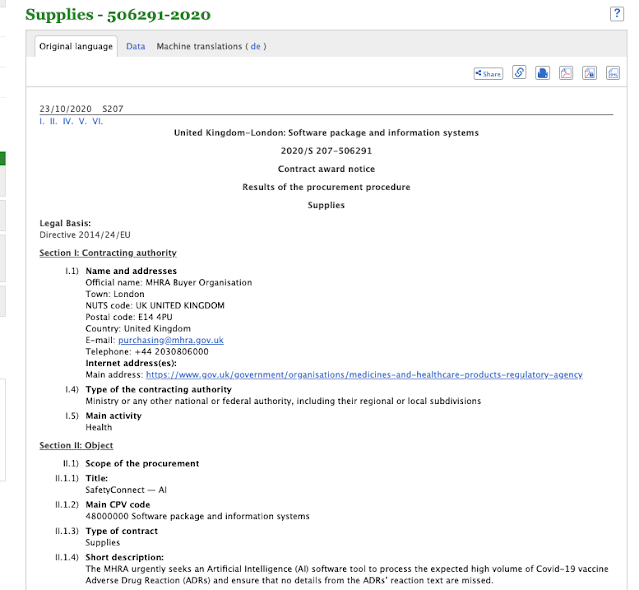 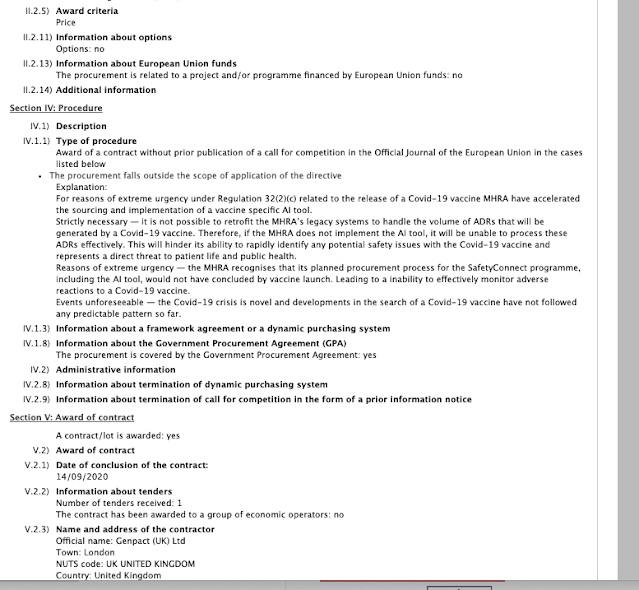 I included as much context as seemed reasonable, so that no one can say this was taken out of context. But at around the 1:15 mark in the video, he literally says this. For the entire context, you can see the entire session this clip was pulled from here: https://www.youtube.com/watch?v=2v3vl... 50 minutes in is when Michael Ryan is suggesting this as the necessary step to ending the lockdowns. 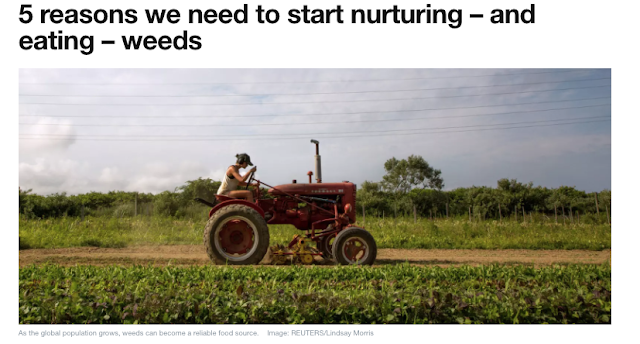 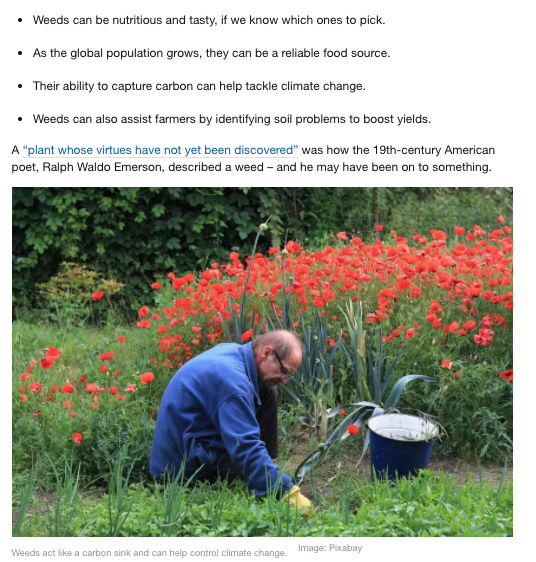 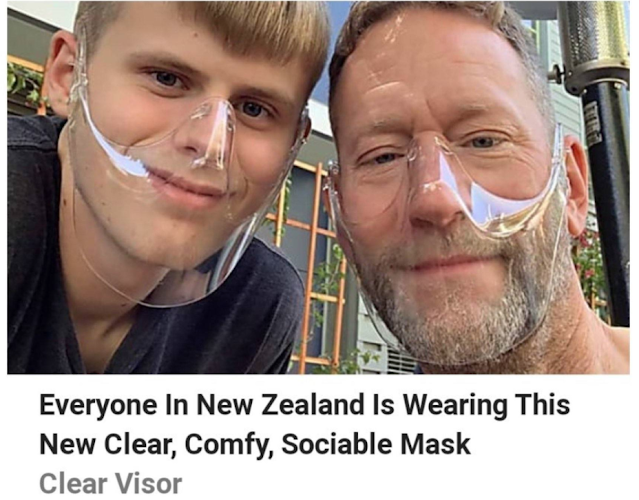 Pubs and restaurants could demand to know if a customer has received a coronavirus jab before allowing them in, the Government’s vaccine minister suggested.

Nadhim Zahawi, who is responsible for the rollout of a vaccine if one is approved by regulators, said it would not be compulsory to receive an injection.

But he suggested businesses might require proof of vaccination before allowing people in.

Asked whether people who get the Covid-19 jab will receive some kind of “immunity passport” to show they have been vaccinated, Mr Zahawi told the BBC: “We are looking at the technology.

“And, of course, a way of people being able to inform their GP that they have been vaccinated.

“But, also, I think you’ll probably find that restaurants and bars and cinemas and other venues, sports venues, will probably also use that system – as they have done with the (test and trace) app.

“I think that in many ways, the pressure will come from both ways, from service providers who’ll say, ‘Look, demonstrate to us that you have been vaccinated’.

“But, also, we will make the technology as easy and accessible as possible.”

Such a regime could result in people without the vaccine facing severe restrictions.

Mr Zahawi said: “I think people have to make a decision.

“But I think you’ll probably find many service providers will want to engage with this in the way they did with the app.”

Health Secretary Matt Hancock told a Downing Street press conference: “For a long time now we’ve been looking at the questions that minister Zahawi was talking about and the question of what’s the impact on the individual in terms of what they can do.”

But he added: “Firstly, we do not plan to mandate the vaccine.

“We think that by encouraging the uptake of the vaccine, we will get a very high proportion of people in this country to take up the vaccine, because of course it protects you but it also helps to protect your loved ones and your community.”.... 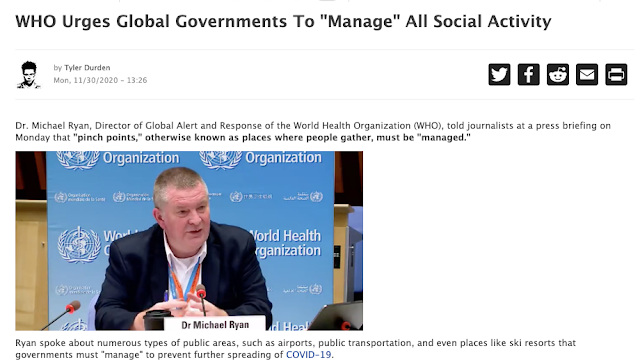 Dr. Michael Ryan, Director of Global Alert and Response of the World Health Organization (WHO), told journalists at a press briefing on Monday that "pinch points," otherwise known as places where people gather, must be "managed."

Ryan spoke about numerous types of public areas, such as airports, public transportation, and even places like ski resorts that governments must "manage" to prevent further spreading of COVID-19.

He called on governments around the world to investigate "all forms of gatherings that lead to people congregating are moving en masse and how they are going to de-risk those processes."

https://www.zerohedge.com/medical/whos-dr-ryan-calls-governments-manage-crowds
Posted by seemorerocks at 13:39