Go back 6 months....  It's all totally bi-partisan and universal.

Jacinda Ardern is under probe for alleged links with CCP. That makes Kiwi politics completely Sinophilic 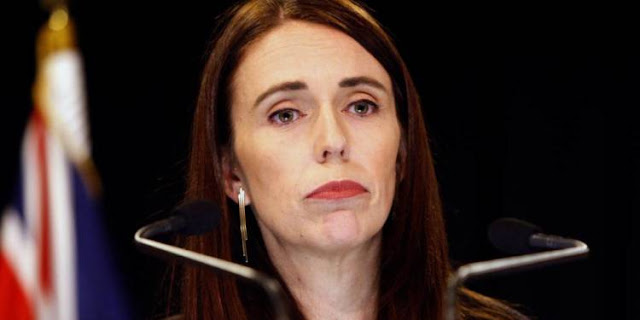 New Zealand Prime Minister and Labour Party leader Jacinda Ardern has come under investigation for the financial donations she received in the run-up to her election campaign in 2017, with the links possibly connecting it to the Chinese Communist Party (CCP). New Zealand’s Serious Fraud Office (SFO) on Monday announced that it had started an investigation into donations made to Prime Minister Jacinda Ardern’s Labour Party in 2017.

Although SFO has not released any minute details of the investigation but the Labour Party in an attempt to douse the fires of negative PR, which Ardern is extremely particular of, came out and disclosed that it had indeed received donations through an auction held by a Chinese expatriate who has been accused of having ties with the CCP.

The party said that the donations received by Zhang Yikun in 2017 and 2018 fell below the NZ$15,000 (US$9,800) legal threshold for declaring donations, and therefore did not appear in the party’s 2017 electoral filing.

Zhang Yikun, the Chinese philanthropist in the middle of the controversy moved to New Zealand in 2000 and speaks little to no English and uses an interpreter to engage with other speakers. Before moving to New Zealand, Zhang lived in Guandong Province, China, and served in the military.

Serving in the PLA ostensibly means that Zhang has deep-entrenched connections to CCP and possibly United Front. Zhang has founded the Chao Shan General Association of New Zealand to support Chinese migrants.

The political scholars and research think-tanks of New Zealand have warned caution that the donations are China’s covert attempt to purchase influence in the fragile political system of New Zealand, especially when the country is a part of the global Five Eyes intelligence group.

Allegations of foreign interference in New Zealand have highlighted concerns about its role in the Five Eyes intelligence-sharing alliance, whose other members are the US, Britain, Canada, and Australia. The small size of New Zealand and its growing closeness to China could pose a risk to the alliance.

Zhang is already embroiled in a controversy where he had donated over a million dollars to New Zealand’s main opposition party, the National Party.

The probability is extremely high that Zhang could be part of Xi Jinping’s ‘magic weapon’ i.e. the United Front. A philanthropist coughing up large amounts of money to both opposition and the party in power does not make any sense—unless CCP is pulling strings to make inroads into the political landscape of the country.

Reported earlier by TFI that how China had become the single biggest foreign owner of water in Australia, it looks like the trans-Tasmanian neighbour New Zealand is also silently treading on the same path.

According to a Wall Street Journal report titled, ‘China’s Growing Thirst for Water Stirs Backlash Overseas’–New Zealand has become an attractive destination for Chinese companies that want to use the country’s environmentally pristine image to sell bottled water.

The New Zealand Maori Council in February earlier this year had told the Jacinda Ardern government to put a stop to foreign water bottling companies taking New Zealand water and shipping it offshore.

Just like Australian MP Shaoquett Moselmane and his house and office were raided for having ties to CCP, New Zealand’s politics is also seeing an eerie similarity where the political machinery has become inebriated with Chinese influence.

While Zhang was in the middle of controversy for his donations to the opposition party, earlier this year, Southland Mayor Gary Tong was in China as a guest of Zhang.

Zhang was made an informal business advisor to Southland earlier in 2018 and it inadvertently explains Zhang’s growing clout in the local government of New Zealand.

TFI has reported time and again that one of the slyest Chinese tactics to win influence in a foreign country is to buy off the big journalistic institutions, the political legislators, opening propagandist Confucius schools and CCP is well on its way to doing that in New Zealand.

With China proliferating in the political ranks of both countries, the Indo-Pacific region faces an imminent threat and therefore it’s high time that Jacinda Ardern sheds her garb of good Samaritan and pulls her socks to address the allegations and control the increasing influence of CCP. 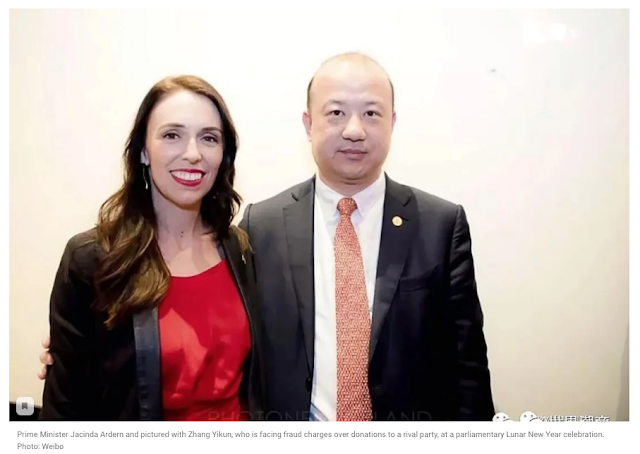