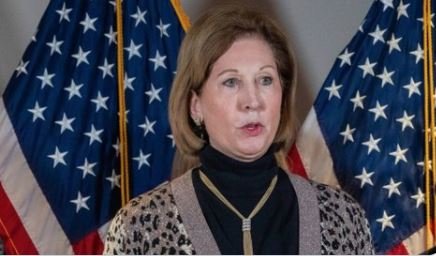 General Flynn also joined Sidney Powell on Friday and deploying the military was reportedly raised in the meeting but nixed.

According to the New York Times, Sidney Powell was at the Oval Office and Trump’s personal lawyer Rudy Giuliani joined the conversation by phone where her potential position as special counsel was discussed.

TRENDING: President Trump Releases Video - 'FIGHT FOR TRUMP - SAVE AMERICA - SAVE THE WORLD'

Most of his advisers opposed the idea, two of the people briefed on the discussion said, including Rudolph W. Giuliani, the president’s personal lawyer, who in recent days sought to have the Department of Homeland Security join the campaign’s efforts to overturn Mr. Trump’s loss in the election.

Mr. Giuliani joined the discussion by phone, while Ms. Powell was at the White House for a meeting that became raucous at times, according to one of the people briefed on what took place. Other administration officials drifted in and out of the meeting, two of the people briefed said, and the White House counsel, Pat A. Cipollone, pushed back on the ideas being proposed.

Ms. Powell accused other Trump advisers of being quitters, according to the people briefed.

It was unclear if Mr. Trump will move ahead with such a plan.

Sidney Powell, a former federal prosecutor, has filed many lawsuits in several battleground states where the corrupt Democrat machine used illegal ballots to steal the election for Joe Biden.

Powell has fiercely gone after Dominion Voting Systems and revealed that they are actually designed to switch votes.

Powell and Giuliani have both alleged that the Dominion machines were flipping ballots from Trump to Biden — something that was proven in court earlier this week!

New York Times reporter Maggie Haberman added to her story in a tweet thread on Saturday and said General Flynn was also in the Oval Office with Sidney Powell.

Giuliani pushed the DHS to seize control of the voting machines to examine them for fraud, but apparently the DHS does not have the authority.

Wall Street Journal reporter Rebecca Ballhaus said deploying the military was raised in the meeting but was nixed.