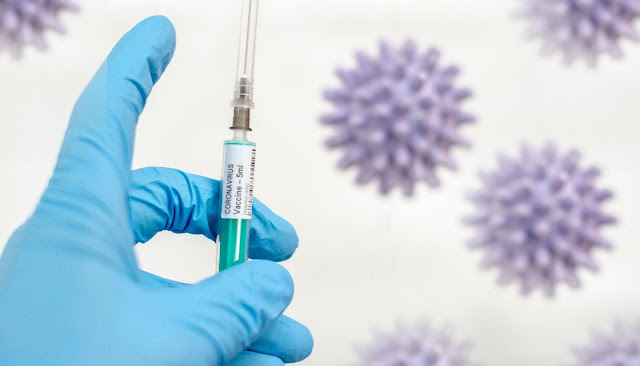 Herd immunity against the novel coronavirus could require vaccination rates approaching as high as 90 percent, Dr. Anthony Fauci, the most prominent US infectious disease expert, said in an interview published on Thursday.

More than 1 million Americans have received a first dose of a vaccine since December 14, according to the US Centers for Disease Control, or only about 0.3 percent of the population.

Fauci, who is advising both President Donald Trump and President-elect Joe Biden on the pandemic, acknowledged that he had incrementally increased his estimates from earlier in the year, when he tended to say only 60 percent to 70 percent would need to be inoculated for herd immunity to be reached.

"We need to have some humility here," Fauci told the New York Times, "we really don't know what the real number is. I think the real range is somewhere between 70 to 90 percent. But, I'm not going to say 90 percent."

His comments came as the country marks grim new daily milestones while contending with the world's deadliest outbreak: it reported more than 3,000 deaths for the second consecutive day on Wednesday. The US death toll reached 326,333 by midnight on Wednesday, according to Reuters data.

That same day, more Americans flew than on any other day since the pandemic emerged in March, with 1,191,123 passengers passing through airport checkpoints, according to data from the US Transportation Security Administration.

The data suggested many were disregarding public health experts' advice to avoid traveling to celebrate Christmas Day on Friday. Fauci and other experts say social distancing will be required deep into 2021 as vaccines are slowly rolled out.

The number of travelers was down from 2019, when 1,937,235 flew on December 23 Wednesday's traffic exceeded the previous pandemic-era high set on November 29, the Sunday after the Thanksgiving holiday, when 1,176,091 people passed through TSA checkpoints, preceding new surges in coronavirus cases in many states.

Health care workers, elderly nursing home residents, elected officials and firefighters are among those receiving the vaccines first. Most Americans have been told it could be six months or more before they are eligible for the shots.

Fauci, who was appointed director of the National Institute of Allergy and Infectious Diseases in 1984, said in the interview that he had become more willing to reveal his beliefs as polls show Americans were becoming somewhat less skeptical about the new vaccines. The more infectious a disease is, the higher the rate of vaccination is required to reach a threshold of herd immunity, in which its spread is contained.

"When polls said only about half of all Americans would take a vaccine, I was saying herd immunity would take 70 to 75 percent," Fauci, who turned 80 on Thursday, told the Times.

Some balance from Zero Hedge

Did Fauci Just Admit He Lied About Herd Immunity To Trick Americans Into Vaccine?

Dr. Anthony Fauci, the Democrat-approved 'science' in 'trust the science,' appears to have just admitted to lying about COVID-19 herd immunity in order to goad more people into taking the vaccine, according to a new report in the New York Times.

At issue is the percentage of the population which must require resistance to the coronavirus - through infection or vaccination - in order for the disease to disappear.

Early into the pandemic, Fauci repeatedly claimed '60-70%' herd immunity was required to achieve herd immunity. Beginning around a month ago, however, Fauci's estimate drifted higher - to "70, 75 percent," and more recently telling CNBC "75, 80, 85 percent" and "75 to 80-plus percent."

When asked about it, Fauci essentially said he lied for political purposes due to vaccine skeptics.

In a telephone interview the next day, Dr. Fauci acknowledged that he had slowly but deliberately been moving the goal posts. He is doing so, he said, partly based on new science, and partly on his gut feeling that the country is finally ready to hear what he really thinks.

Hard as it may be to hear, he said, he believes that it may take close to 90 percent immunity to bring the virus to a halt — almost as much as is needed to stop a measles outbreak.

Asked about Dr. Fauci’s conclusions, prominent epidemiologists said that he might be proven right. The early range of 60 to 70 percent was almost undoubtedly too low, they said, and the virus is becoming more transmissible, so it will take greater herd immunity to stop it.

Dr. Fauci said that weeks ago, he had hesitated to publicly raise his estimate because many Americans seemed hesitant about vaccines, which they would need to accept almost universally in order for the country to achieve herd immunity.

And with polls now suggesting more Americans are willing to take the vaccines, Fauci (who said in November COVID-19 'won't be a pandemic for much longer') says he's ready to come clean.

"When polls said only about half of all Americans would take a vaccine, I was saying herd immunity would take 70 to 75 percent," he said, adding "Then, when newer surveys said 60 percent or more would take it, I thought, ‘I can nudge this up a bit,’ so I went to 80, 85."

"We need to have some humility here," Fauci then said. "We really don’t know what the real number is. I think the real range is somewhere between 70 to 90 percent. But, I’m not going to say 90 percent," because doing so might discourage Americans.

The Times' Ross Douthat called Fauci out for shifting the goalposts.

Will Democrats give Fauci equal treatment to Trump, who was viciously attacked by the left for downplaying the virus during its early days in order to prevent a panic?

SOME of the mask studies on efficacy:

Andrew Wakefield accurately describes what I understand about herd immunity. Far from providing herd immunity vaccination actually destroys it and weakens the community.