Information and DISINFORMATION from Hal Turner

Hal Turner can put out bullshit like the following that one could drive a truck through. There is NOT ONE SKERRICK of evidence that any of this is true.

If you have evidence of something that no one is reporting there is even more requirement to provide proof, or at least provide the story of how you came to possess such information.

US governors are MEMBERS of the CCP????! They could be compromised but that too requires proof. 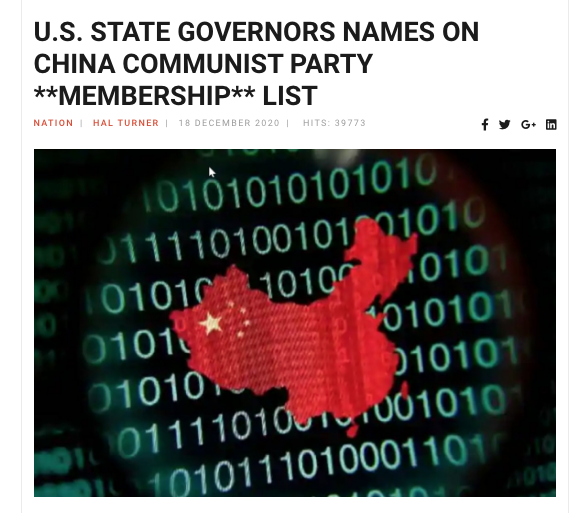 Yet, for all that I cannot disagree with the following.

If the USA and Russia Go To

War, the ONLY Winner will be

China - We're being set up 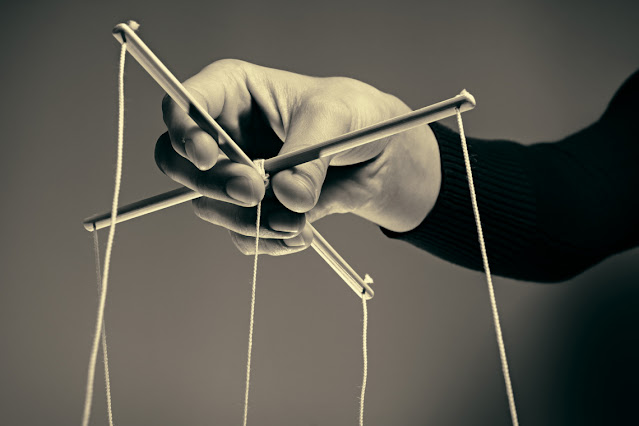 A gigantic computer hacking took place over the past few months, and it is being described as the worst attack against American government and corporate interests  EVER.   Government officials in the USA are already calling it a "Digital Pearl Harbor" and are now openly calling it an "act of war" blaming Russia for the attack.

We are falling into a carefully laid trap and if war breaks between the US and Russia over this incident, the ONLY winner be: CHINA.

China is in desperate need of very much more land area to serve its 1.6 BILLION population, and the food-growing needs of that population.  Three land areas on this planet would meet China's needs:

Of those three land areas, two would require an enormous military supply chain to conquer: North America and Australia.

At present, China does not have the military capabilities to create and maintain such a military supply chain.  Thus, China would absolutely LOSE any war effort to conquer and keep either North America or Australia.

The gigantic land area of Russia, however, would not require as big a military supply chain to conquer and keep.   Russia is on the same continent as China and the Chinese could move into Russia easier logistically.

So what is China to do with its ever growing need for land?

Get Russia and the United States to fight each other; and destroy each other, then move right in and TAKE both land masses!

The "Digital Pearl Harbor" being blamed on Russia is more likely the responsibility of China.

China needs the US and Russia to go to war with each other, and destroy each other; this digital attack would serve that goal well.

OOOOPS, but China does not have the technical expertise to launch the type of attack we've just suffered to our digital systems.  Even Secretary of State Mike Pompeo admits China won't have that type of ability for ten years.  So he is writing-off China as the culprit.

But you know who DOES have the technical expertise?   Israel.

And, as we just saw with the Azerbaijan-Armenia war, where Israel provided weapons, technology, and intel to aggressor Azerbaijan, in direct conflict with the US support of Armenia, it would be in the interests of Israel to have Russia, and the US fight each other AND to have China take both land masses.

That would distract both the US and Russia from Middle East interests, which the Israelis (as the only nuclear power in the region) could exploit to create "Greater Israel."

So the Israelis could very well have supplied China with the technical expertise to perpetrate this digital attack because it suits Israel's long term interests to do so.

Despite the fact that Israel would not - and cannot - exist without billions in American welfare money, they have no problem kicking sand in our face when it suits them; their lobby in Washington soothes the irritation (pays off members of Congress with laundered US foreign aid sent back to Congressional campaigns) and so the US does nothing when Israel misbehaves.

We in the US should NOT fall into this war trap.  We are being played by China and Israel to our own destruction to suit both their needs.

If the US and Russia go to war, the ONLY winner will be China.

And yet, on the other side of the coin Lee Stranahan who is proving to be quite the China apologist put this out.

He actually wrote about half-a-dozen similar tweets which I do not care to track down.

Mocking is the lowest form of wit