The woman in the UK ARRESTED for filming empty hospitals 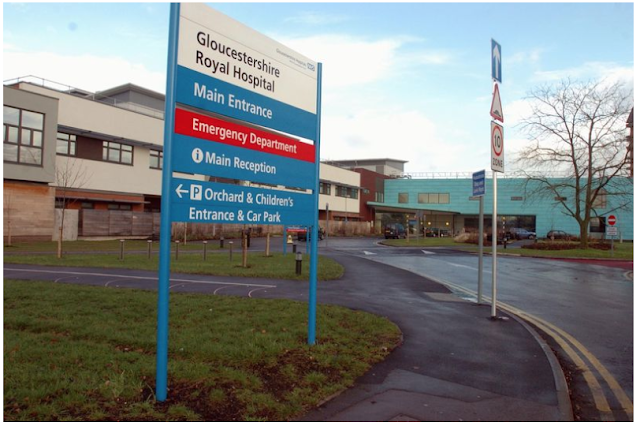 Police have confirmed an arrest has been made in connection with an incident at one of the county's hospitals.

A 46-year-old woman has been arrested after a video was filmed at Gloucestershire Royal Hospital and posted online.

Officers from Gloucestershire Constabulary arrested the woman yesterday on suspicion of a public order offence.

She has been bailed until January on condition she does not to enter any NHS premises unless it is for an emergency or an appointment.

The woman has not been named.

A statement from Gloucestershire Police said: "Following a number of reports in relation to a video filmed by a member of the public at Gloucestershire Royal Hospital and posted online, officers arrested a 46-year-old woman yesterday (Tuesday 29 December) on suspicion of a public order offence.

"The woman has been bailed to return to police on 21 January, with conditions that she cannot enter any NHS premises or the grounds of any such premises, unless in the case of an emergency or to attend a pre-arranged NHS appointment."

This story was amended to reflect the bail is until January, not later this month. 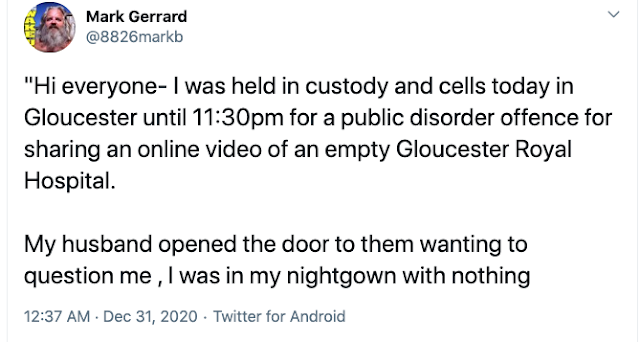 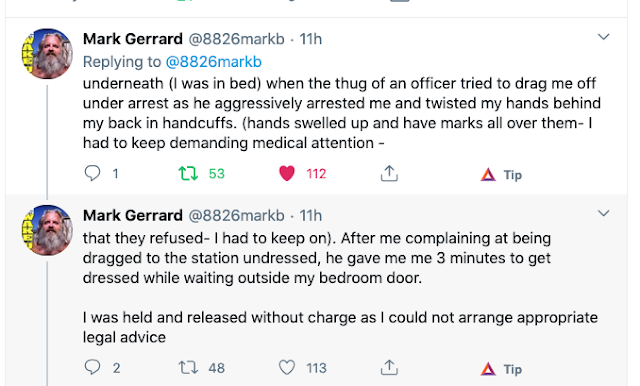 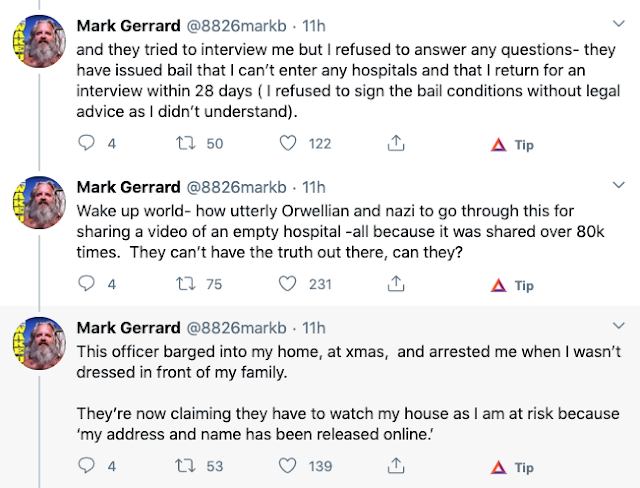 This is what they DON'T want you to see. Let's see if it stays up on You Tube

Posted by seemorerocks at 12:18