Monday morning in the UK - UPDATE 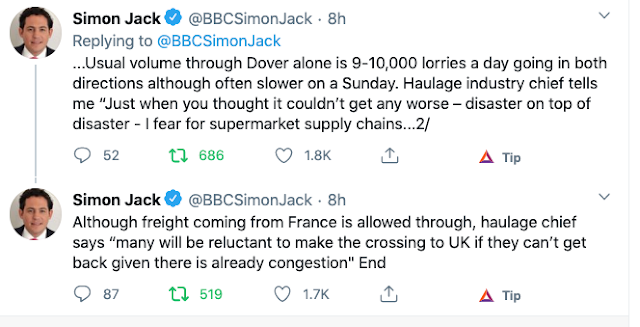 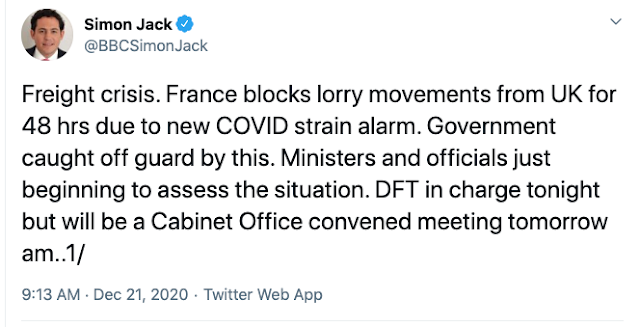 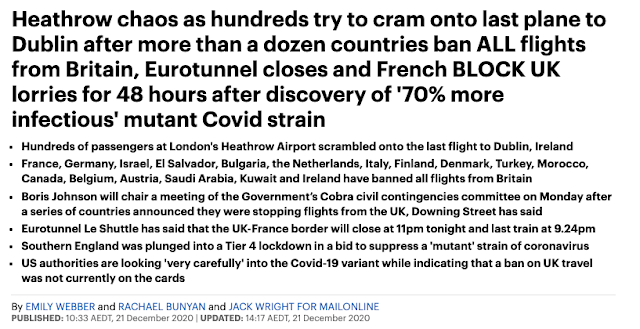 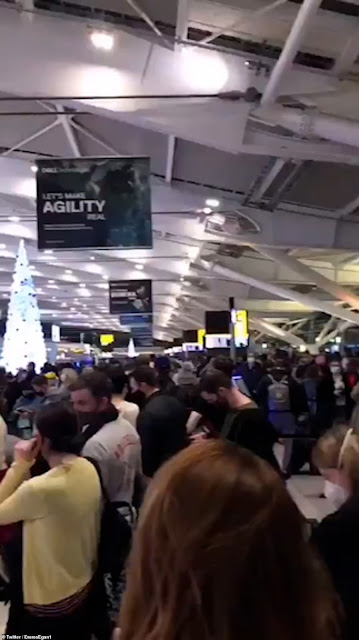 London's Heathrow Airport was pictured descending into chaos last night as hundreds of passengers scrambled onto the last flight to Dublin minutes before a Covid-19 travel ban set in at midnight to nations across Europe including Ireland.

Boris Johnson will chair a meeting of the Government’s Cobra emergency committee today after more than a dozen countries - initially in Europe and then around the world - announced they were stopping flights from the UK, following the discovery of the '70 per cent more infectious' mutant coronavirus strain which plunged London and the south east into Tier Four.

France joined Ireland, Italy, the Netherlands, Belgium, Austria, Bulgaria, Germany, Finland and Denmark in banning  all flights carrying passengers from the UK into Europe for at least a 48 hour period, with some suspending flights into the New Year, while assessing the new strain.

Crowds of people had packed into Heathrow Terminal 5 to await updates of a reportedly overbooked British Airways flight, operated by Aer Lingus, which was scheduled to take off at 8.55pm to Dublin.

Passenger Rachael Scully, 23, tweeted that the Irish Government eventually gave the 'green light' for the flight which was set to leave at 10:30pm and due to land with 15 minutes to spare before the travel ban at midnight.

The flight ban has officially started but these are the ARRIVALS 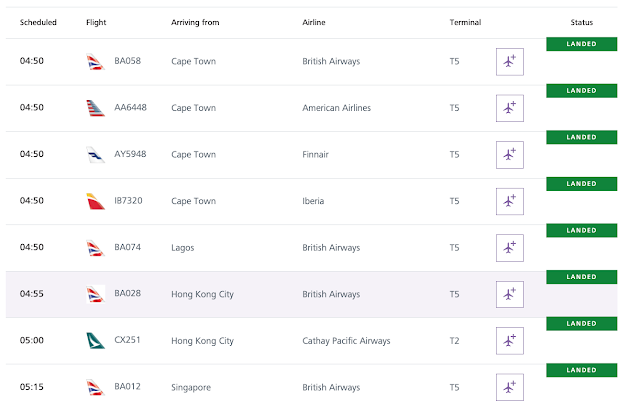 Still a mixed situation with DEPARTURES 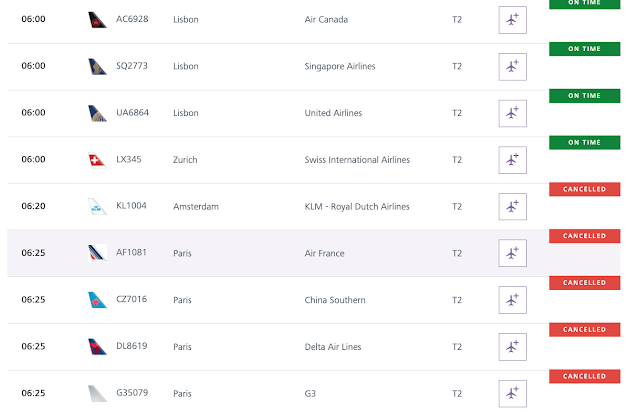 It is hard to escape the conclusion this has a lot to do with BREXIT and little to do with public health. 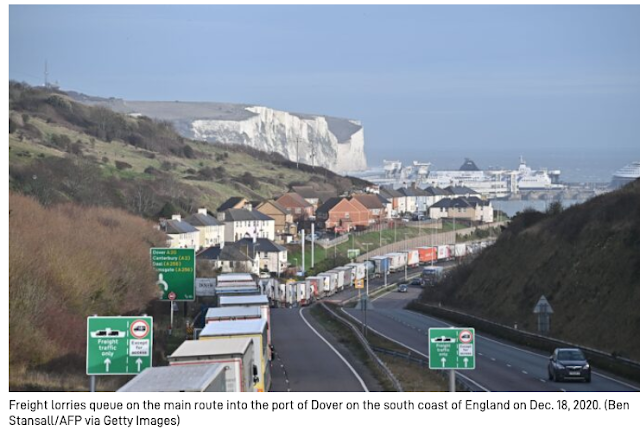 Britain’s fresh food supplies over Christmas are facing serious disruptions after France shut its border with the UK to stem the spread of a new variant of the CCP virus.

The French government has suspended all travel from the UK for 48 hours from 11 p.m. Sunday night (midnight Paris time), including travel linked to goods transport by road, air, sea, or rail.

As a result, the port of Dover has been closed to all vehicle traffic leaving the UK. However, the movement of people or shipments from France to the UK is currently not affected.

In a post on Twitter, the Port of Dover explained that the ferry terminal is now closed to all accompanied traffic leaving the UK until further notice.

The Port of Dover ferry terminal is now closed to all accompanied traffic leaving the UK until further notice. Operation Stack phase 2 has now been implemented.

— Port of Dover Travel (@PoD_travelnews) December 20, 202The Food and Drink Federation (FDF), the UK’s peak representative body for the food and beverage manufacturing sector was also concerned by the closures.

In a thread on Twitter, Ian Wright, the chief executive of FDF said that the suspension of traffic had the potential to cause serious disruption to UK Christmas fresh food supplies  as truckers from continental Europe “will not want to travel here if they have a real fear of getting marooned.”

– and exports of UK food and drink. Continental truckers will not want to travel here if they have a real fear of getting marooned. The Government must very urgently persuade the French government to exempt accompanied freight from its ban.” 🍴🗣️

Britain’s transport secretary Grant Shapps also advised the public, particularly hauliers, not to travel to Dover and other ports in Kent, as the government

“My department is urgently working with Highways England and Kent Council on contingency measures to minimise traffic disruption in the area,” he wrote in a post on Twitter.

Following the French Government’s announcement it will not accept any passengers arriving from the UK for the next 48hrs, we’re asking the public & particularly hauliers not to travel to Kent ports or other routes to France.

We expect significant disruption in the area. 1/2

Prime Minister Boris Johnson said on Dec. 19 that the new variant of the CCP (Chinese Communist Party) virus could be 70 percent more transmissible than the former variant circulating the UK.

To stem its spread, the government reversed plans to ease curbs on family gatherings over the holiday season and announced that London and large swathes of Southeast England would come under “tier four” restrictions, which are broadly equivalent to the national lockdown in England in November.

Apart from France, other EU nations—Germany, Italy, the Netherlands, Belgium, Austria, Ireland, and Bulgaria—have also announced flight bans and other restrictions on travellers from the UK.

Posted by seemorerocks at 18:00