From back in March 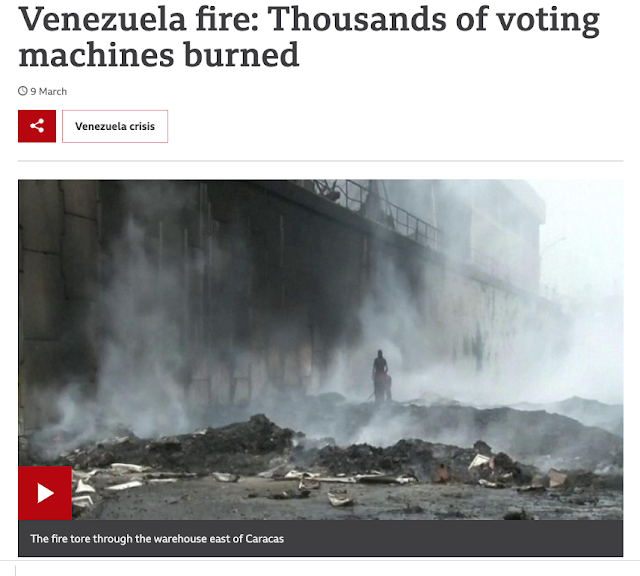 The electoral council in Venezuela says a fire in its main warehouse near the capital, Caracas, has destroyed most of the voting machines held there.

She did not say if parliamentary elections due later this year could be affected by the loss of the machines.

She also asked prosecutors to investigate the cause of the fire.

"Burnt in this fire were 582 computers belonging to the civil registry, 49,408 voting machines, 400 electronic ballots," Ms Lucena said in a news conference on Sunday.