The NZ media snaps to attention

New Zealand will see the new variant of Covid-19 from the UK here within the next few weeks, a top epidemiologist warns.

But, the new Covid-19 variant found in the UK is potentially only a problem for New Zealand if the virus is imported and it starts an outbreak here, Professor Michael Baker said.

Top health officials in the UK say that there was no evidence the new variant was more deadly, or would react differently to vaccines, but it was proving to be up to 70 percent more transmissible, the BBC reports.

London and other parts of southeast England are now in lockdown.

The mutation has also been detected in Netherlands, Denmark and Australia.

"This is probably not that surprising, that a strain like this would emerge because there is this evolutionary pressure on the virus, it's always got lots of variants floating around and if one is more infectious than others, it will create more viruses in the next generation and so on, so that strain becomes more dominant."

Baker said there were positive cases from the UK in last week's cases reported here.

"Basically every time we get an infected person going into a MIQ facility in New Zealand, it increases the risk of outbreaks because mistakes happen and it's a tough virus to control."

He said a simple measure is to add an extra step, an additional period of MIQ stay in the UK and having a negative test result before travelling.

"We will be bringing this virus into New Zealand now, or in the next few weeks because it's becoming the dominant virus there."

Meanwhile in Australia, new Covid-19 restrictions have been implemented in Greater Sydney after an outbreak in the Northern Beaches.

The New Zealand government says it is monitoring the new Covid-19 cluster in Sydney closely but it is too early to say if it will affect a trans-Tasman bubble.

"What they're seeing is very much like what we saw in our Auckland August outbreak ... and this is a scenario that you don't want to see, where cases are appearing in the community with no link to the border. That always tells you that there's going to be other unseen cases out there..."

Baker says New Zealand and Australia are dealing with the virus in a similar manner, working on an strategy of elimination.

"I don't think this episode really changes the potential to have a link and eventually quarantine-free travel with Australia we've just got to be very good at managing these things when they happen."

It will be months before there is enough vaccine coverage in Australia and New Zealand and we are able to limit transmission, he said. 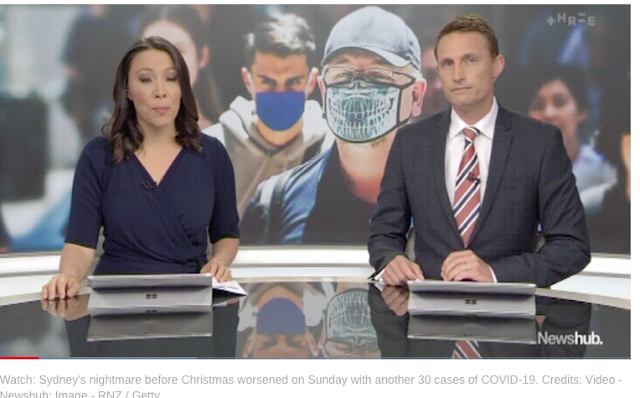 The escalating cluster of coronavirus cases in Sydney's Northern Beaches should serve as a wake-up call for New Zealanders lulled into a false sense of security, says one of the country's leading epidemiologists.

"It's such a wake-up call for us because that could be us tomorrow," University of Otago epidemiologist and Professor of Public Health, Michael Baker, told Magic Talk on Monday morning.

Thirty new people tested positive for the virus on Sunday, expanding the cluster to almost 70 cases. Of the 30 new infections, 28 have been directly linked to the Avalon cluster, named after a small community in the Northern Beaches. The remaining two - also residents of the Northern Beaches - are under investigation, but are believed to be connected to the outbreak.

Meanwhile, on the other side of the globe it appears that SARS-COVID-19 can transport itself instantaneously. 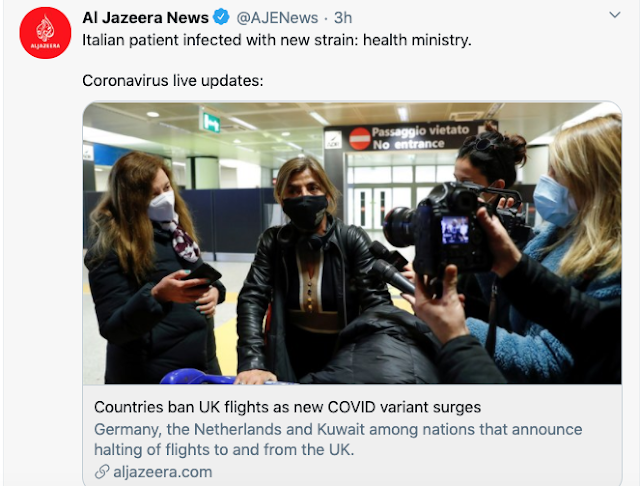 But, meanwhile, as of today flights are arriving and departing at London's Heathrow airport. 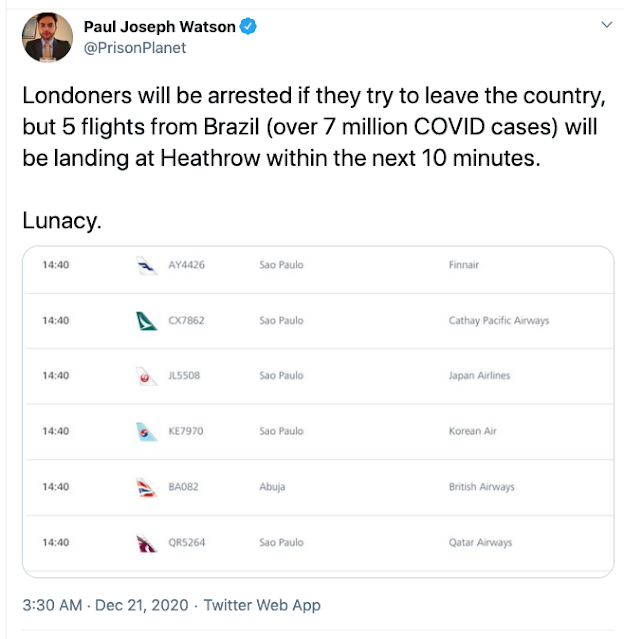