Are food shortages back?

My guess, from the other side of the world that if events such as we are seeing in Georgia continue there will be more of this in coming days and weeks.

When stores empty and supply chains break down COMPLETELY someone will have to listen.

I can think of some people who, despite the realities will put this all down to a single cause - climate change. 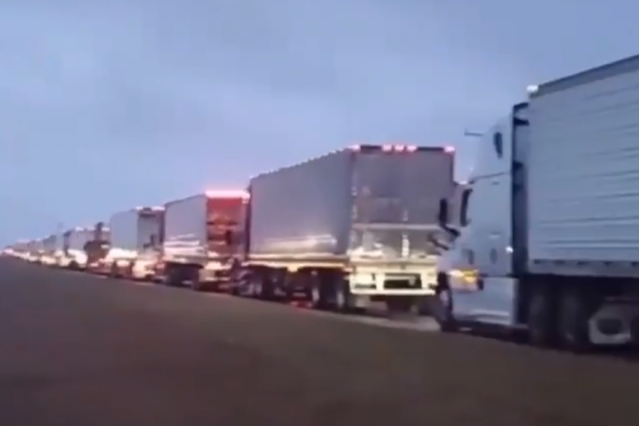 There are as yet UNCONFIRMED reports coming in from several areas around the USA that truckers have BEGUN a STRIKE.

Initial efforts called for a strike to begin TODAY, 19 November 2020.

Yet according to widely published reports, the organizers allegedly gave up and called-off their efforts.

Now, it seems the strike is commencing anyway!

Video below claims  to be of truckers halting in the left lane of an Interstate Highway, today.  Location as yet unconfirmed.

Further reports say specific large US cities are being targetted by the strike: Milwaukee, WI, Detroit, MI, Pittsburgh and Philadelphia, PA and Atlanta, GA because those cities are the epicenter of VOTE FRAUD during the November 3, election.

Truckers on CB radio (Trucker channel 19  i.e. 27.185 MHz AM) are saying "They think they can steal a national election?  We'll starve them to death.  No food for the cities."

Those of you who live in cities had better stock-up on food while your supermarkets still have some.  Once the general public starts hearing about this, and realizes the food supply is being cut off, your cities will become war zones within hours as people panic and try to get whatever they can!

I remember, in New Zealand when we had shortages it was all put down to excessive DEMAND and "selfish" shoppers stocking up.

with Bold-Faced LIES about

On a recent trip to the local ShopRite supermarket in North Bergen, New Jersey, my son and I encountered the following signs below: 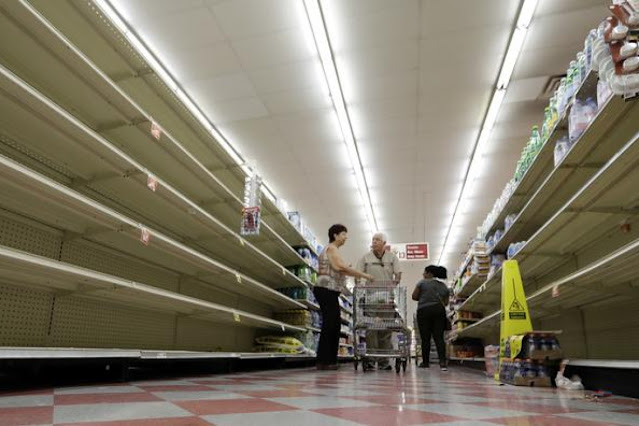 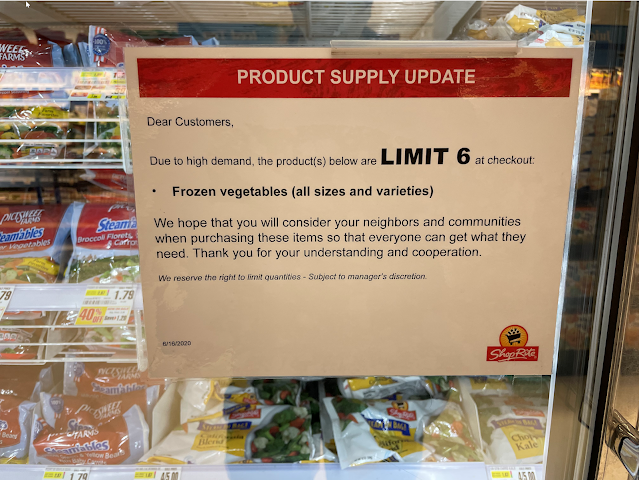 "Technology outages????" What kind of utter nonsense is this?

There's no such thing as a technology outage that lasts long enough to cause a food shortage!

This is a bold-faced lie.

Then, farther down the Frozen Foods aisle at the same ShopRite supermarket, we encountered this sign: 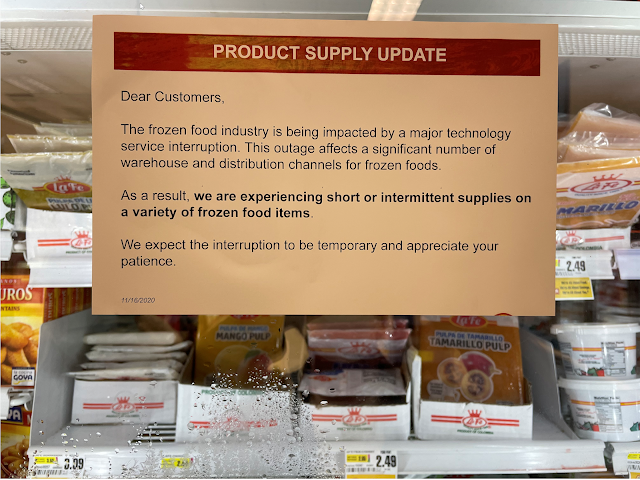 So the shortages are back.

The farmers say they have so much crop, they have to bury it or burn it because it isn't selling.

The food PROCESSORS say they can't get enough trucking to bring the food in . . . . while the TRUCKING industry says there is no demand for trucking . . .

All of which converts to . . . no food at the supermarkets.

Somebody (very big) is playing games with the food supply.

That middle man needs to be identified, personally intercepted, and be dealt with in a way that prevents future interruption of the food supply.

If you know who the bottleneck is - corporate or personal - please reveal that info either via the comments area below (subscribers only) of via email.

On another continent we are seeing the same thing but is it REALLY a statement about pollinators?

Did they replenish them later in the morning? 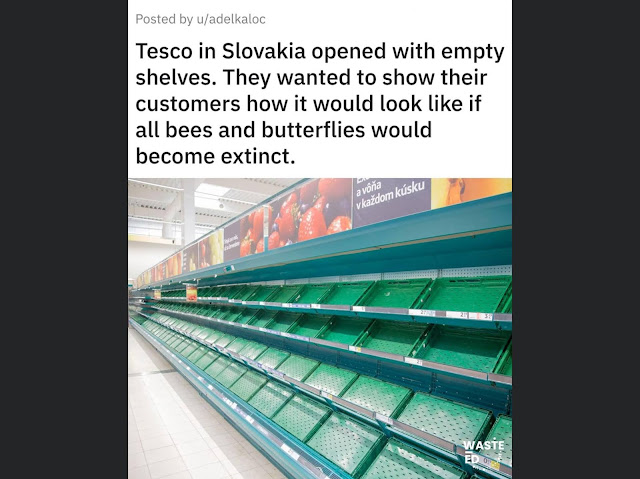 I'm sure Ice Age Farmer was poo-pooed on this or told he is fanning panic.