Presumptive POTUS sprains his ankle playing with his psychic dog 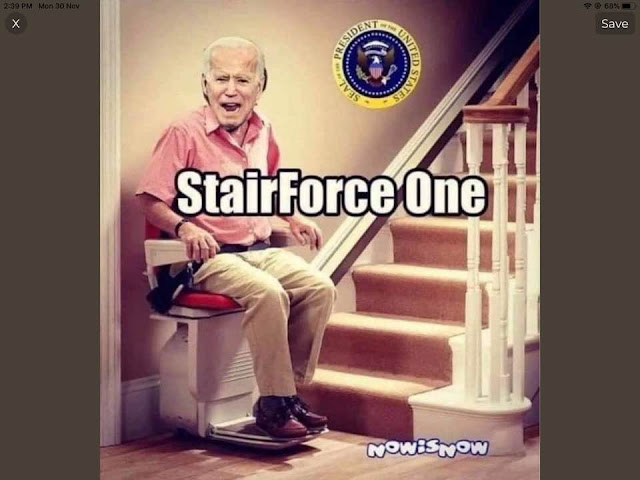 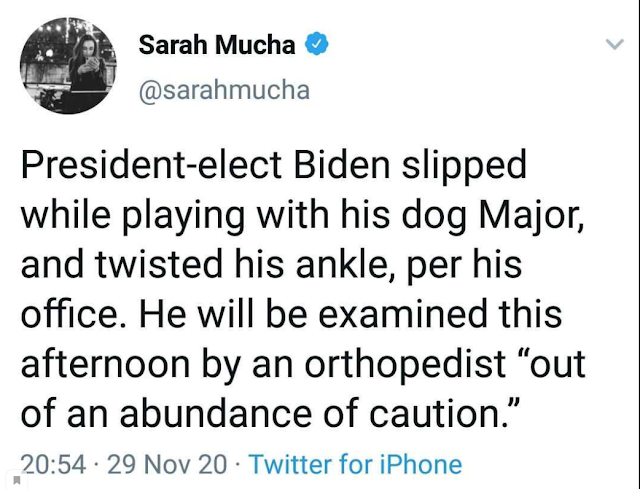 Presumptive President-Elect Joe Biden slipped and twisted his ankle on Saturday while playing with his dog - which, coincidentally, telepathically told a British psychic that the 78-year-old former Vice President would make a "great president."

Per Biden's office, "On Saturday Nov. 28, President-elect Biden slipped while playing with his dog Major, and twisted his ankle.  Out of an abundance of caution, he will be examined this afternoon by an orthopedist." 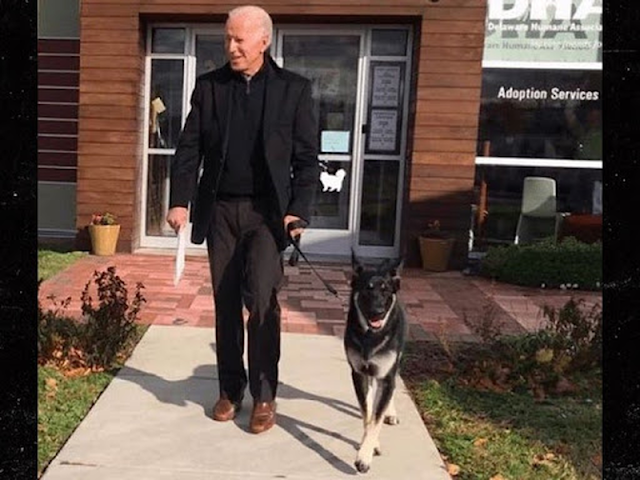 Was this Major's revenge after Biden went a sniff too far? 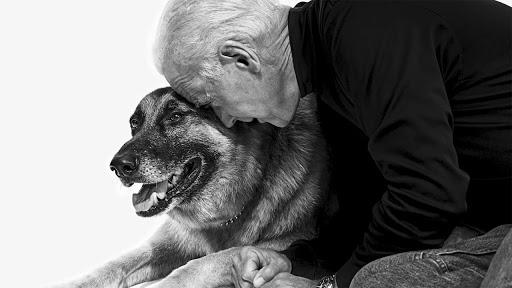 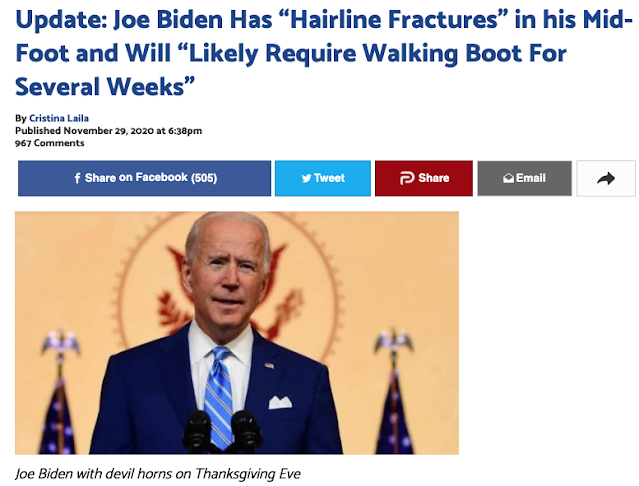 78-year-old Joe Biden supposedly slipped and twisted his ankle while playing with his German shepherd named Major on Saturday.

Biden was examined by an orthopedist on Sunday where he got a CT scan for detailed imaging.

Joe Biden’s team tried to block the media by maneuvering a press van so that reporters and photogs couldn’t see Biden as he entered the building.

One photographer captured feeble Biden as he hobbled out of the orthopedic office.

Biden fractured his mid-foot and will “likely require a walking boot for several weeks.”

Biden fractured his mid-foot and will “likely require a walking boot for several weeks.”

Posted by seemorerocks at 12:17