A late-night update update on events in Georgia 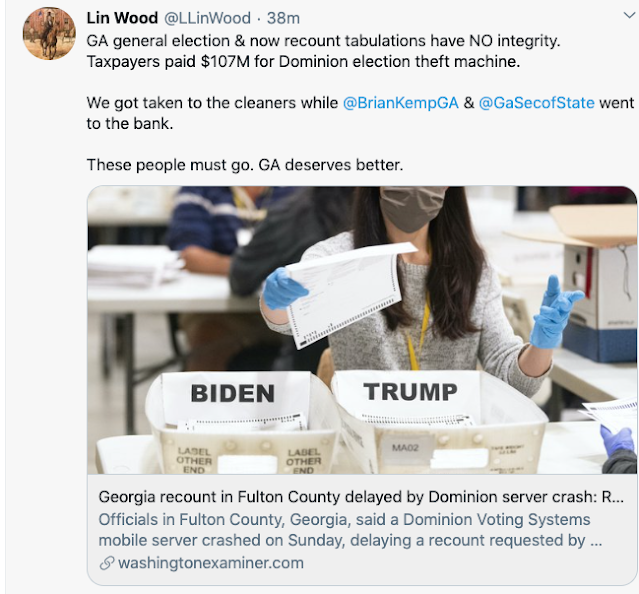 "Technicians from Dominion have been dispatched to resolve the issue," Fulton County officials said in a statement reported by WXIA-TV, a local NBC affiliate. "The Georgia Secretary of State’s office has also been alerted to the issue and is aware of efforts to resolve the problem."

Fulton County officials told the outlet that a newly purchased Dominion mobile server crash was to blame. The Washington Examiner reached out to Dominion for comment.

Dominion, a leading voting machine company whose products are used in several states, has been the focus of voter fraud claims by Trump and his allies. Sidney Powell, an attorney from whom the Trump legal team distanced themselves in recent days, has a federal lawsuit alleging widespread voter fraud in Georgia, and she claims that state officials, including Gov. Brian Kemp, were bribed to be part of a conspiracy with Dominion to tilt the election in President-elect Joe Biden's favor.

Dominion has vociferously denied "false assertions" about it being involved in such a scheme, and Kemp denounced Powell's claims as "absolutely absurd."

Officials in Fulton, Georgia's most populous county that includes Atlanta, indicated that most of the ballot-counting in the recount is complete and that it will resume on Monday morning. The recount must wrap up in counties all across the state by Wednesday.

The news from Fulton County followed a tumultuous day in court. A federal judge ordered all voting machines in Georgia not be wiped until further notice in a lawsuit seeking an inspection of the hardware, but hours later reversed the order, noting that the machines at the center of the request are in the possession of county election officials. The U.S. district judge, Timothy Batten, issued another order late in the evening to say officials are temporarily restrained from allowing the alteration, destruction, or erasure of software or data from Dominion machines in three Georgia counties — Cobb, Gwinnett, and Cherokee.

Georgia already certified the election results on Nov. 20 after an initial recount conducted by hand showed Biden winning the state's 16 Electoral College votes by about 13,000 votes. The Electoral College meets in mid-December.

At 10:10 PM on Sunday night Judge Timothy Batten again issued a temporary restraining order for 10 days against the destruction of evidence. 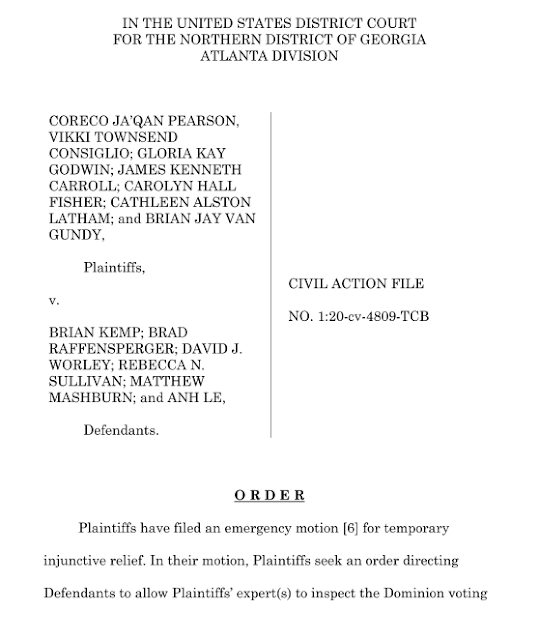 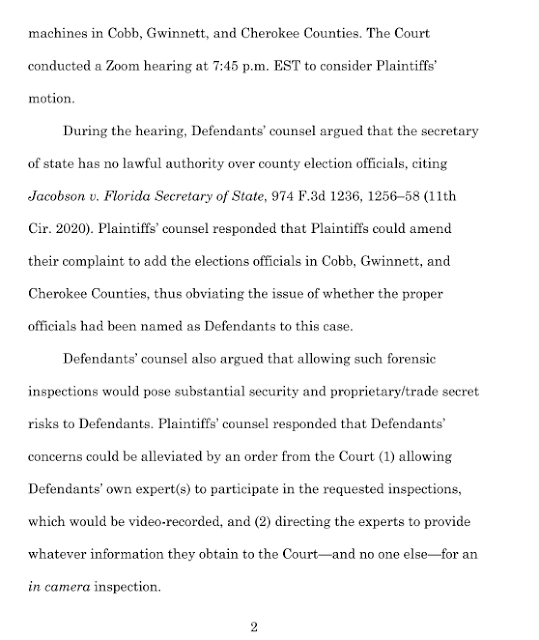