At least 50 giant bulk carriers loaded with Australian coal, worth $500 million, are anchored off several Chinese ports, as the latest diplomatic spat between Canberra and Beijing intensifies.

Bloomberg, citing shipping data from Kpler, said 66 vessels are loaded with Australian coal had been moored off China's coast for more than a month. The ships collectively have 5.7 million tons of coal and about 1,000 seafarers onboard. Vessel sizes range from Capesize to Panamax.

The ban on Australian coal is occurring as both countries are locked in a one-sided trade war, with Beijing slapping tariffs and blacklisting commodities from the country this year.

"Some ships have been waiting for months," said Nick Ristic, a dry bulk analyst with Braemar.

A recent report from the shipbroker said some of the vessels were being diverted from China's coast to other countries, such as India or Vietnam.

For more color on the diplomatic spat that has morphed into a trade war between both countries, China Daily, a China-run state publication and mouthpiece for the Chinese Communist Party, accused Australian politicians and media of "constantly concocting lies about China and stoking Sinophobia."

Australia was "shirking" its responsibility for "worsening bilateral relations" between the two countries and "misleading the public."

"Some ill-intentioned Australians have pinned the blame on the Chinese side by claiming that China's control measures on some Australian exports are "economic coercion" and even accusing China of weaponizing economic ties."

"It is both ridiculous and in vain for those in Australia to dress up their country as a victim. Facts speak louder than words."

"Any objective observer can see that it is Canberra that has single-handedly undermined the political and economic premises for cooperation with Beijing." - China Daily

Meanwhile, in a wake-up call to the US, despite the trade spat, 15 Asia-Pacific countries, including China and Australia, recently signed a huge trade deal. Also, with a Biden presidency, global trade disputes may soften. 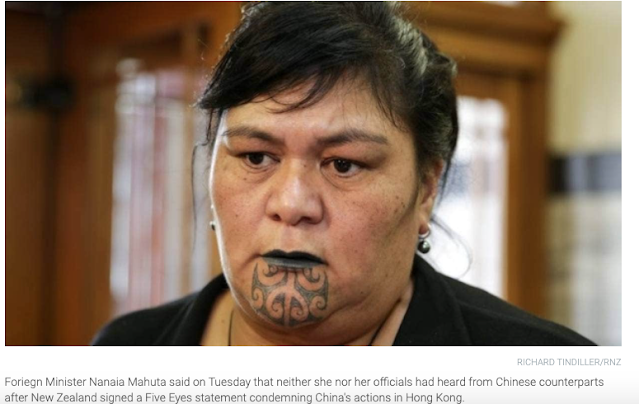 Posted by seemorerocks at 17:43