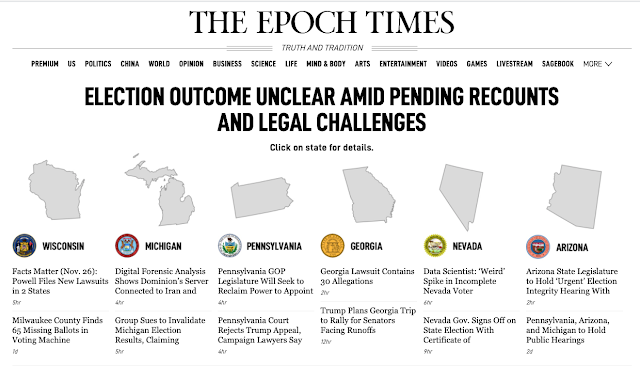 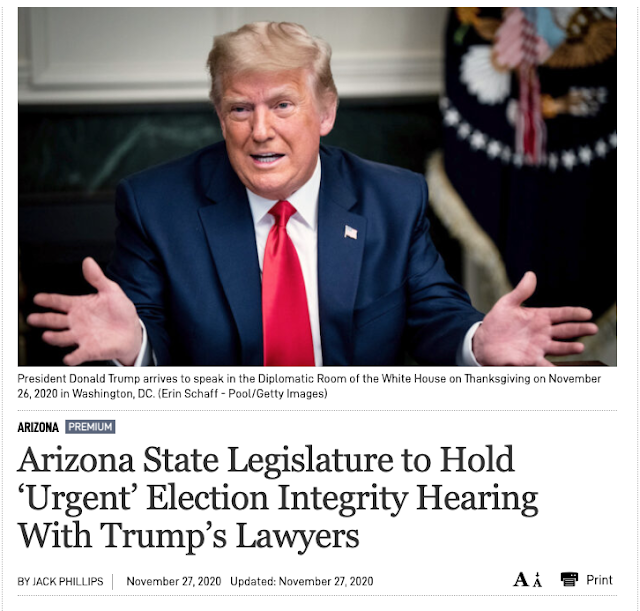 The Arizona State Legislature is scheduled to hold an election integrity hearing on Nov. 30 that will include President Donald Trump’s lawyers Jenna Ellis and Rudy Giuliani.

Giuliani, Ellis, and others held a hearing in front of Pennsylvania State Republican senators on Wednesday, where they argued that the state legislature should take steps to reclaim the ability to appoint electors to the Electoral College. Witnesses who claimed they saw allegedly illegal or irregular vote-tabulation efforts in the Keystone State also offered statements.

According to GOP members of the Arizona State Legislature, the hearing is designed “to gather the evidence that justifies calling a special session to contemplate what happened and take immediate action accordingly.”

“We are pleased that the State Legislatures in Pennsylvania, Arizona, and Michigan will be convening hearings to examine the November 3rd presidential election,” Ellis said in a statement provided by the GOP lawmakers.

A federal appeals court has tossed an attempt by the Trump campaign to revive a lawsuit seeking to undo Pennsylvania's certification of Joe Biden's irregularity-plagued victory in the state.

The Friday decision potentially sets the stage for a US Supreme Court showdown, in which the 6-3 (arguably) conservative majority could overturn the results of the election.

That said, according to Bloomberg - citing 'experts' - it's unlikely that the high court will take up a case if the evidence is lacking, and which won't affect the outcome of the election - given that Biden would still win the White House without Pennsylvania's 20 electoral votes.

"Voters, not lawyers, choose the president," reads the opinion from the appeals court, adding "Ballots, not briefs, decide elections. The ballots here are governed by Pennsylvania election law. No federal law requires poll watchers or specifies where they must live or how close they may stand when votes are counted. Nor does federal law govern whether to count ballots with minor state-law defects or let voters cure those defects."

The Trump campaign sought to have a federal court invalidate Pennsylvania's certification, and then get the state's General Assembly to select Trump electors to the Electoral College - which campaign attorney Marc Scaringi wrrote to the US Court of Appeals for the 3rd Circuit (via CNBC).

"The Pennsylvania General Assembly has the power to appoint the Commonwealth’s presidential electors," wrote Scaringi, adding "A decision by the District Court that President Trump won the legal votes may have significant impact on the General Assembly."