A warning from someone from China 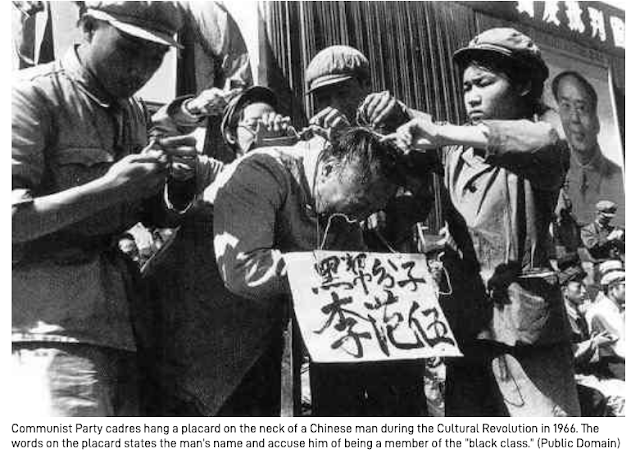 This year’s election had a historically high turnout.

Recently, many Americans haven’t cared so much about elections, thinking there ultimately wasn’t much difference between Republicans and Democrats, or between specific candidates.

However, with the approach of the 2020 election, many people became alarmed. They realized how far our country had strayed from its foundations. If we don’t take ownership now, they thought, it will be beyond repair.

The whole world is watching this election closely. Some Chinese have commented: “We thought China was going to become America. Instead, America is becoming China!”

It is so true. At this point, there are a lot of things we cannot say in America. Political correctness is not a matter of choice; it is a survival skill. If you say one word wrong, you can lose your job. If you don’t follow the mainstream narrative, you will get attacked by the mainstream media. It has reached such an extent that we should ask, do we still have freedom of speech?

This reminds me of China. Fifty years ago in communist China, if you made casual comments about the communists, you would end up in jail or a labor camp.

Someone who was at home and made one comment not in line with the CCP would be punished. A son would report on his father, a daughter on her mother, and a husband and wife on each other. Fear of the Communist Party, and indoctrination by it, had become a second human nature, pushing out natural feelings.

With so many protests and riots being organized in the name of fighting racism, the issue of race is now purposefully used to divide our society. In communist countries such as China and the former Soviet Union, the communists created division based on social class.

Communists always talk about class struggle. They claim that any inequality of wealth is because the wealthy exploit the working class. Communists use the working class to take down the middle and upper classes, until the country’s whole economy is destroyed.

By turning one group against another, they cause chaos in society and open the door for seizing power. Ruling with communism is always the real goal.

Just as the communists have never been for the working classes, here in America, their real concern is not racism or discrimination. By fostering division among the races, they create an opportunity to seize power. Again, communism is the goal.

America has been a beacon of freedom for the world. My friends in China used to hide under their bed covers to listen to Voice of America. Listening to VOA was a crime that could land you in jail. People living under communist regimes used to take great risks to listen to a voice from America.

And America has been the envy of the world. I have traveled to around 20 countries, and everywhere I hear people talking about immigrating to America.

To people in Europe, America means more opportunity. To people in other areas, America is a place to have a better life. Even those who look down on America are jealous of America, and those who fight with America want to come to America. They know America respects individual rights. America has always been the home of freedom lovers.

But America has changed. Today, VOA is no longer a radio station the Chinese think is worth risking their safety to listen to. America has become more and more like the socialist country they are trying to flee.

America is still wealthy, still has some freedom in lifestyle and the economy, and still is an open society compared to many other countries. However, we have long been on a slow, steady track heading for the same communist society that I once knew.

This is why so many came out to vote. This is why they are fighting voter fraud. It is now or never. This train is heading for a cliff. If we don’t stop it now, it will be too late.

Diana Zhang, Ph.D., is a staff writer with 20 years’ experience in the study of China. Based in the United States, she uses a pen name to protect her family members in China.