Can you be trespassed from your own premises?

On today's edition of the Rebel News DAILY Livestream, things got a little hectic as Adam Skelly, owner of Adamsons Barbecue in Etobicoke, vowed once again to open his restaurant at 11 a.m. this morning, continuing to break lockdown restrictions placed on restaurants.

Early in the morning, police showed up and placed locks on the doors of the restaurant. A warning was issued that if Skelly allowed diners indoors, he would be committing obstruction.

A defiant Skelly yet again opened up his business, and this time a heavy police presence showed up — including officers mounted on horseback — arresting Skelly for defying the lockdown restrictions. 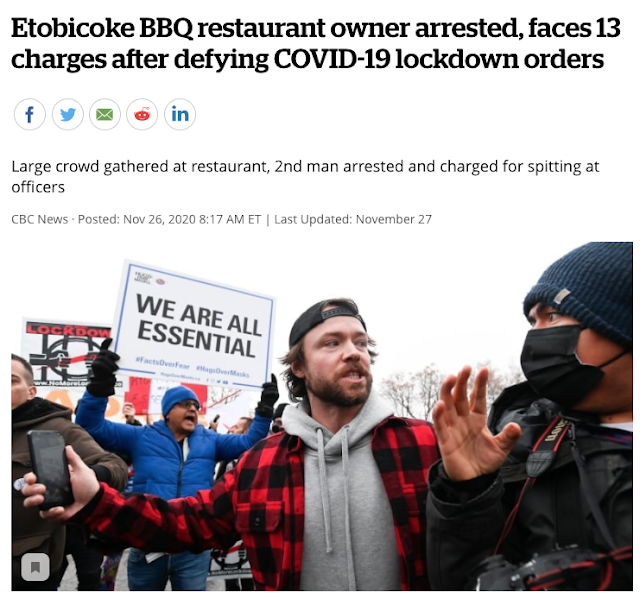 The Etobicoke barbecue restaurant owner who has openly defied COVID-19 restrictions has been taken into custody and charged with 13 offences, Toronto police say.

Adam Skelly is facing both criminal and non-criminal charges, including trespassing, intent to obstruct police, violating indoor dining rules, holding an illegal gathering and operating a business without a licence. Officers handcuffed him outside Adamson Barbecue and put him into a police cruiser around noon Thursday.

A crowd gathered Thursday outside the restaurant in support of him, with supporters swarming officers and shouting at them to let him go.