Iran releases some detaila of attack on Saudi oil tanker


Bloomberg,
15 October, 2019
President Hassan Rouhani vowed Monday that Iran would respond to an attack on one of its oil tankers in the Red Sea, saying the evidence suggested it was the work of a government not a terrorist group.
Addressing reporters in his first news conference since the U.S. abandoned the 2015 nuclear deal last year, Rouhani said officials in Tehran had seen footage of the incident and it was likely that several rockets were aimed at the tanker. He stopped short of assigning blame, but the vessel was sailing near the Saudi port of Jeddah at the time of the attack.
“This wasn’t a terrorist move, nor was it carried out by an individual. It was carried out by a government,” Rouhani said, adding that officials were also assessing rocket fragments.
Iranian Oil Tanker Attacked as Middle East Tensions Remain High
The Gulf has seen a surge in tit-for-tat attacks on oil facilities, drones and shipping traffic since Donald Trump’s administration tightened sanctions on Iran’s oil exports earlier this year. The measures are part of Trump’s “maximum pressure” policy aimed at forcing Iran to curb its ballistic missile program and support for proxy militia around the Middle East, but have been met with defiance by the Iranian government, which has, instead, rolled back its own compliance with the nuclear accord.

Although all sides have said they want to avoid war, repeated incidents pose a growing risk to supplies from the world’s most important oil-producing region.
The attack on the Sabiti tanker came weeks after a drone strike on a major Saudi oil facility which the kingdom blamed on Iran. Iranian officials have said they weren’t involved in the attack, which rattled global oil markets, and was claimed by Iranian-backed Houthi rebels in Yemen.

New pictures have been released of an Iranian oil tanker which was recently damaged in a suspicious attack in waters off the Saudi coast in the Red Sea.
One of the photos, which were released on Monday, shows two gaping holes in the hull of the tanker Sabiti, owned by the National Iranian Tanker Company (NITC).
Other photos show the crew aboard the vessel as well as close-up views of the holes.


The oil tanker was hit by two separate explosions about 60 miles (96 km) from the Saudi port city of Jeddah on Friday. The blasts caused an oil spill that was stopped shortly afterwards.


The Port and Maritime Organization of Iran (PMO) said Saudi authorities had refused to provide help to Sabiti after it came under attacks by two missiles fired from an unknown location.
Government spokesman Ali Rabiei said Iran was investigating the case but "avoiding hastiness."
"An appropriate response will be given to the designers of this cowardly attack, but we will wait until all aspects are clarified," he added.


Secretary of Iran's Supreme National Security Council (SNSC) Ali Shamkhani said the country will not leave "piracy and banditry" in international waters unanswered.
The Iranian tanker is currently heading back to the Persian Gulf with Larak Island as its destination, unconfirmed reports say.
The incident is the latest involving oil tankers in the Red Sea and Persian Gulf region, a vital waterway linking oil-producing countries to world markets. 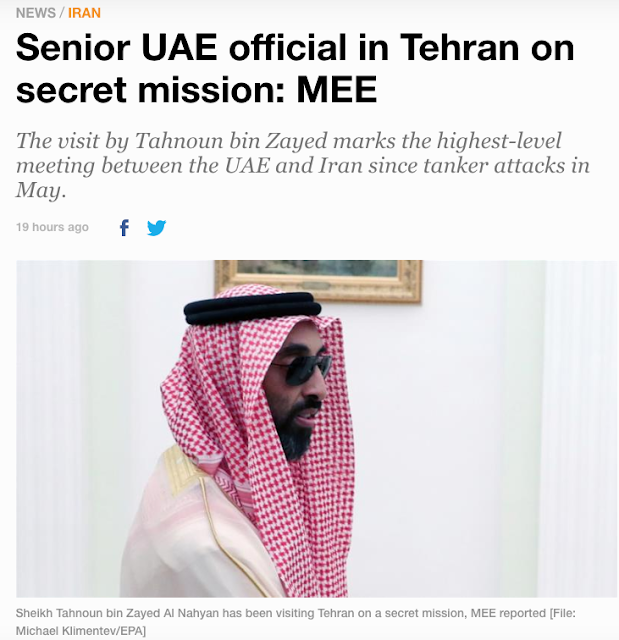 There is some good background to be had here.