May Be Affected By

Californians will once again get to 'enjoy' a pre-industrial lifestyle this week as state utilities gear up for another round of intentional blackouts aimed at reducing the risk of fires, according to Bloomberg, while PG&E claims that over to 1 million residents may be impacted by the shutoffs. 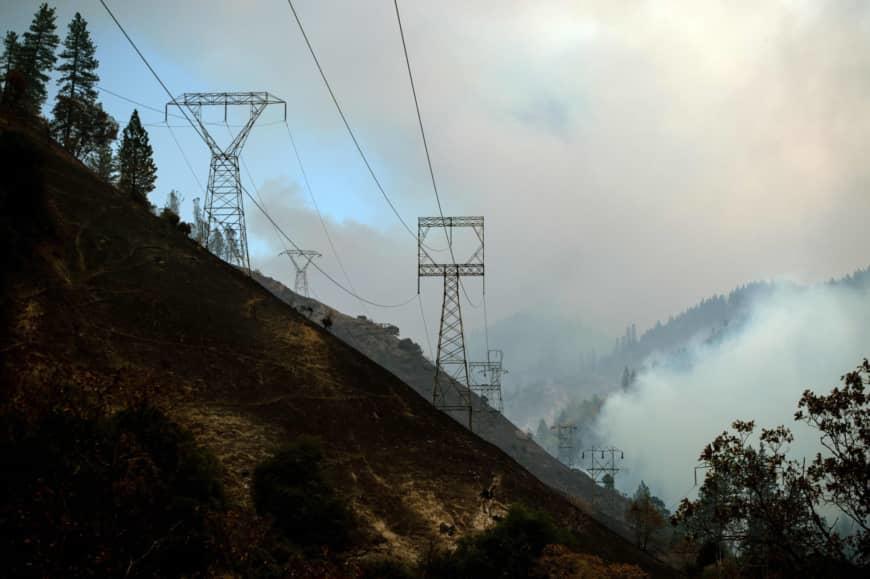 Every time the wind blows California will become Venezuela

Further south, Edison International's Southern California utility announced that 162,276 customers may be affected by a similar blackout, while Sempra Energy may cut power to 24,000.

The potential for an outage comes at a time of year when the landscape is dry and fires spark and spread easily. Northerly winds are expected to pick up Wednesday evening into Thursday morning in the hills of the East Bay and North Bay, delivering critical fire risk. Winds between 35 and 45 mph with some 55 mph gusts in localized areas are forecast for Sonoma and Napa counties.

PG&E had originally planned on cutting power to more than 209,000 households before dialing back the figure. They have provided the following website for those who may be impacted. Hopefully it doesn't go down this time. 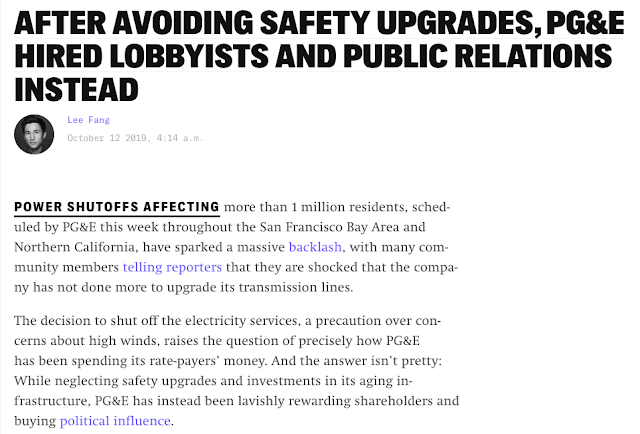 The decision to shut off the electricity services, a precaution over concerns about high winds, raises the question of precisely how PG&E has been spending its rate-payers’ money. And the answer isn’t pretty: While neglecting safety upgrades and investments in its aging infrastructure, PG&E has instead been lavishly rewarding shareholders and buying political influence.

Over the last year, reporters have highlighted the large lobby spending and billions of dollars in dividend payments to investors by PG&E, while the company avoided necessary investments in its aging transmission towers — some of which are among the oldest in the world and were known to the company to be a potential fire hazard. The aging transmission lines caused the Camp Fire wildfires last November, the most destructive in California history, that left 86 dead, over a dozen injured, and caused at least $16 billion in damages.

The Intercept has identified even more money spent by PG&E on lobbyists and image-makers, including previously unreported filings made public through Chapter 11 bankruptcy proceedings that began in January.