SkyCity on Fire in Auckland The fire at SkyCity convention centre has closed a number of arterial roads, causing a number of bus diversions and cancellations. 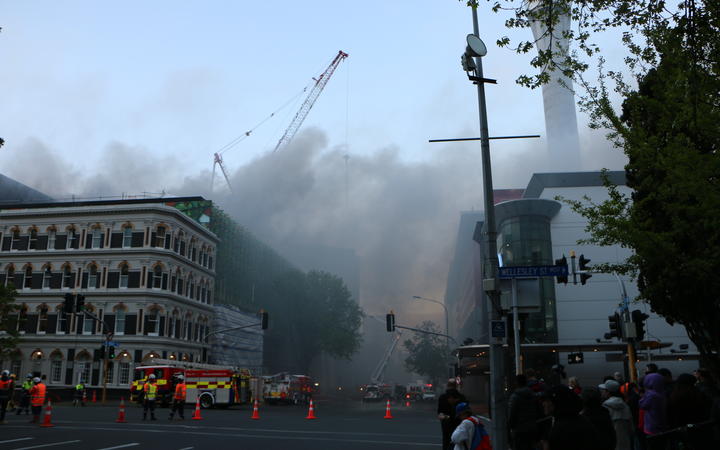 RNZ,
23 October, 2019
Smoke fills Auckland's CBD, where firefighters are battling a blaze at the SkyCity Convention Centre. Photo: RNZ / Matthew Theuniseen
Orange flames and billows of black smoke are still coming out from the roof of the SkyCity International Convention centre in Auckland this morning.
Firefighters say they're trying their best to get the fire under control after it broke 17 hours ago.
Twenty-one appliances are on the scene with laddered hoses trying to reach to the top.
Two lanes are open on Nelson Street, part of Hobson street is closed, and Wellesley Street West is closed between Hobson and Nelson streets.
Auckland Emergency Management said diversions are expected to remain in place until at least mid-morning and commuters should expect major delays.