US stealing $30 million of Syrian oil a month

This article came from various sources. Hours later came the news that al-Baghdadi was "killed" - AGAIN.

MILLION+ PER MONTH IN 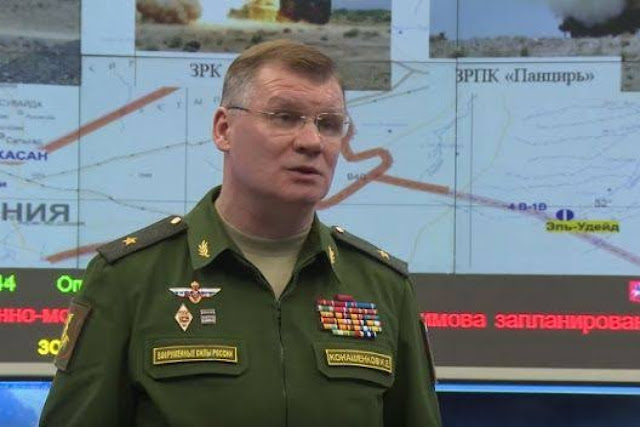 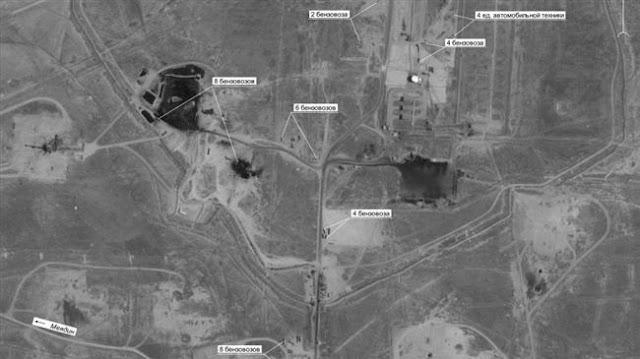 Konashenkov stressed that the convoys were guarded by US private military companies and special operations forces.
The Russian defense ministry spokesman added that the Syrian oil was extracted with the use of the equipment supplied by leading Western corporations bypassing all US sanctions. 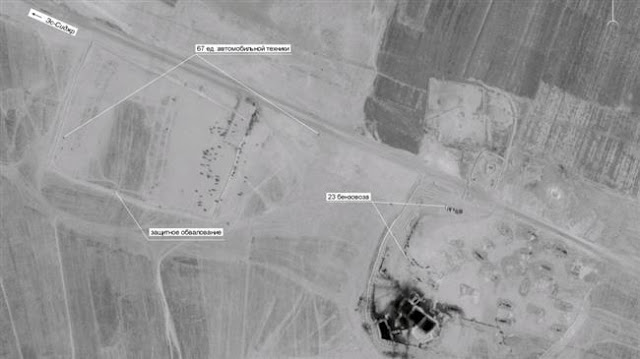 Given that the cost of one barrel of oil smuggled from Syria is $38, the monthly revenue of that “private business” exceeds $30 million, Konashenkov said.
“Tank trucks guarded by US military servicemen and private military companies smuggle oil from fields in eastern Syria to other countries and in the event of any attack on such a convoy, US special operations forces and combat aviation are immediately used to protect it,” Konashenkov said. 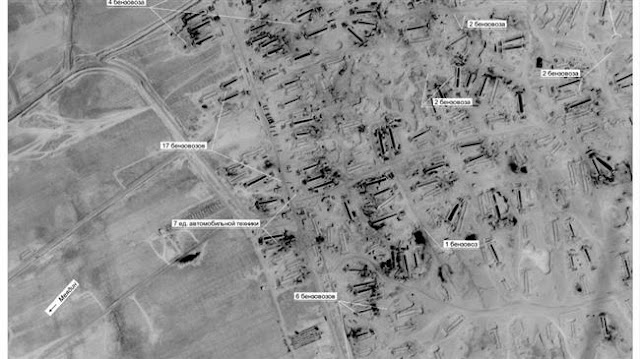 In a major U-turn in US military policy, the White House announced on October 6 that the US would be withdrawing its forces from northeastern Syria, clearing the path for an expected Turkish incursion into the region.
Three days later, Turkey launched the offensive with the aim of purging the northern Syrian regions near its border of US-backed Kurdish militants, whom it views as terrorists linked to local autonomy-seeking militants of the Kurdistan Workers’ Party (PKK).
On Thursday, US President Donald Trump approved of a new plan to keep 500 American troops in northeastern Syria to allegedly protect oil fields and keep them from falling into the hands of the ISIS terrorist group.
Pentagon chief Mark Esper confirmed on Friday that the United States plans to strengthen its military positions in Syria’s Dayr al-Zawr province in the near future to allegedly prevent terrorists from accessing oil fields.
The United States is studying how to move forces in the region “to ensure the safety of oil fields,” Esper added.
“Revenues from smuggling Syrian oil arrive at numbered bank accounts of US private military companies and intelligence services through brokerage firms that interact with it,” Konashenkov said. “To secure such a continuous financial flow free from control and taxes, the top officials at the Pentagon and Langley will be willing to "guard and protect" oil wells in Syria from the imaginary ‘hidden cells’ of ISIS indefinitely.”
Now, you know why so many high level military people are screaming about President Trump ordering removal of US troops from Syria.  A whole slew of them are lining their pockets with profits from oil they help steal.
Maybe THIS is how Barack Obama got the $14 Million for his new mansion in Massachusetts?????
Commenting on US Defense Secretary Mark T. Esper's statement that a group of US troops will remain in eastern Syria, allegedly to prevent ISIS from accessing the oil fields, a Russian Defense Ministry spokesman said the statement should not be a surprise.
In a statement, the chief spokesman for the Russian Defence Ministry, Igor Konashenkov, noted that the US' stated goal of protecting Syrian oil fields from Daesh* fighters could not be farther from the truth.
“What Washington does now – the capture and holding under its armed control of oil fields in Eastern Syria is, simply speaking, an international state banditism,” he said, adding that Syrian oil reserves and other mineral resources belong solely to the Syrian Arab Republic, not to Daesh terrorists or to “American protectors from Daesh terrorists”.
“Neither international law, nor the American legislation itself can justify the US troops’ goal to guard Syrian hydrocarbon reserves from Syria itself and its people,” the statement reads.
Posted by seemorerocks at 17:58