"It's All Just A Bunch Of

In the third day undercover CNN footage obtained by an undercover insider for Project Veritas, Field Ops manager Patrick Davis painfully admits admits that the network he's devoted his career to has become 'just awful' under the leadership of CEO Jeff Zucker. 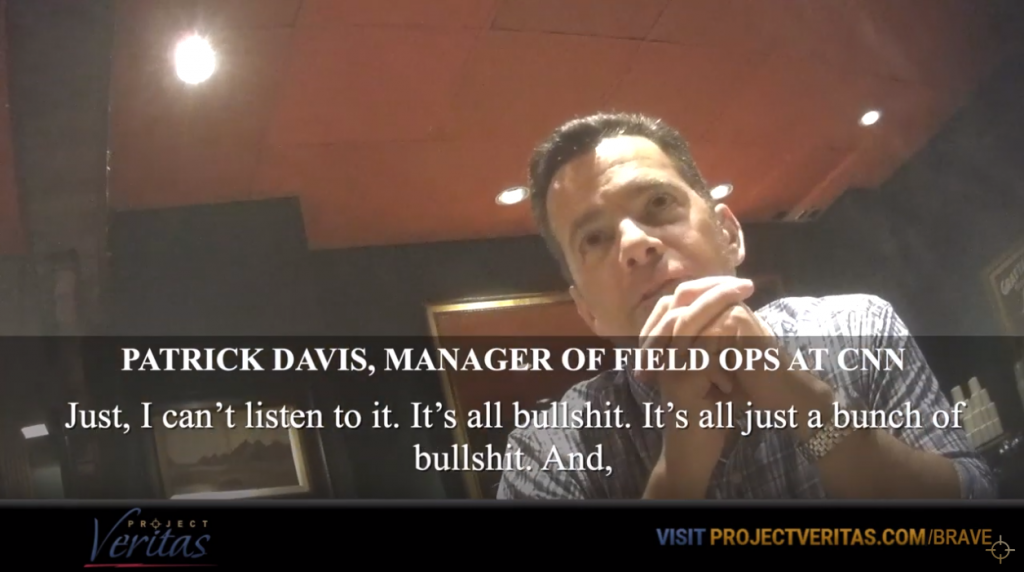 "…I hate seeing what we were and what we could be and what we’ve become. It’s just awful…I mean, we could be so much better than what we are… And the buck stops with him (Zucker)," said Davis, who has been with the network at least 15 years.
"I haven’t listened to a 9AM call in about 15 years. I just stopped," he added. "Just, I can’t listen to it. It’s all bullshit. It’s all just a bunch of bullshit. And I wish that wasn’t the case."
"You learn it in journalism school, we're supposed to be middle of the road," Davis continues. "Now it's just infotainment is all it's become. There is no true media outlet."
"Even though we're totally left leaning ... we don't wanna admit it," admits Davis.

More quotes from CNN employees via Project Veritas:
Scott Garber, Senior Field Engineer at CNN: “We used to cover news. We used to go out and do stories…But Trump is more important.”
Adia Jacobs, CNN Technical Operations Supervisor: “When Zucker took over it wasn’t until Trump that we ended up being all Trump all the time.”
Nick Neville, CNN Media Coordinator: “He (Zucker) basically said f**k all the other stories.”
Mike Brevna, Floor Manager at CNN:“It’s the Trump Network, dog. It’s like everything is all Trump…they not even thinking about anybody else. They sold themselves to the devil.”
Gerald Sisnette, Field Production Supervisor at CNN: “This is a story that’s not gonna go away…The only way this will go away is when he (Trump) dies. Hopefully soon.”
Undercover video reveals covering ‘conflict’ increases the network’s income (creating clicks) and CNN, under network President Jeff Zucker’s direction, has become the ‘all Trump all the time’ network.
Jeff Zucker, CNN President: “So, my point here is, I know there’s 7,000 impeachment stories that – Look, I am the one that’s saying we should just stay on impeachment, but when, you know, when a story of this magnitude comes up (referring to the story of alligators and snakes in a moat and shooting immigrants in the legs) and you can objectively say, you’re out of your mind. You should do it and say you’re out of your mind.”
Christian Sierra, CNN Media Coordinator: “…conflict is what sells, nobody wants to hear one-minute canned statements…Because conflict drives clicks…create clicks, get more money.”
Watch the full video below:
Entertainment Culture
Posted by seemorerocks at 17:41