Lira Tumbles After US

For Participating In Iran

One day after the US announced a menu of sanctions and tariffs on Turkey, the Turkish lira rallied as the US response to Erdogan's invasion of northern Syria was less dramatic than some expected. All that changed moments ago, when the Lira tumbled nearly 300 pips in seconds after the US Attorney's Office for the Southern District of New York announced it charged Turkey's Halkbank, one of the country's largest banks, for its participation in a "mltibillion-dollar Iranian sanctions evasion scheme."
According to the statement released just after 4pm ET, Halkbank, Turkey's 7th largest bank, was charged in a six-count Indictment with fraud, money laundering, and sanctions offenses related to the bank’s participation in a multibillion-dollar scheme to evade U.S. sanctions on Iran.  The case is assigned to United States District Judge Richard M. Berman.
In other words, yesterday's initial sanctions levied on Turkey were just the beginning. Sure enough, moments after the announcement, Senator Lindsay Graham said he will introduce a bill on Thursday sanctioning Turkey for its Syria incursion.
Meanwhile, at roughly the same time, Erdogan made it clear he was seeking to arb his foreign policy options, with Anadolu reporting that Erdogan just held a phone call with Russia's Vladimir Putin.

In immediate response to these latest developments, the Turkish lira tumbled to session lows just below 5.92. 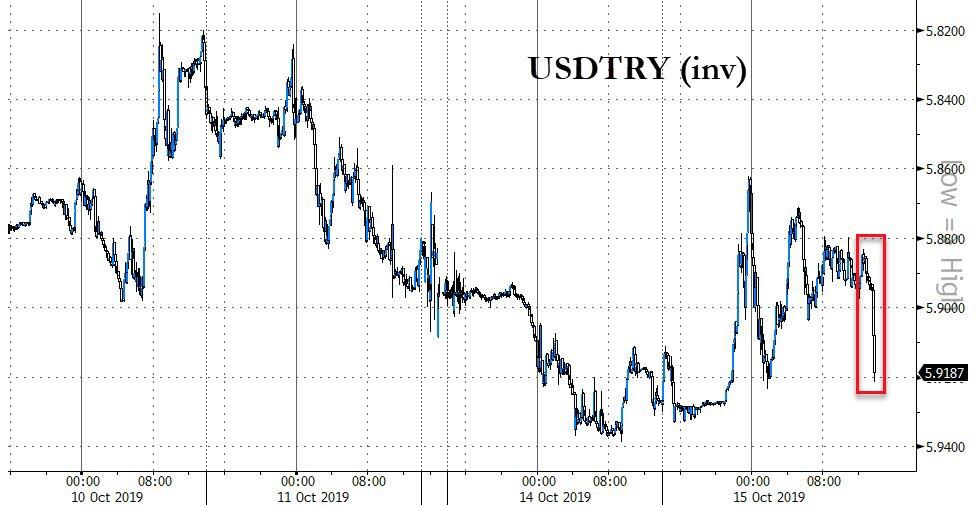 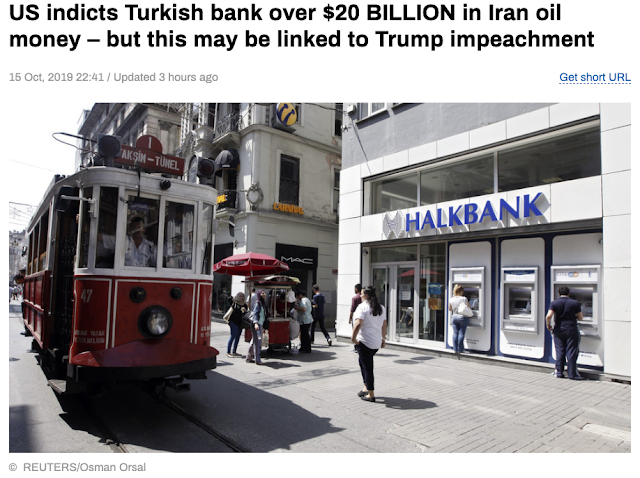 https://www.rt.com/news/471014-halkbank-charges-iran-giuliani-trump/
Posted by seemorerocks at 15:26