TruNews on the "death" of al-Baghdadi

There is so much in this that I do not have the time or energy to discuss right now.

Pay particular attention to the discussion about Trump "securing" Syria's oil. The man is mad and we are talking about nazi-style tactics. 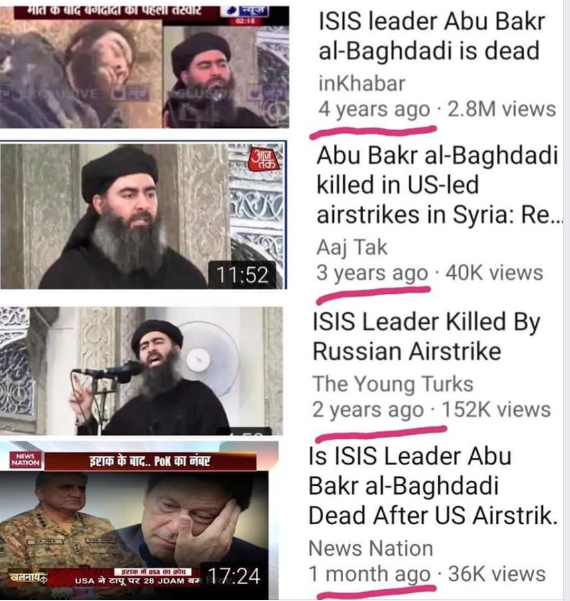 Today on TruNews we discuss the unbelievable U.S. raid against ISIS in Syria which reportedly killed the monster with many lives, Abu Bakr al-Baghdadi. We detail the inconsistencies in the official script and the moves by President Trump to “secure” oil through military force and steal Obama’s foreign policy in the process. Rick Wiles, Doc Burkhart, Edward Szall. Air date: 10/28/2019.